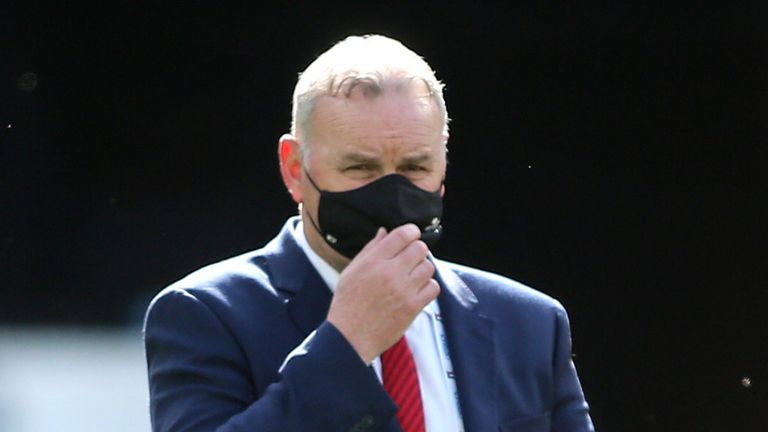 Wales head coach Wayne Pivac said they must improve if they are to beat France and seal a remarkable Six Nations Grand Slam in Paris next weekend, despite hammering Italy 48-7 in Rome on Saturday.

The Welsh scored seven tries in a thumping win over the Azzurri to seal their fourth victory in four games and put them on the brink of an achievement that few people expected at the start of the 2021 Championship.

“We’ll review the performance and we know we’ll be in for a massive game. We’ve been on the receiving end of the result both times against France.

“No fans neutralises it a bit,” he added.

6 – George North has scored a try in each of his last six games against Italy in the Six Nations, best run for a player against a single team in the tournament. Target. pic.twitter.com/APsDPBWGhw

“We’ve been to Paris in the autumn so that’s a good thing. If you asked the side if we’d take four from four and travelling to France for the Grand Slam, I think you’d know the answer.”

Pivac’s side won one match to finish fifth in last year’s Six Nations and suffered defeats to England, Ireland, Scotland and France in the autumn to top off a forgettable year, but they have been transformed in 2021.

“We know the pain we went through in the autumn with the results. But we’re seeing the players coming through from the autumn now and doing well.

“We’re pleased to be four from four and able to talk about the opportunity of a Grand Slam.”