Who knows what nightmares lie in store for the Wallabies at Eden Park on Saturday?

Having lost 33-25 in Auckland last year, following a flurry of late tries, the Wallabies were promptly hammered 57-22 at the same venue one week later, and 38-21 in Perth when the All Blacks made it to WA three weeks after that.

So, there is a possibility that the Wallabies might dish up something similar this year, with their three final-quarter tries in Melbourne merely the precursor to an All Blacks response.

However, the two-point loss in Melbourne may also be enough to justify the revival of one the most overused phrases in Australian rugby: “The gap is closing.”

The gap between Australia and New Zealand is certainly closer than it was last year, when the giddy excitement of Super Rugby AU sent me and others down the wrong path, despite the warnings of people such as Brad Thorn.

After a Super Rugby Trans-Tasman competition that was frankly an embarrassment for Australian rugby, the Wallabies never really got close to the All Blacks last year. 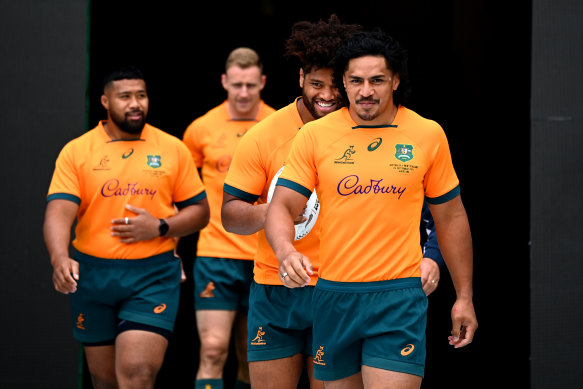 The landscape has changed since last year when the Wallabies barely got near the All Blacks.Credit:Getty

But, push the clock forward 12 months and the landscape has changed, for three reasons.

Second, Rugby Australia has overseen a barely acknowledged but highly successful talent retention and repatriation program, even though it apparently defies financial gravity.

Third, high-performance changes such as the Australia A program have been introduced, with the squad named for three games in Japan hinting at some genuine depth emerging.

On Super Rugby Pacific, you knew something had changed when the Western Force and Rebels beat the Hurricanes and Highlanders in the final round of the competition.

I have my concerns about both of those sides next year due to the exit of Santiago Medrano (Force) and the recent injury to Rob Leota (Rebels), but neither would I put a cent on all five New Zealand teams making the finals in an eight-team finals format. It’s evened up a bit.

As for the Brumbies, Waratahs and Reds – whose coaching structure now looks far more appropriate for the demands on Super Rugby with the addition of assistants Phil Blake and Mick Heenan – they should have unambiguous ambitions about finishing as high as possible on the ladder to give themselves a better chance when the finals arrive.

The hopes of all three sides have been bolstered by RA’s work in keeping players in Australia, or bringing them home.

For mine, it’s almost been the storyline of year despite it commanding little attention. New Reds lock Luke Jones is a good player. Brumbies recruit Ben O’Donnell is a good player. Kurtley Beale and Tolu Latu? Yes, a few more question marks but good players. 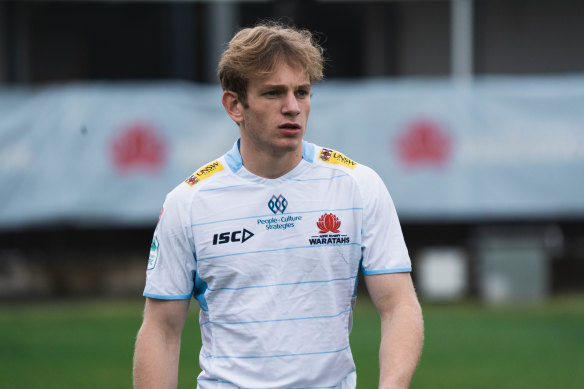 Financially, I’m not quite sure how RA and the Super clubs have done it. Perhaps it’s the lure of the Lions series in 2025, perhaps it’s been all put on the corporate credit card, or perhaps the overseas market has softened a bit as two clubs in England (Wasps and Worcester) threaten to fall over.

But retention and recruitment has been good and the loss of Tom Banks to Japan has very much been the exception.

The depth that follows from this good work can be seen in the Australia A squad for Japan. Dave Rennie must be pulling our legs when he said banned lock Darcy Swain needed those three games – he’s been in every Wallabies 23 this year – but if that was too clever by half then the inclusion of promising talent Max Jorgensen was just flat-out clever.

Rugby can sometimes overdo the ‘sign for rugby and see the world’ sales pitch, but it’s fundamentally true, and using the carrot of a trip to Japan was a smart move as part of the package to Jorgensen.

He will be surrounded by several blokes who will become regular Wallabies in coming years, so it’s a big opportunity for him.

It’s also evidence of some real joined-up thinking inside Rugby Australia, which should assist the Super Rugby teams’ self-evident drive to get better.

I expect the Wallabies to lose at Eden Park, but I also really like some of the signs in the bigger picture.

Watch every match of The Rugby Championship and Bledisloe Cup on the Home of Rugby, Stan Sport. The Wallabies return to Eden Park to face the All Blacks at 5.05pm Saturday AEST. All matches streaming ad-free, live and on demand on Stan Sport.