Liam Williams, George North and Josh Navidi fit for selection as Wales are given triple boost ahead of Six Nations meeting with England at Twickenham

Wales were handed a triple boost for their trip to Twickenham with Liam Williams, Josh Navidi and George North all set to be fit for selection.

Williams has not played since injuring his ankle at the World Cup in the week of the semi-final, and North went off with a head injury against France last weekend.

But both should be ready for England next Saturday as well as flanker Navidi, who is yet to feature this tournament after pulling his hamstring. 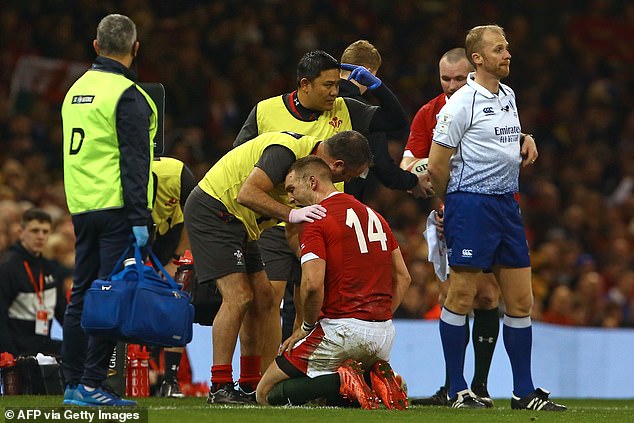 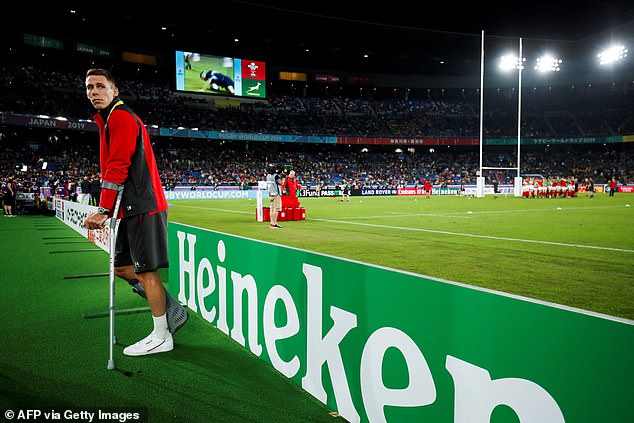 Liam Williams, out since the 2019 World Cup, is also available to face England at Twickenham

Williams was not released to play for the Scarlets against Munster, having re-joined the region from Saracens this week, as Wales want him to train with them in the build-up to the Six Nations match.

‘He’s getting the volume into his working week,’ said attack coach Stephen Jones.

‘It’s nice to have him on the training paddock with us, the bubbly character that he is. Hopefully Josh and Liam can tick every box along the way and can put their hand up for selection.’ 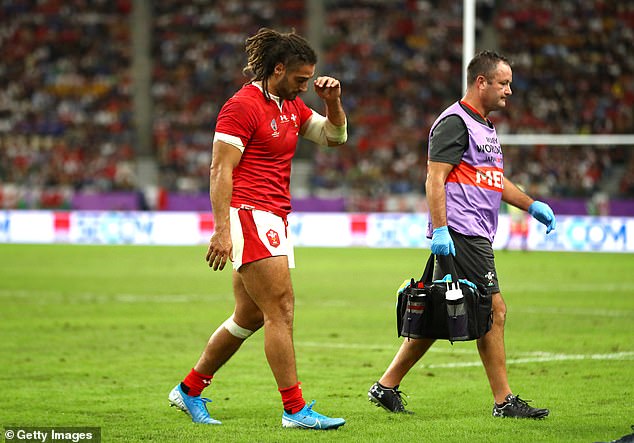 Wing Josh Adams is out for the tournament so Wales need all the experience out wide they can get to avoid three consecutive defeats in the championship for the first time since 2007.

North is going through the usual return to play protocols.

‘The key is how George is managed, it’s of huge importance,’ added Jones.

‘He’s ticking every box. He’s going down the correct path and he’s in good spirits.’