The Lions are laughing at six and seven… Warren Gatland has a welcome dilemma with high-quality flanker options on tour, as Tom Curry prepares to make his debut and add intrigue to the battle for places

In the midst of tour chaos, Tom Curry is ready to make his Lions debut on Wednesday – and the England flanker’s first appearance will add further intrigue to the fiercest battle for Test places.

While Covid turmoil rages around them, Warren Gatland and his squad have to stay focused on the business in hand on the assumption that it will proceed.

The task for the tourists is to beat the Sharks at Ellis Park and add another layer of organisation, cohesion and confidence ahead of three encounters with South Africa. 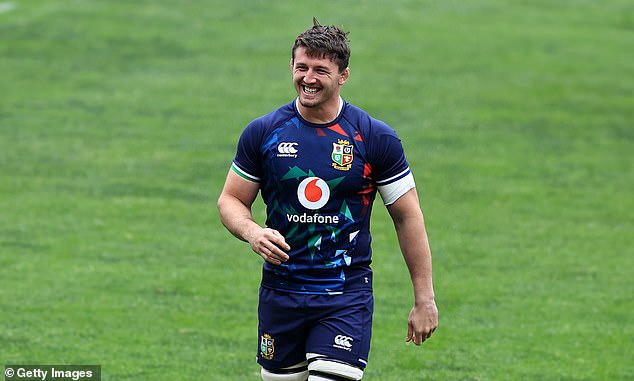 Then the task for Gatland and his assistant coaches will be to sift through the latest evidence after all their players have been given a start and gauge the impact on their plans for that Test series against the Boks.

There will be many selection debates in the next fortnight or so, but nowhere are there more supreme candidates closely vying with each other than in the back row.

Justin Tipuric was ruled out after suffering an injury against Japan, but Tadhg Beirne, Courtney Lawes and Hamish Watson have all excelled. The latter was man of the match in the demolition of Gauteng’s out-classed Lions on Saturday. 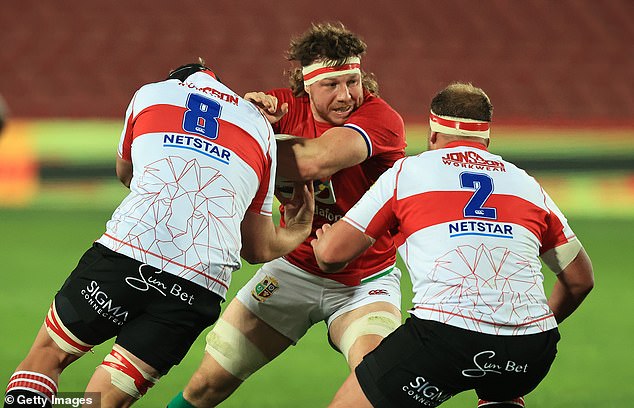 The Scotland openside made a statement in that game and now Curry must seek to do the same.

He has only recently turned 23, but the Sale star is already a stalwart of the England pack and acclaimed as one of the best players in the world.

Before the tour began, he was widely seen as a near shoo-in for the Test XV, but Watson has staked a compelling claim. 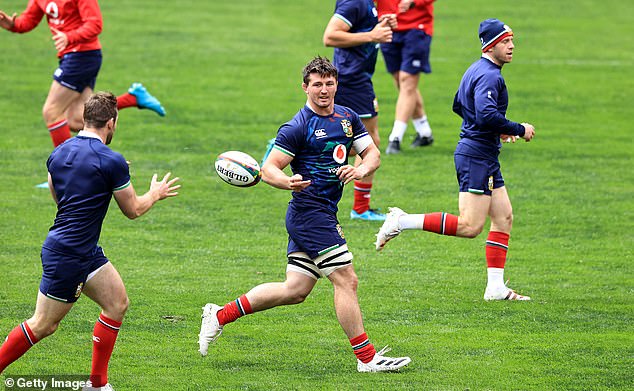 Curry is relishing a personal landmark of wearing the fabled red shirt, but over-exerted himself

‘The opportunity has finally come so I can’t wait to get out there,’ he said. ‘It’s about doing what I love and playing for a team I’ve dreamed about.’

Such was his desire to be involved, he over-exerted himself in the gym and suffered a minor pectoral strain, leading to a debut delay. Asked if he had been worried, Curry said: ‘Yeah, a little bit. I got a bit excited on a bench-press! But it’s probably a good thing, to put me back in check.’

While those outside the squad regard every game in the context of what it means for Test selection, Curry railed against that.

He is determined to emphasise the collective agenda of series success, whoever is chosen to make it happen. He is at pains to identify the other flankers in the squad as co-operative comrades, not rivals. 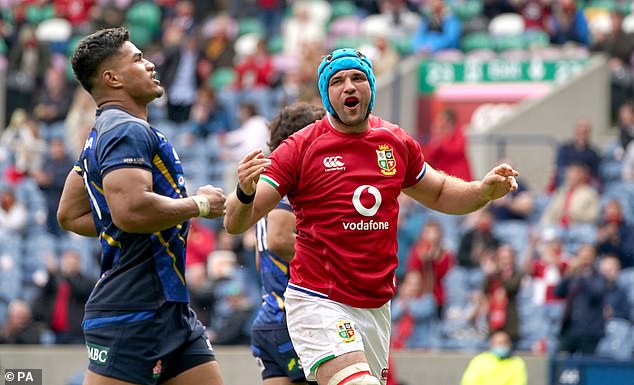 ‘Everyone is mentioning selection as if it’s a negative thing for the players,’ he said, exasperated. ‘It’s not. It’s brilliant to see Tadhg go well and brilliant to see Courts and Hamish go well at the weekend. I can’t wait to get my opportunity, especially with Sam Simmonds and Josh Navidi. They’re both unbelievable players.’

Of course, the reality is that Curry has personal objectives – the same as every other Lion working hard in their Covid bubble in a northern suburb of Johannesburg.

He will want the chance to lock horns with the Boks, but there are so many pedigree back-row options. On the basis that Taulupe Faletau is a near-certainty to start at No8, there are several superb forwards jostling for the two vacancies on the flanks.

By picking Irishman Beirne to wear six against Japan and Lawes to occupy that role last weekend, Gatland gave a significant hint that he is seeking the balance of having a big blindside who can offer clout and aerial prowess. 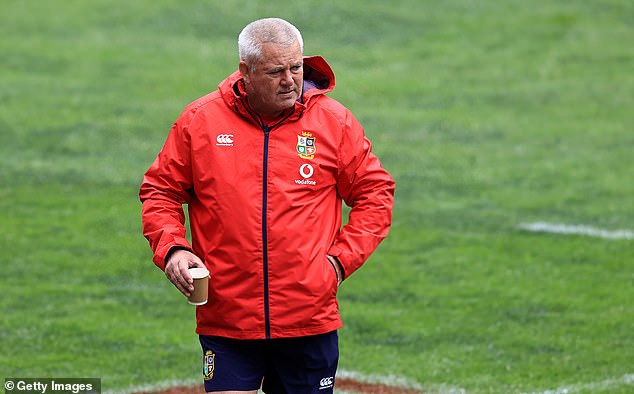 That appears to negate the possibility of Curry and Watson operating in tandem as twin opensides charged with dominating the breakdown, although such a ploy can’t be ruled out yet.

Just to add further intrigue, Navidi starts after being called up to replace Tipuric and there are many experts, including ex-Lions captain and openside Sam Warburton, who believe the powerful, versatile Welshman could emerge as a dark horse for Test selection.

The debate will rage on. ‘It’s really tough,’ said Lions defence coach Steve Tandy. ‘We can bring Tom in now and he’s outstanding.’

Expect Curry to excel, just as Beirne, Lawes and Watson have already done. And expect Navidi to force himself into the mix as well.

Then expect the coaches to have plenty of long meetings over the next two weeks.

It is a sign of the Lions’ quest for balance that these two men, primarily locks, are the front-runners in this position.

Both have made their case well already and have imposing presence, in contact and in the lineout. Courtney Lawes is a superb carrier these days, as well as a defensive hit-man, with good hands.

However, Tadhg Beirne may have an early edge on the strength of his Six Nations form and his expansive repertoire. He is good over the ball and dazzled against Japan – scoring a try expertly and even kicking for territory.

Unless the Lions unleash them in tandem, their duel will be a fascinating sub-plot ahead of the Test series.

Tom Curry is already a formidable talent with a global reputation as one of England’s so-called ‘Kamikaze Kids’ who illuminated their charge to the World Cup final.

He is a thunderous tackler, has astonishing work-rate and has developed as a lineout option.

Hamish Watson was Six Nations Player of the Championship and is a relentless dynamo seemingly hell-bent on disproving the theory that he is too small to stand up to the Boks.

P.S: Don’t rule out fifth candidate Josh Navidi, who was a late call-up but is highly regarded by Gatland as a physical, combative utility asset.