Birchgrove Oval – where 114 years ago, fans paid sixpence to watch the first two professional rugby league games played in Australia – is nestled in an inner-west suburb boasting a $3 million median house price and more PhDs than any other Sydney locality.

Westmead, in the heart of Parramatta Eels territory, comes next when it comes to doctorates. And right there, like Junior Paulo off the back fence, comes the changing face of rugby league.

It’s been 36 years since the Eels won a premiership and the tired, eye-rolling stereotype of fans trading high-vis for blue and gold belongs to a similar page in history.

Just as Parramatta’s CBD has exploded as the second home of every major Australian bank, so too has the region’s population and earning capacity.

Census data from last year showed the median weekly household income for Parramatta residents has more than doubled over the past decade (from $882 to $2051), and exceeds the national figure by 15 per cent. 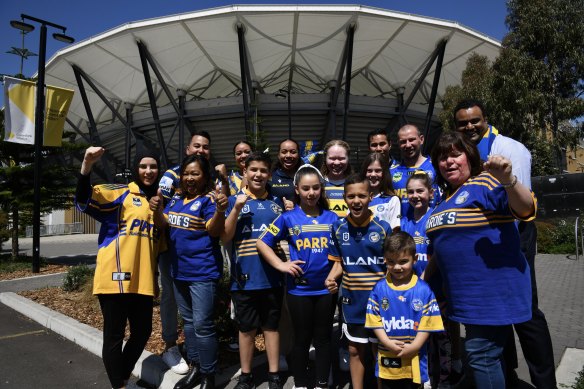 The Parramatta fanbase has become one of the game’s most culturally diverse.Credit:Dean Sewell

On the club front, research commissioned by the Eels in 2019 found one in five Parramatta fans were born overseas, and around 30 per cent were first-generation Australians born to migrant parents.

“So there’s an incredibly rich and diverse group of Parramatta fans borne out of all the change in Parramatta,” Dr Jess Richards, lecturer in sport management at Western Sydney University and lead researcher says.

“Sky-rise buildings, cultural hubs and entertainment precincts, they’ve all come about through huge investment in the infrastructure of the city.

“There’s people from highly paid positions who now work in the Parramatta City region, and they now come to games. There’s the families from the Hills, Blacktown and Rouse Hill regions.

“There’s migrants from Indian and Chinese communities that spoke to junior rugby league pathways and being introduced to the game by their kids.

“And it’s become a real mixing pot of different social classes and cultural backgrounds, all united by the Parramatta Eels.”

It all makes for one beautifully chaotic grand final week, as the Panthers know all too well.

Penrith went into camp at a Parramatta hotel last Friday before their grand final qualifier against the Rabbitohs.

A combination of Lebanese drums, cheering fans and honking horns up and down the streets of Parramatta kept the Panthers awake well into the wee hours.

“If you look at the 10-15 kilometres around CommBank Stadium, it’s one of the most multicultural populations in the country.

“Ideally, weeks like this will create a new generation of Parramatta fans and that diversity only keeps growing and growing.” 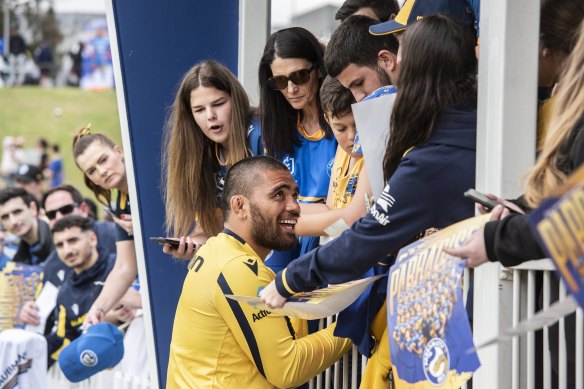 ABS data mapping projects Parramatta’s population is projected to grow 48 per cent by 2041. The Penrith LGA’s population is set to rise by 25 per cent. In both regions and fan bases, the heritage base becomes broader every year.

Treading the fine line between old and new, tradition and progress, is a dance both clubs negotiate just like the rest of rugby league.

Sarantinos himself – of Greek heritage, sporting faith but no NRL connections until becoming an Eels director during the 2016 salary cap saga – embodies Parramatta’s shift.

Similarly, coach Brad Arthur – raised in Schofields (right on the edge of the Parramatta-Penrith frontline), once a Blacktown City council worker and raised on rugby league – epitomises the Eels’ traditional base.

“That will always be rugby league’s greatest strength. League cannot, and never should lose its roots as a working-class sport,” Christopher Brown, chair of the Western Sydney Leadership Dialogue think tank and self-confessed Eels tragic says.

“That is authenticity that simply cannot be recreated, and it’s where a lot of your players do still come from. But the game’s also adapting as western Sydney adapts and changes.

“Parramatta’s a booming economy and the Eels need to play their part in shaping that story.

“It’s almost happened despite them to be honest, because of the 10 to 15-year period where the club struggled, was at the bottom of the ladder, and there was all sorts of corporate chicanery.

“The front office is in order now and the club’s humming along.”

Parramatta’s last decade of dominance in the 1980s – and Penrith’s own dynasty in the here and now – spell out just how important it can be to source talent locally.

Sunday night’s grand final will see 14 home-grown Panthers products in Ivan Cleary’s line-up, just as the four Eels premierships of the ’80s were won with a healthy swathe of local juniors.

Star five-eighth Jarome Luai is one of six Samoan representatives in Penrith’s named 17, reflecting a migrant population that has doubled in the past 20 years according to Blacktown City Council.

As told by NRL.com recently, a church set up in Mt Druitt by the parents of Penrith cult heroes Tony and Frank Puletua during the early 1990s helped solidify the Samoan community with rugby league at its core.

“My dad went to school with those guys and grew up with them,” Luai says.

“And rugby league’s a huge part of the Samoan community, it’s a massive part of the Penrith area and who we are as people.

“I’ve seen our area change and people come together around a footy team. The best bit is you used to see a definite mix of jerseys out here.

“Parramatta colours, South Sydney, whoever. That’s changed now. It’s Penrith jerseys and nothing else – it’s a blackout and it’s awesome.”

With similar community connection in mind, Parramatta made what was at the time a controversial call to base its $40 million high-performance centre – which also services three community clubs – at Kellyville. 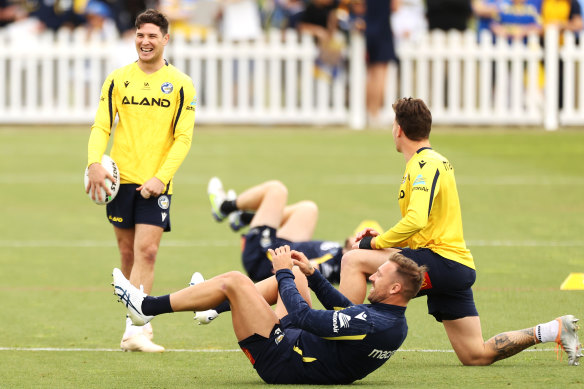 The club’s membership data pointed to 40 per cent of Eels members either living in the Hills District or in close proximity – an area Brown describes as “for so long, unserved by sport but well-served by wealth”.

With three rival NRL clubs bordering the Eels traditional catchment areas, and GWS Giants and Western Sydney Wanderers smack down in the middle of them, every move is calculated and consequential.

Not least the decision to fast-track Parramatta’s NRLW outfit into existence and after just 11 games together, into Sunday’s grand final against fellow expansion side Newcastle.

The chance to be western Sydney’s first NRLW side saw the Eels up and running almost two years earlier than originally planned.

“Our NRLW team provides that connection point to young girls that support Parramatta or live in our area,” Sarantinos says.

“And it doesn’t matter in what way, whether it’s as a fan or a player, as long as their involved with the club.

“We decided to make ourselves feel uncomfortable, fast-track those plans and bring the team into existence. Because the more people we can connect with the game, the better off we’ll all be.”

Increasingly, the numbers say that connection comes in alternative fashion.

Fans from the Parramatta region’s enclaves talk of touch footy and OzTag as the source of their first rugby league encounter. 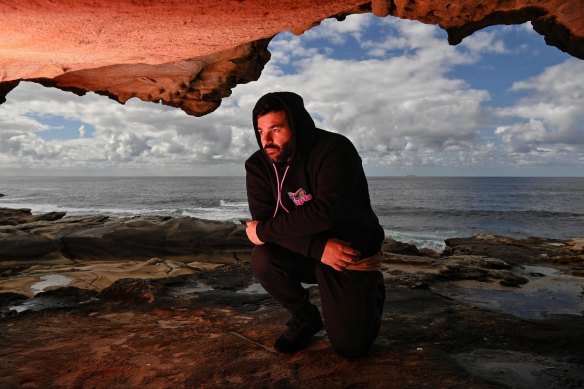 Maroubra rapper Masked Wolf has a worldwide hit with Astronaut in the Ocean.Credit:Nick Moir

The Sri Lanka schools touch footy comp in April was hosted by the Eels and drew well over 1000 players and punters to the club’s Kellyville HQ.

Come game day 25 minutes away at CommBank Stadium, corporate boxes are filled with types coming down the road from Parramatta’s CBD.

A collaboration with music festival Sound West saw rapper Masked Wolf and hip hop upstart A.Girl performing either side of an NRLW and NRL doubleheader in late August.

Sarantinos says the Eels research points to around “30 per cent of the people that came through the gate that day … were at their first-ever rugby league match”.

“Rugby league is a language that everyone speaks in western Sydney,” Paulo sums up simply. “Everyone understands it. Whether they’re playing at junior level or supporting, that’s what brings the community together. So when we run out, it’s all about rewarding them and giving back to western Sydney.”

Watch the NRL Grand Final Exclusive Live and Free on Channel 9 and 9Now.