Sydney are dealing with a COVID-19 outbreak among their playing group and football department, disrupting Christmas plans during the official off-season period for players.

The exact number of Swans players affected by the outbreak is still being determined. Channel Seven reported that at least 10 Swans were caught up in the drama following a boat cruise late last week. 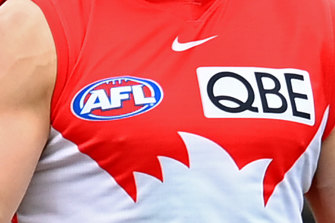 Sydney confirmed that all players and staff affected had been double-vaccinated, as required by AFL rules.

“The Sydney Swans can confirm some members of the football department, including players, have tested positive for COVID-19 during their leave period,” the club said in a statement.

“All affected players and staff are double-vaccinated and all report to be in good health.

“The club’s primary concern is for the health and safety of all players, staff and their families. All positive cases are adhering to relevant state government health directives.″⁣

It is unclear if some players affected by the outbreak have travelled from NSW to other states.

The Swans said all members of the football program returned negative COVID-19 tests before their final training session on December 15, in line with league protocols that includes weekly PCR testing and regular rapid antigen testing.

Sydney staff are due to return from leave on January 6.

Last month the league told clubs it intends to forge on with training and playing through 2022 despite it being inevitable that players and key football staff will be diagnosed with COVID-19.

AFL CEO Gillon McLachlan indicated at a meeting of CEOs that the approach of the league and clubs would be that everyone would need to learn to live with COVID-19, managing the inevitable disruptions.