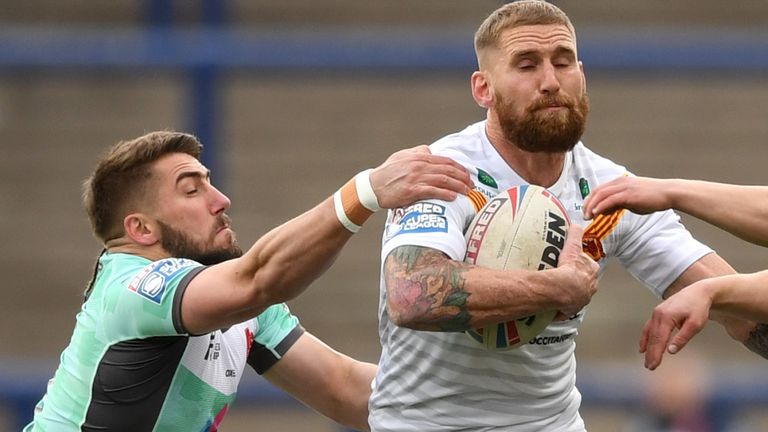 Hull KR have been praised for agreeing at short notice to fly to Perpignan on Saturday for a re-arranged Betfred Super League fixture with Catalans Dragons.

Both clubs were left without a fixture this weekend when their games against the Challenge Cup finalists were called off after both St Helens and Castleford reported fresh Covid-19 outbreaks at their clubs.

St Helens were due to host Hull KR on Friday night, while Castleford were preparing for a trip to the south of France on Saturday.

The Catalans-Hull KR fixture was originally due to be played on July 5 and the Rugby Football League was keen to ensure Catalans did not lose another home game.

The Dragons, top of the table and on a club-record nine-match winning run, are now permitted crowds but have played all but five of their 15 league and cup fixtures so far this season in England.

Super League chief commercial officer Rhodri Jones said: “I would like to thank Hull KR for their willingness to accommodate a late fixture change to this week’s schedule and helping to ensure a game goes ahead in Perpignan.”

The move suits Hull KR, who are keen to get back in action after a month’s enforced break. They have been impacted the most by the pandemic’s new wave of infections, having had five games postponed. 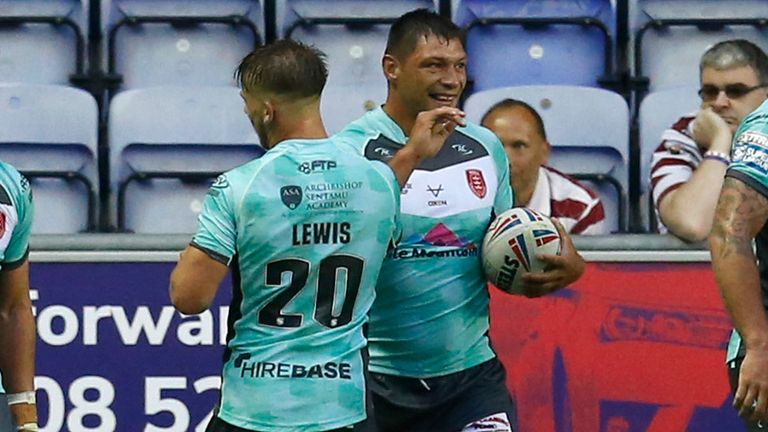 The derby with Hull FC has been called off twice and is not guaranteed to be arranged for a third time.

Tony Smith’s men have not played since June 18 when they toppled Wigan, a third successive win which lifted them into the top six, and they have played four games fewer than some of their rivals.

With only eight weeks left of the regular season after this weekend, Hull KR could face some difficulty getting in the eight fixtures they still need to fulfil in order to meet the minimum of 18 required to qualify for the play-offs.

With Leigh’s home game against Warrington scheduled for Thursday night also falling victim to the upsurge in cases, it takes the number of Super League fixtures called off in the last two months to 15.

“The growing number of postponements, while reflecting the prevalence of Covid-19 in society, is a major concern for rugby league as for other sports,” said Karen Moorhouse, the RFL’s chief regulatory officer.

“In that context, Hull KR’s willingness to rearrange their away match against Catalans Dragons is an example of the flexibility that served the sport so well through 2020, and which may be required over the coming weeks and months.”

St Helens say all their players returned negative lateral flow tests both before Saturday’s Wembley final and on Monday as they prepared for their open-top bus parade through the town. 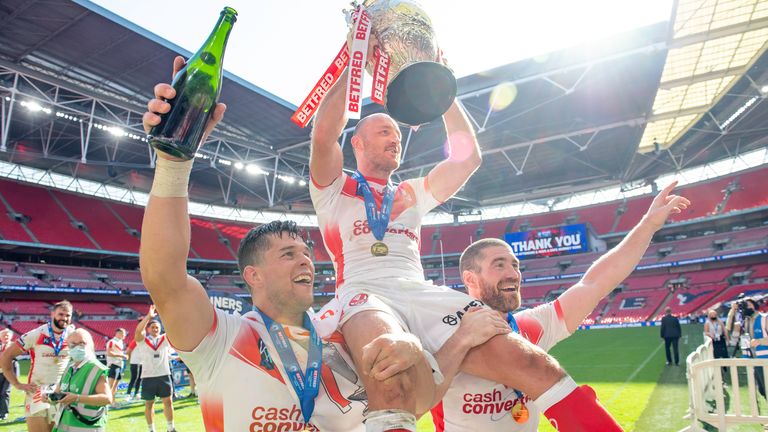 A statement from the club said: “All the players and staff who were present on the homecoming parade bus returned negative lateral flow tests.

“One player who was not part of the 21-man squad at Wembley returned a positive lateral flow test.

“The club therefore made the sensible decision to then PCR test the whole squad and coaching staff with the health and well-being of the players and their families being paramount.

“The PCR tests have since returned a further two positive tests which has subsequently led to a large number of the squad having to self-isolate through track and trace and close contacts.

“The club has therefore had more than seven of our top-25 players required to isolate, meaning the game has to be postponed under the Covid Fixture Protocols.”

Castleford also have more than seven first-grade players unavailable due to Covid protocols.

Fixtures across all three tiers of the professional game have been affected this weekend, with London Broncos’ Championship fixture with Widnes cancelled and the League 1 games at Rochdale and Doncaster postponed.