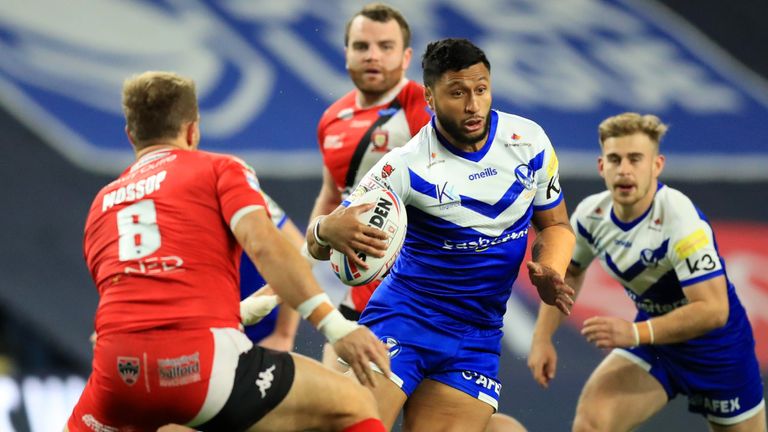 Positions in the 2021 Betfred Super League will again be determined by win points percentage to allow for the possibility of postponements as a result of Covid-19.

The regulation was introduced last September following a spate of cancellations and will be used in the Betfred Championship and League 1 this season.

The Rugby Football League says clubs will need to play a minimum of 70 per cent of their regular fixtures – or 18 out of 25 – to qualify for the top-six play-offs, unless they have already earned a place in the top six through league points.

– Teams relegated if it plays less than required number

The regulations surrounding postponements have been broadly carried forward from 2020, with clubs permitted to withdraw from a fixture if they have seven or more of their top 25 players unavailable due to Covid-19 related reasons.

Clubs could still opt to play even with seven or more players unavailable while the fixture will only be rearranged if both clubs have the same available match slot.

A team will still be relegated if it plays less than the required number of matches and the RFL board will have discretion to determine a new minimum figure if four or more clubs do not reach the 70 per cent threshold.

The RFL has abolished dual registration, again in response to Covid-19, but has halved the minimum length of a loan period from four weeks to two, and put back the cut-off date for approaches to out-of-contract players from April 30 to May 31 to reflect the later start to the season.

If a club is unable to fulfil a tie in the first two rounds of the Challenge Cup, it will be awarded to their opponents because of limited time between the rounds but subsequent ties will be rearranged, taking precedence over league fixtures.

If clubs are unable to fulfil a match due to player availability outside Covid, the points will be awarded to their opponent with a score of 24-0, as happened to Warrington after Salford pulled out of game last season. Sky Sports have announced the classic matches which will be shown in the build-up to the new Super League season as part of the rugby league takeover on Sky Sports Arena later this month.

We have delved into the archives to dig out over 40 classic encounters from the past 25 seasons of Super League, Test and World Cup clashes and some iconic Big League showdowns from the sport’s winter era.

Find out which matches are being shown and on what day (broadcast times to be confirmed) as we count down to the 2021 campaign kicking off on Friday, March 26…