The AFL Players Association will look to establish a joint AFL/AFLW collective bargaining agreement when they sit down with the league to negotiate a new deal for players, following the record-breaking broadcast agreement announced yesterday.

The association is meeting players from all clubs to gain agreement about the broad principles to be followed with both the AFL and AFLW CBA’s expiring at the end of the season.

The male and female competitions would still have different pay structures but many of their conditions would overlap, leading to a view that developing a joint CBA would be the most efficient and practical approach. 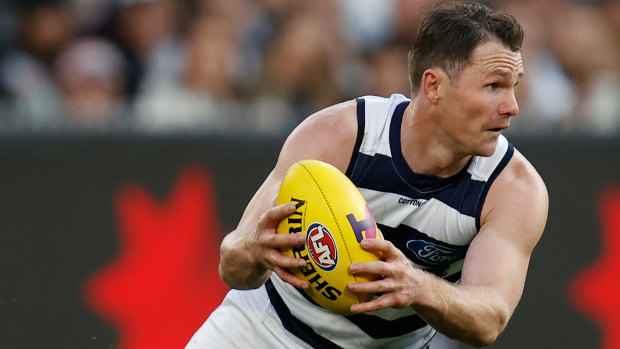 A source who will be involved in future negotiations said all parties understood that creating a joint CBA would build a solid foundation for the future with the Players’ Association likely to seek a multi-year deal when they start discussions with the AFL in coming months.

The most recent AFLW CBA for season seven was struck in May, just before players returned to pre-season training while the current AFL CBA from 2017-2022 was renegotiated during the COVID shutdown as the League and players found a new footing that enabled them to deal with the pandemic. 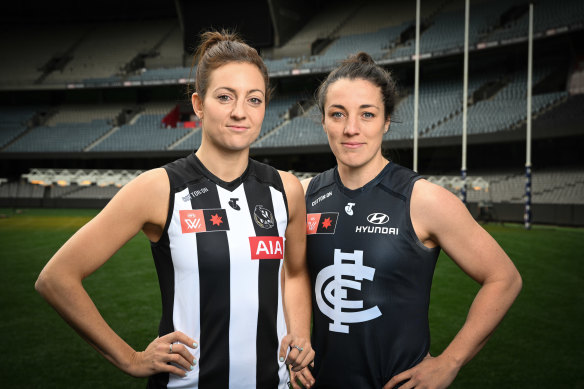 Carlton’s Kerryn Peterson is on the AFLPA board with Steph Chiocci a key AFLW leaderCredit:Eddie Jim

AFLW players received a massive 94 percent boost in income in their season seven deal which lifted their income from a relatively low base.

The new broadcasting deal is worth $4.5 billion over seven years from 2025-2031 building on the existing broadcast deal that promised $946 million broadcast revenue to the game in 2023-2024 underpinning a new pay deal with one club source saying credit should be paid to players and football department staff who have continued to create a great product despite the cuts made at club level.

Negotiating a new CBA is one of the key pieces of work AFL CEO Gill McLachlan wants to complete before departing the job at the end of the year with a revised funding model and a decision for a standalone team in Tasmania also on the agenda.

Finalising a new CBA will be high on the agenda as the game aims to create certainty in the industry as clubs and participants have been flying in the dark to some extent as to what money will be available in the TPP in 2023 and beyond.

How the additional finances are allocated over the life of the deal could have a significant impact on the amount of cap space some long-term deals consume with players such as Collingwood’s Darcy Moore, Melbourne trio Clayton Oliver, Angus Brayshaw and Christian Petracca and Giants’ quartet Josh Kelly, Lachie Whitfield, Stephen Coniglio and Toby Greene all on deals stretching until at least 2027 with Oliver locked in until 2030.

It’s unclear which players have TPP increases factored into their contracts and which don’t as clubs, players and their managers take different approaches depending on the negotiation.