In recent years Melbourne Storm have successfully replaced Billy Slater and Cooper Cronk but on Friday they officially began the toughest task of all.

That job started with the appointment of Jesse Bromwich and Dale Finucane as co-captains for the 2021 season. 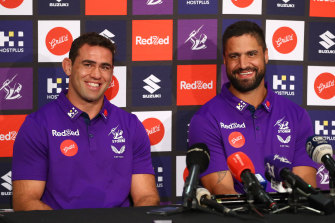 Smith leaves behind the captain’s role, the goal-kicking duties and his own unique space as the chief playmaker and referee whisperer.

Bromwich and Finucane, both forwards, have been developed to take on the duties after several years as vice-captains and both consider their promotion a special honour within their own celebrated careers.

Bromwich has played 248 games and won three grand finals, while also captaining the side six times and representing New Zealand.

Finucane has played 201 games, 135 of them for the Storm since crossing from Canterbury Bulldogs in 2015, and he’s played in two Storm premierships and represented New South Wales.

“It’s something both Jesse and I embrace and we are proud to do it – especially for this club,” Finucane said on Friday.

Storm coach Bellamy, who made the final call on the pair, said on-field duties will likely be swapped every few games and Bromwich stands ready to do his part and learn on the job.

“I guess the position I was in, I was next to Smithy the whole time so I had the best seat in the house in terms of learning leadership and how to do those things,” Bromwich said.

“It’s going to be rocky at some stage but we want to work hard at it and be the best we can be.”

But Bellamy admits he is still coming to grips with the hole Smith’s departure has left. 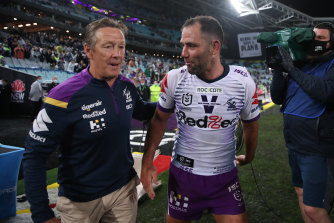 Smith still has yet to announce whether he will retire or play on but he called Bellamy on Friday and also called the new captains giving them his blessing and congratulations.

“I don’t think people realise how much we will miss Cameron, he’s probably the best dummy-half [hooker] there has ever been,” Bellamy said.

“We will miss him there without a doubt but he is also our goal-kicker. Our captain. There are so many things that you don’t realise how well he has done them. We have to make up for them. Even myself, I was blind to that at the start of the pre-season.”

Harry Grant and Brandon Smith are still battling for hooker duties, with Grant considered the favourite, while goal-kicking duties remain up in the air with full-back Ryan Papenhuyzen and five-eight Cameron Munster both working towards the role.

Bellamy praised his co-captains for the example they set as leaders.

“Jesse is probably one of the most respected players, among our players, of anyone at any club I’ve ever been involved with just through what he has done and how he has improved his game,” Bellamy said.

“He’s won three of our player-of-the-year awards in a row and that was while our big three were at their best.

“I’ve never seen anyone prepare for what they need to do at the weekend better than Dale. He doesn’t leave any stone unturned, he doesn’t take shortcuts and he’s fully team orientated.

“So there are some really good leadership traits between them. The big thing for them is that Cameron has done it for so long that these two haven’t had much practice at it.

“They will need some help from the other players and I’m sure they will get that.”

The Storm also announced late on Thursday they had moved their only trial game from Casey Fields to Albury Sports Ground after opponents Newcastle Knights refused to come to Melbourne due to concerns over the recent COVID-19 lockdown.

The game will still be next Saturday but the Storm are highly disappointed about the stance from the Knights. 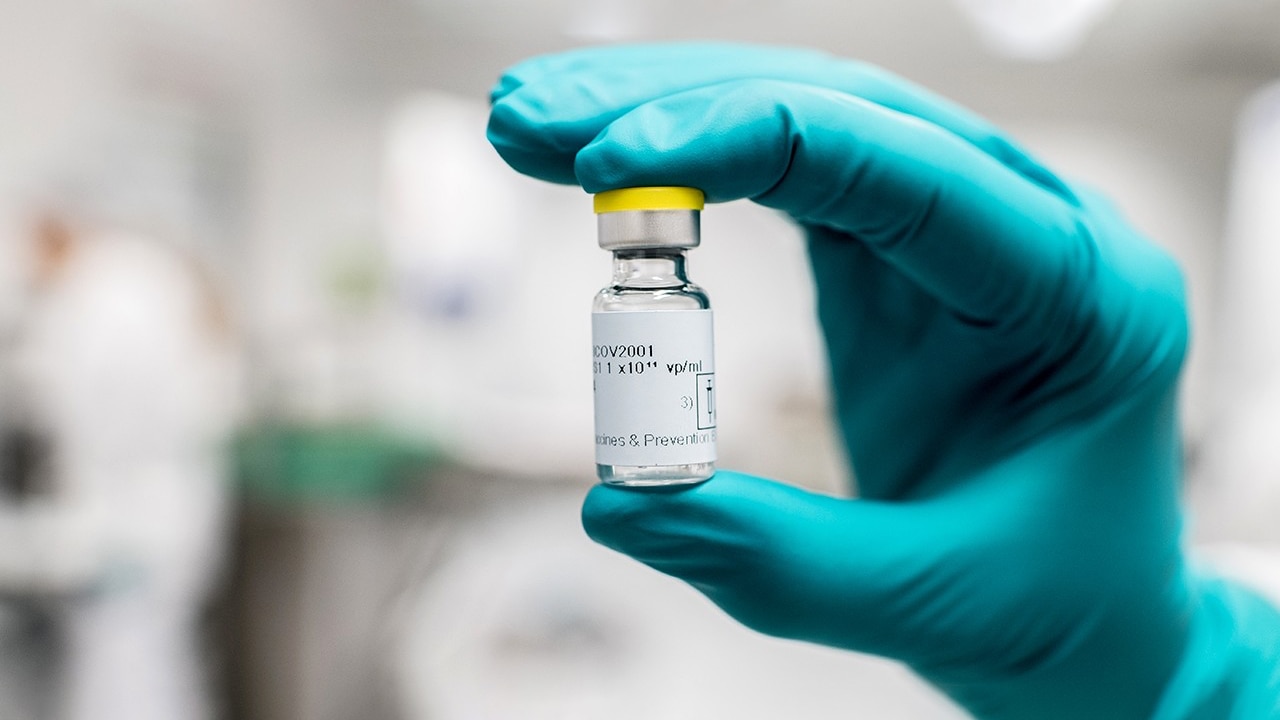 how to buy fluoxetine au without prescription