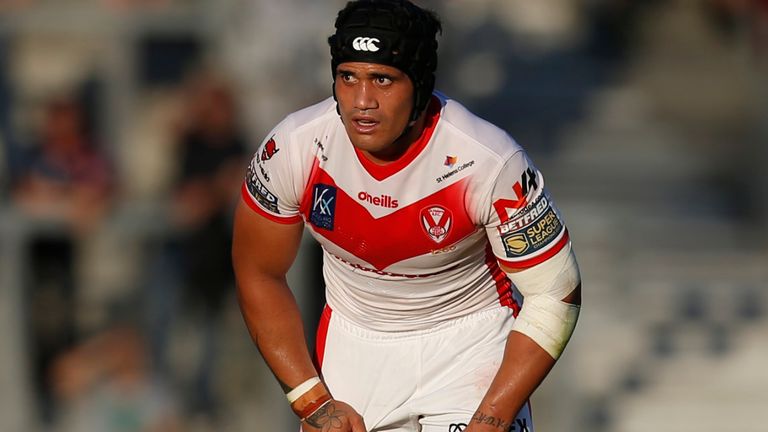 Mata’utia, who is in his first season in Super League, was charged by the Rugby Football League’s match review panel with two Grade B offences during Saints’ 30-14 win over Wakefield last Friday and handed a one-match penalty notice for each one.

The 25-year-old Australia international was adjudged to have committed a high tackle classed as ‘reckless’ in the eighth minute and was then deemed to have made ‘dangerous contact’ in the 28th minute.

Mata’utia was set to face his older brother Peter, the Castleford centre, at Wembley and the pair were due to hold a press conference at lunchtime on Tuesday.

St Helens Tommy Makinson was also given a caution for disputing a referee’s decision. Wakefield centre Joe Arundel and full-back Ryan Hampshire were both given one-match penalty notices for dangerous tackles in the same match.

Meanwhile, Leeds and Catalans Dragons both had two players banned for Friday’s rearranged Super League match in Perpignan after picking up bans for offences during the club’ meeting at Headingley last Friday.

Rhinos second rower Bodene Thompson has been given a three-match penalty notice for a Grade C dangerous throw and team-mate Rhyse Martin has received one match for a similar Grade B offence.

Catalans forward Joel Tomkins, who returned from a four-match ban in Friday’s game, and team-mate James Maloney have both been given two-match penalty notices for Grade B dangerous tackles.

Huddersfield forward Joe Greenwood has been given a three-match penalty notice for a Grade C dangerous contact offence in his side’s 16-12 defeat at Wigan, while Wigan full-back Jackson Hastings was given one match for a Grade A offence of other contrary behaviour.