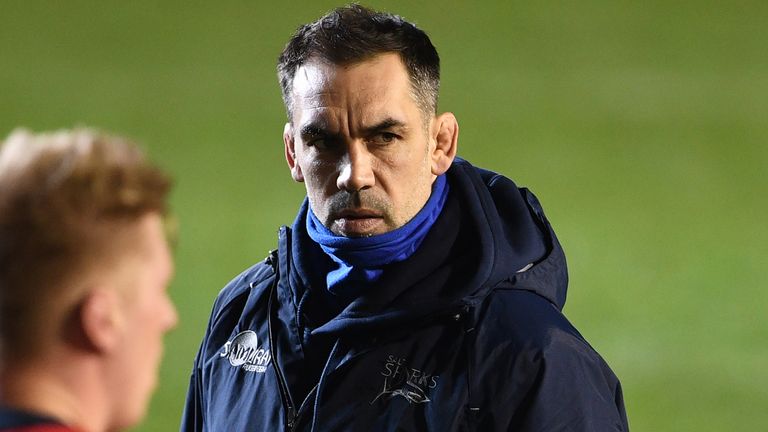 Sanderson was unhappy with how Quins reacted to their 24-12 victory over Sharks in February, and fanned the flames for the Londoners’ visit to the AJ Bell Stadium.

Both sides have qualified for the end-of-season play-offs with two games to spare, but are unlikely to go through the motions despite both making a raft of changes.

Former Sale back row Sanderson told a press conference: “I’ve been at the wrong end of a couple of results and they’re a side that let you know it when they do win.

“They’re not very gracious in victory. We felt that down there and it’s always nice to put a bit of animosity, inject a bit of that north-south divide.”

Centre Manu Tuilagi, one of nine changes for Sale, will make his first start since September after recovering from an Achilles injury. 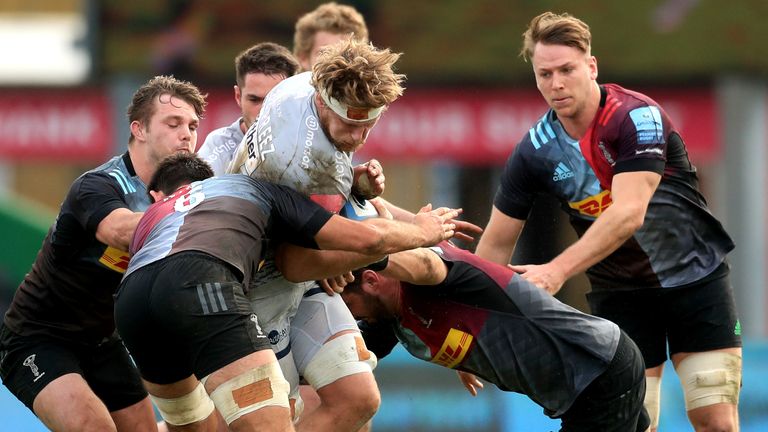 The Sharks booked their play-off place with a 22-12 defeat of Bristol last Friday, while Quins, who have made 10 changes, sealed their semi-final spot by beating Bath 44-33 on Saturday.

Sanderson added: “They’re probably the most dangerous team on transition, turn over and all the stats indicate they’re the second most devastating team ball-in-hand in terms of metres made and defenders beaten, second only to Bristol.

“So we’ve got a very similar challenge in terms of the threats they pose this weekend with a bit more unpredictability I’d say.”

Quins’ scrum coach Adam Jones said his side know exactly what to expect from Sale.

“They’re a physical side who will punish you with the core fundamentals of their game, so we know we will have to be focused and disciplined to get a result,” Jones said.

We're back at the AJ Bell for our final home game of the season #SharksFamily! 👊

We can't wait to see you all again and we want to hear you louder than ever! #SAYYYYYYULLL 🔊

Openside flanker Luke Wallace will start for Quins for the first time since 2019 after rejoining from Leicester last weekend and Oscar Beard is set to make his club and Premiership debut on the wing.

“It’s great to see Luke Wallace back in the Quins jersey this weekend,” Jones added. “He’s slotted back into the club like he never left this week and I know how excited he is to run out for Quins again.

“It’s equally as exciting for us to see Oscar Beard getting his first chance in the senior side on the wing. Oscar is just one of the young guys who have stood up this season and are taking their chance.”