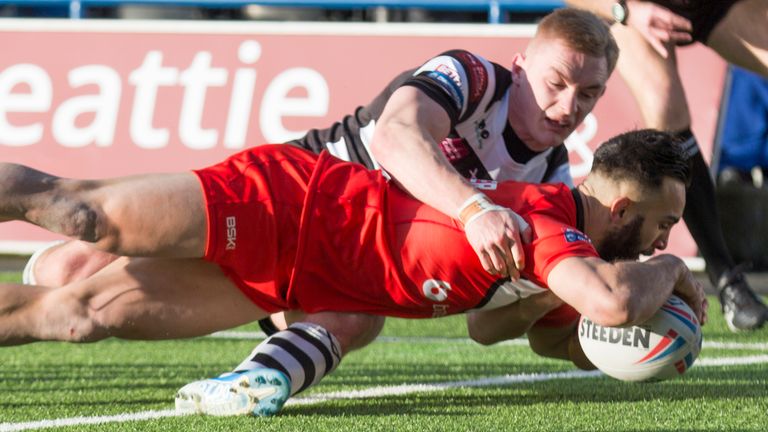 The Rugby Football League is targeting a return of the Betfred Championship and League 1 in time for Easter.

Both divisions outside Super League were halted in March due to the coronavirus pandemic and formally brought to an end in July.

The clubs met virtually on Thursday to debate a number of possible fixture schedules for 2021, all of which involve some matches – almost certainly to be played behind closed doors – in March.

The season is likely to start with the early stages of the 1895 Cup, which gives the non-Super League clubs a chance to play at Wembley in July, and the RFL hopes crowds will be allowed back in time for the traditional derby fixtures over the Easter weekend from April 2-5.

The RFL will examine the possibility of streaming behind-closed-doors matches for season ticket holders on its Our League App and also consider making fixtures available on a pay-per-view basis.

RFL chief executive Ralph Rimmer said: “The Betfred Championship and League 1 clubs are eager to get back out on to the field after such a long and frustrating period of enforced inactivity.

“Today’s meeting was an opportunity for them to consider a number of possible fixture schedules for 2021 drawn up by the RFL, as well as to consider the practical factors that will almost certainly remain.

“The timing of the Easter weekend at the start of April, when we all fervently hope and expect crowds to be permitted back at our grounds, provides something for us all to anticipate with relish.

“There has also been support for the continuation of the AB Sundecks 1895 Cup even in a shortened season, which will ensure that two clubs from outside the Betfred Super League reach Wembley in 2021.”