EXCLUSIVE: Rugby faces ‘ticking time bomb’ over dementia as former Wales captain Ryan Jones becomes the latest former player to reveal that he is suffering at the age of just 41

The man representing 185 rugby union players in a concussion lawsuit against the game’s governing bodies has warned of a ‘ticking time bomb’ of early-onset dementia diagnoses and other neurological impairments in the sport.

Former Wales captain Ryan Jones has become the latest former player to reveal that he is suffering with both early-onset dementia and probable chronic traumatic encephalopathy (CTE) at the age of 41. Jones believes rugby is ‘walking headlong with its eyes closed into a catastrophic situation’ as it continues to battle the impact of head injuries suffered by its players.

‘I feel like my world is falling apart,’ Jones, who won 75 Welsh caps and led his country on 33 occasions, told The Sunday Times. ‘I am really scared.’ 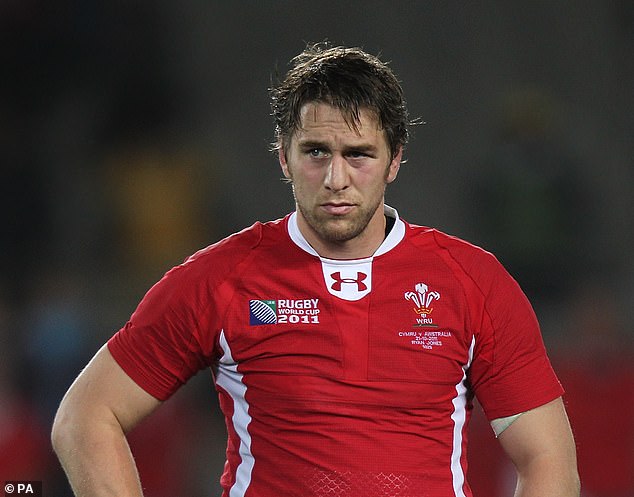 England’s 2003 World Cup-winning hooker Steve Thompson and ex-Wales back row Alix Popham are among the former players who have been diagnosed with the same brain injuries as Jones.

Sportsmail understands the number of ex-players who have been diagnosed with early-onset dementia, probable CTE and other neurological impairments could reach 200.

He believes there could be thousands more rugby professionals who, as they reach their 30s, 40s and 50s, might end up with dementia, CTE, epilepsy, Parkinson’s disease, motor neurone disease or post-concussion syndrome as a result of taking blows to the head. 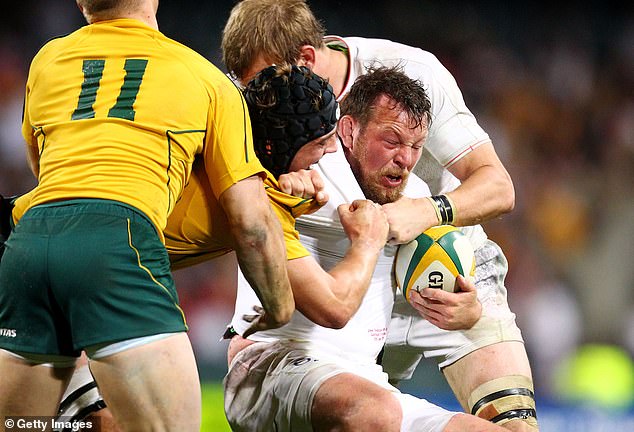 ‘It’s a ticking time bomb,’ Boardman told Sportsmail. ‘The vast majority of the former players we represent love rugby and don’t want to see it harmed in any way. They just want to make it safer so current and future generations don’t end up like them.

‘These issues aren’t restricted to older generations, but current players too. Elite union players from the northern hemisphere have just finished a season which has lasted 11 months.

‘This is why some of the claimants are asking rugby’s governing bodies to make a number of immediate and urgent changes to save the sport, such as a mandatory limit on contact in training, shorter playing seasons, reducing the number of non-injury substitutions and having a more effective pitch-side diagnostic tool than the current head injury assessment protocol.

‘Other developments could be setting up a brain injuries passport, using independent neurology experts for research and guidance and extending the return-to-play period following a concussion.’

The legal case involving former rugby union players and led by Boardman is against World Rugby, the Rugby Football Union and the Welsh Rugby Union.

On July 1, World Rugby extended its return-to-play period for a player diagnosed with concussion from seven days to 12.