A flashback to an amazing match 10 months ago

I was lucky enough to be at Bankwest Stadium when the Pumas beat the All Blacks 25-15 last year.

After 402 days without any international rugby, Argentina coach Mario Ledesma senses someone might write a book one day about his side’s 25-15 maiden victory over the All Blacks and how the side went “through hell” in the lead-up to its greatest ever Test win.

The stunning boilover will live long in the memory of those at Bankwest Stadium and Argentinians everywhere as Ian Foster’s All Blacks were humiliated in a manner rarely seen, orchestrated by old buddies Ledesma and Michael Cheika, who also worked alongside each other at the Wallabies.

With 28 minutes remaining, the world’s 10th-ranked side led the All Blacks and refused to let their foot off the pedal in a result that almost defied belief given what the team has been through in recent months.

A crowd of 9063 was treated to a masterclass from the tenacious Pumas, whose 25 points all came from No.10 Nicolas Sanchez.

READ THE MATCH REPORT FROM THAT HISTORIC MATCH 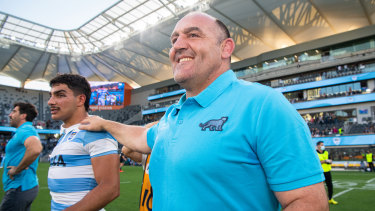 Some late team news for the All Blacks

All Blacks are sky high on confidence

New Zealand won their three Tests against Australia by an average margin of 20 points.

A few stats courtesy of Opta

Have flicked these across from the Opta stats packs we get sent from SANZAAR. Some interesting numbers worth pondering ahead of what should be a hotly contested match. 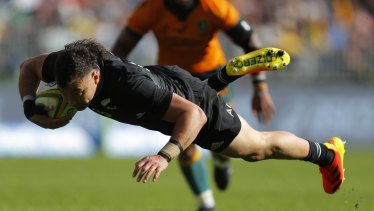 David Havili scores for the All Blacks against the Wallabies last week. Credit:Getty

Welcome to our Test rugby live blog. I’ll be taking the first game of the day, Argentina against New Zealand, before Sam Phillips continues the show rolling with live updates of Australia’s clash with South Africa.

You’d imagine New Zealand and South Africa will be victorious today but as we saw last year when the Pumas knocked off the All Blacks, nothing can be taken for granted. 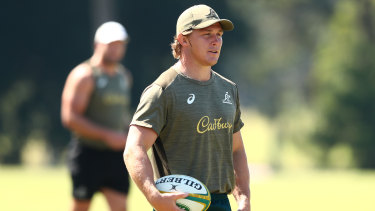