Rob Baxter vowed his Exeter Chiefs would be transformed in the play-offs after their stunning comeback against Sale Sharks despite a second-half red card.

Sale’s collapse was astonishing — ahead 17-3 when Sam Skinner was sent off on 55 minutes, they were one score from hosting a home semi-final but conspired to melt in the Devon sun as two late tries saw Exeter snatch victory.

It means Sale will return here to try again next week in the play-offs, attempting to reach their first final since 2006. It will be a tall order, as no team finishing third has ever won the title. 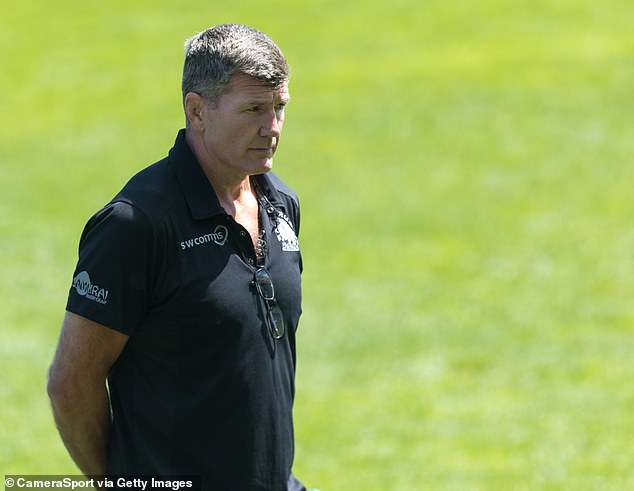 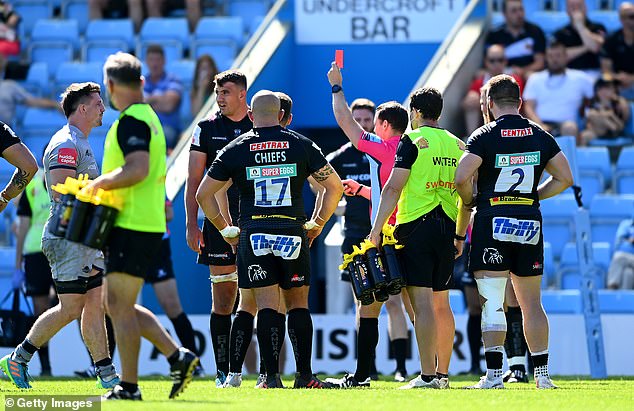 ‘Weirdly we were a team transformed by a red card,’ said Exeter boss Baxter. ‘It just shows you when we have nowhere to go and have to stand and fight we’re a bloody good side aren’t we? To do that to Sale with 14 is pretty impressive.’

Knowing the curse of the third-placed team it was vital for Sale to win this and well, with four tries a must to usurp Exeter and host them next week in the semi-finals.

Converting both it meant Sale led 14-3 at the break, Joe Simmonds scoring Exeter’s only points from the tee as they struggled to get going. Dave Ewers was yellow carded for a high hit on Simon Hammersley in a stop-start first half that lasted 57 minutes. 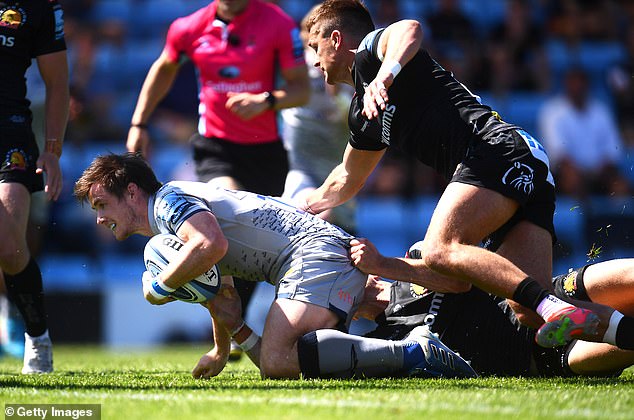 When Sale had their third try after the break — MacGinty kicking to find Arron Reed on the left — Exeter and their fans were stunned into silence. The Sharks were now one score away from a home semi-final spot if they won. At this point Sale were drowning Exeter in grey-shirted waves.

Their task to get one more score became simpler when Sam Skinner was sent off for a hit to Faf de Klerk’s head with 25 minutes left — but that curiously sprung Exeter into life and they scored their first try after an hour.

Typically it came from close range, of course from Luke Cowan-Dickie. The Chiefs then laid siege to the Sale line, Ben Curry was sin-binned amid multiple penalties and Stu Townsend got in to score.

Simmonds’ conversion took Exeter within two so when he kicked his next penalty the Chiefs had 17 unanswered points and, for the first time, an extraordinary lead which they kept until the end.

Sanderson, who saw MacGinty badly injured late on, said: ‘We are going to use it as motivation. That is a game we should have won.’ 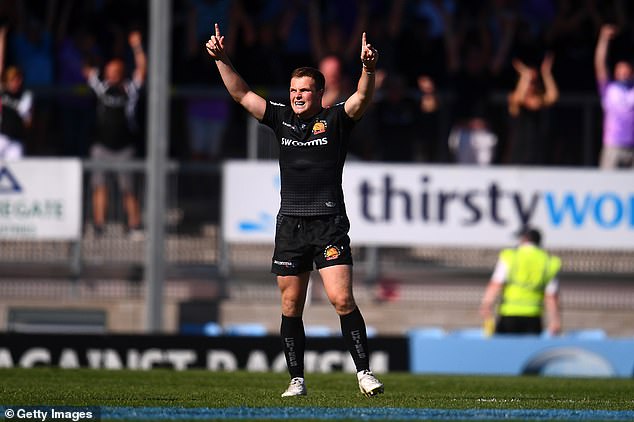