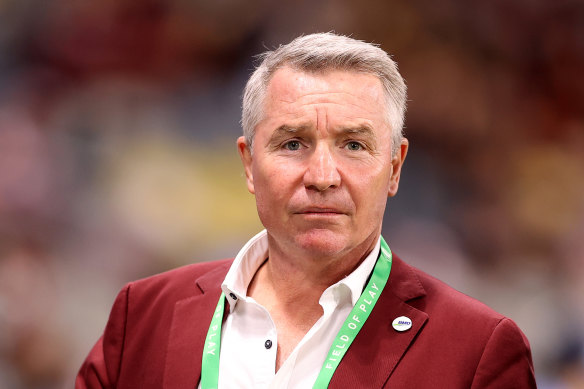 His exact cause of death is not yet known.

Green coached North Queensland to their first NRL premiership in 2015.

He last steered Queensland’s State of Origin side in 2021 and has been regularly linked to a return to coaching at various NRL clubs this year.

Green was in Sydney only last weekend for the Cronulla ex-players’ reunion.

As well as the Sharks, he played for North Queensland, the Sydney Roosters, Parramatta and Brisbane.He won the Rothmans Medal with Cronulla in 1995, having two years earlier won the equivalent award in the Brisbane competition.

Green was also at the helm for the unheralded North Queensland side’s run to the 2017 grand final, which they lost to Melbourne after becoming just the eighth-placed side to make the season decider.

The 2015 premiership was one of the most stirring in grand final history, the Cowboys scoring in the final second via Kyle Feldt to give Johnathan Thurston the chance to win the club’s maiden premiership with a sideline conversion. His miss sent the match to golden point, but the playmaker was quick to make amends, capitalising on a catastrophic error from Brisbane’s Ben Hunt to boot the match-winning field goal.

Queensland opposition leader David Crisafulli was among the first to pay tribute, describing Green as “maroon through and through” and a “wonderful player”.