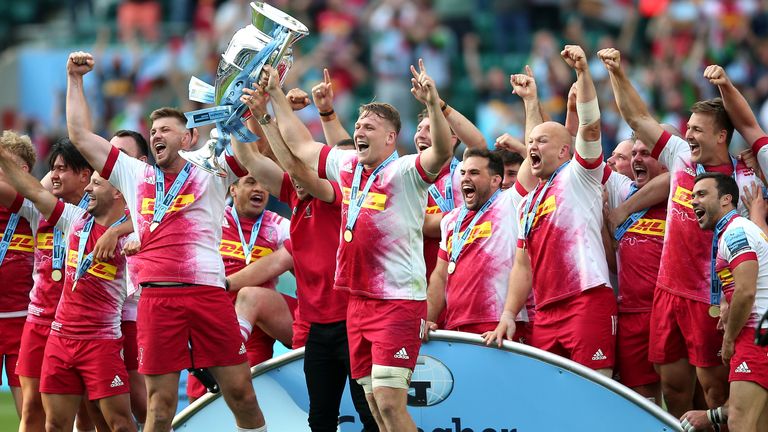 The Premiership will expand to 14 clubs from the 2022-23 season with a temporary pause placed on relegation in a bid to improve the financial situation of clubs hit by the pandemic.

Saracens are to rejoin the English top flight after being crowned Greene King IPA Championship winners earlier this month, increasing the number of teams for the 2021-22 campaign from 12 to 13.

The Rugby Football Union’s council have now voted to add another team for the following two seasons, with a play-off between the Premiership’s bottom side and the winners of the Championship deciding relegation in 2023-24.

Unless the council agrees otherwise, from 2024-25 promotion and relegation will revert to an annual one up, one down basis.

“The changes will undoubtedly benefit the game of rugby in England as we recover from the effects of the pandemic,” RFU president Jeff Blackett said.

“This is not ring-fencing the Premiership as some have suggested. In three of the four seasons covered by this and our previous decision, a Championship club will have the opportunity to be promoted.

“Council has control of what happens thereafter and is committed to maintaining the integrity of the league structure by ensuring that access to the Premiership will be retained in the future.” 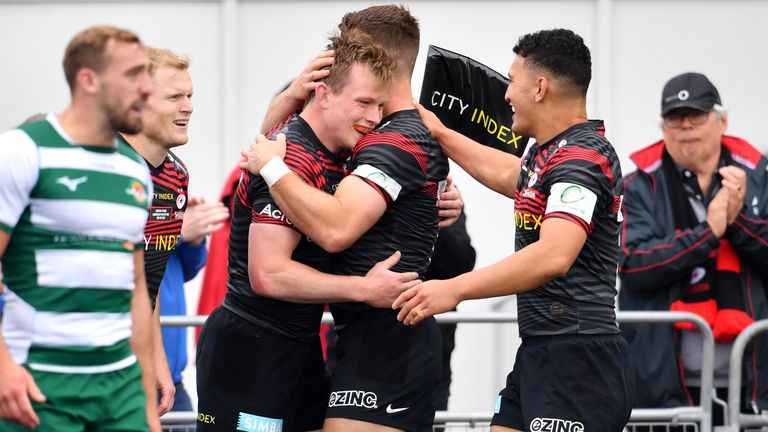 Called ‘The Covid Recovery Plan’, it is hoped the structural changes will “improve the financial stability and sustainability of professional rugby during the next three seasons while also providing benefits for England and the community game”.

The expansion of the Premiership is subject to promoted clubs meeting the required minimum standards, which are to be revised.

Pausing relegation for 2023-24 is to allow clubs to plan with greater certainty, while assisting in the newly-promoted side’s acclimatisation to the top flight.

From 2024, it has been proposed each club must have 15 English-qualified players in their matchday 23 and the foreign player rule is scrapped, although these have yet to be agreed.

The 2022-23 season will end in May, allowing England greater preparation time for the 2023 World Cup.

“As well as giving support to a world-leading England team, the plan will create a stable platform for the professional game so that clubs can reset and rebuild after the unprecedented financial pressures of Covid,” chairman of the Premiership Rugby investor board Nigel Melville said.

“With an agreed structure and expansion plan in place for the next three seasons, we can now focus on creating a more sustainable future, developing our talented home-grown players and bringing an attractive, competitive league to fans.”