In today’s AFL Briefing, your daily wrap of football news:

Check back throughout the day for more updates.

‘I thought I coached really poorly’

Craig McRae believes he coached “poorly” in Collingwood’s most recent AFL game at the SCG.

The Magpies will return to the same venue on Saturday for a preliminary final showdown with the Sydney Swans as they seek to secure an unlikely appearance in the decider.

Collingwood were convincingly beaten when they ventured to the SCG a month ago – just one of two losses the Magpies have suffered since round 10. 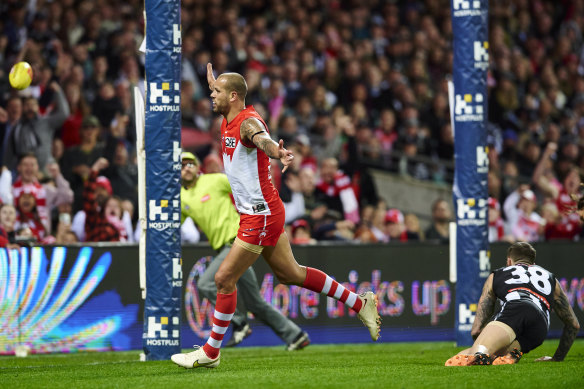 The Swans got the points when the Pies came to town in round 22.Credit:AFL Photos

The Magpies have marked out their training ground at the AIA Centre this week to better prepare themselves for the unique challenges of playing on the smaller-sized SCG.

“I thought I coached really poorly,” the Collingwood coach told Fox Footy about the Magpies’ last trip to Sydney.

“I believe in setting the players up for certain things, to hopefully make them successful in what we’re doing, and I felt that I failed in that.

“Those little details are lessons learnt along the way.”

Asked exactly how he had coached poorly, McRae admitted he tried to ignore the significance of playing at the SCG.

“The dimensions of the ground were different to what we’d been playing at and I didn’t reference it, I think that’s poor on my behalf.

“It’s nothing major, I’m just taking accountability for something I think I can do better.”

Sydney and Collingwood last met in a final in 2012, when the Swans shrugged off the Magpies at the Olympic Stadium to win through to the decider.

Saturday’s match will be the first preliminary final at the SCG since Tony Lockett’s famous after-the-siren point sent the Swans into a grand final.

Harris one of two Dees banned for crunch Lions clash

Star Melbourne forward Tayla Harris and teammate Jordan Ivey could miss the Demons’ AFLW blockbuster against the Brisbane Lions after the pair were offered one-game bans.

Harris has been cited by the match review officer for a dangerous tackle on St Kilda’s Molly McDonald during the Demons’ 26-point win on Sunday.

The incident was assessed as careless, medium impact and high contact and the suspension is not able to be downgraded through a guilty plea. 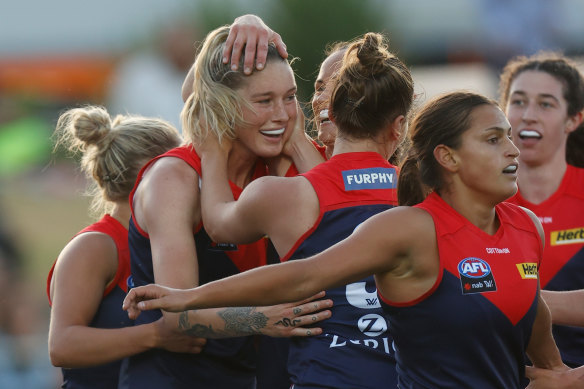 The Demons could be without Tayla Harris for the big clash with Brisbane.Credit:Getty Images

Ivey was booked for rough conduct against the Saints’ Rosie Dillon, with the MRO grading the incident in the same way as Harris’.

Harris and Ivey will miss Sunday’s possible grand final preview against the Lions at Casey Fields unless they can overturn their bans at the tribunal.

Melbourne played off in last season’s grand final, while the Lions have opened this campaign with three dominant, high-scoring wins to have a percentage of more than 400.