Collingwood president Eddie McGuire will front the media on Monday afternoon after the “Do Better” report, which found there has been inadequate responses to racism at the club, was published in the media. 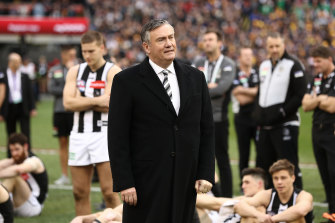 “While claims of racism have been made across the AFL, there is something ­distinct and egregious about Collingwood’s history.”

The review, prompted by claims of racism at the club from former player Heritier Lumumba and commissioned by the club in June last year, was written by Professor Larissa Behrendt and Professor Lindon Coombes, both from the University of Technology in Sydney.