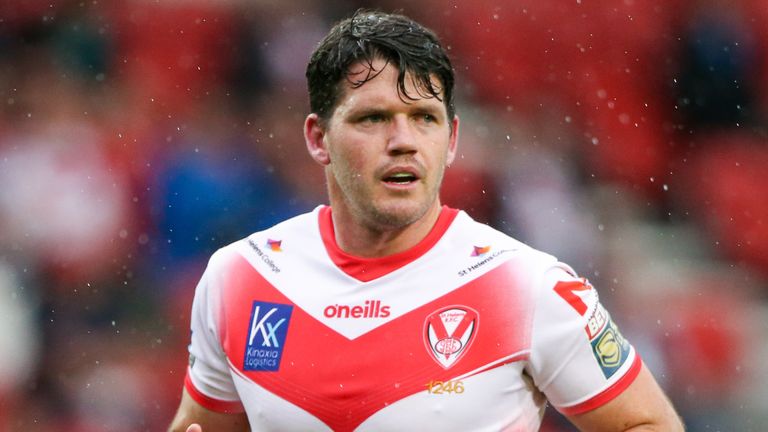 Coote, who earlier this week was linked with a move to Hull Kingston Rovers next season, was instrumental as Saints dominated the first 40 minutes, putting up the kick which led to Regan Grace’s try and crossing for one of his own, along with kicking two conversions and three penalties.

Yellow cards either side of the break for Kai Pearce-Paul and Willie Isa left Wigan temporarily down to 11 men as well, with Mark Percival pushing the hosts further ahead with a try on his return to the side.

The second half became increasingly scrappy in torrential rain, but there was no stopping St Helens from putting one over on their old rivals and Liam Farrell’s converted score provided scant consolation for Wigan, who went down to their fifth loss in a row.

St Helens looked refreshed after a 17-day break while Wigan were playing a second top-five clash in five days and the rigours are clearly taking a toll on Adrian Lam’s injury-hit team, who are experiencing their worst run since 2006 when they won just two of their first 16 league games.

The Warriors flirted with relegation that year and, although they have no such concern this time after beginning the season with seven straight wins, these are worrying times for last year’s Grand Final runners-up. This was their first meeting with Saints since Jack Welsby grabbed a last-second 8-4 win in November’s epic Grand Final and it never looked likely to be as close.

The champions were boosted by the return of England centre Percival, who missed the whole of June with hamstring issues, as they look to head to Wembley for the Challenge Cup final in under a fortnight’s time with a full-strength team.

Wigan, with Jackson Hastings deputising at full-back for injured duo Bevan French and Zak Hardaker, had prop Brad Singleton back from suspension but they lost fellow front rower Oliver Partington with a head injury early in the second half. 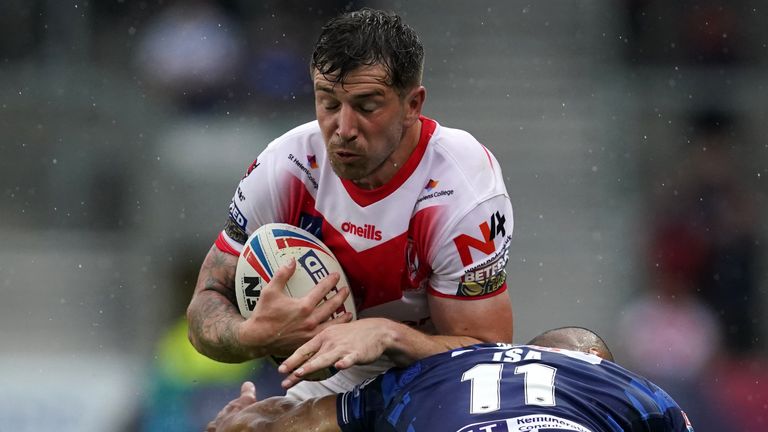 Coote opened the scoring with the first of three penalty goals and helped create the opening try, hoisting a high kick which Wigan winger Jake Bibby fumbled under pressure to gift the score to Wales international Grace.

The Scotland international then scored Saints’ second try on 24 minutes, scooping up a wayward pass from scrum-half Theo Fages that wrong-footed the Warriors defence, and kicked two further penalties to stretch his side’s lead to 18-0.

Befitting a traditional Saints-Wigan derby, tempers became frayed after a push off the ball by centre Isa on the returning Percival which was placed on report by referee James Child. Shortly afterwards, Mr Child handed a yellow card to Wigan second rower Pearce-Paul for a late tackle on Coote which meant the visitors were down to 12 men for the first 10 minutes of the second half.

They were then down to 11 for five of them after Isa joined his team-mate in the sin bin for a late tackle on Percival, followed immediately by a flop on Grace.

Wigan were facing a total humiliation at that stage but Farrell ensured they would not suffer the ignominy of a whitewash when he took Sam Powell’s short pass close to the line to crash over for a consolation try, which Harry Smith converted. 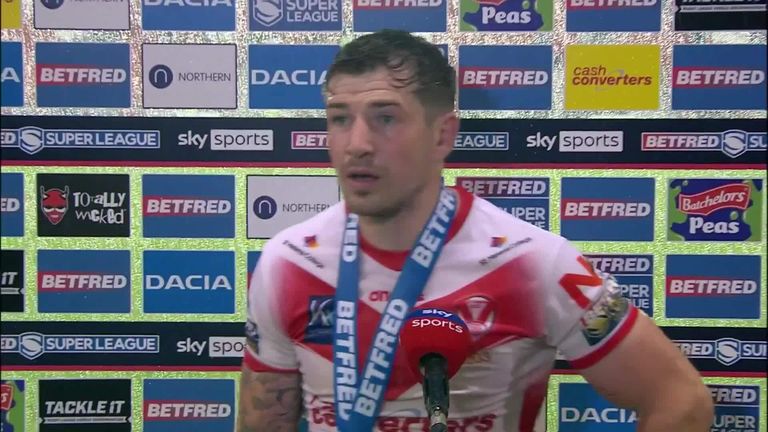 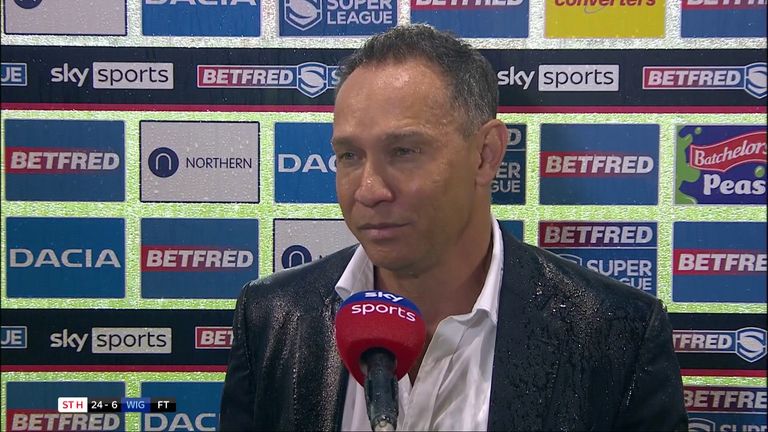 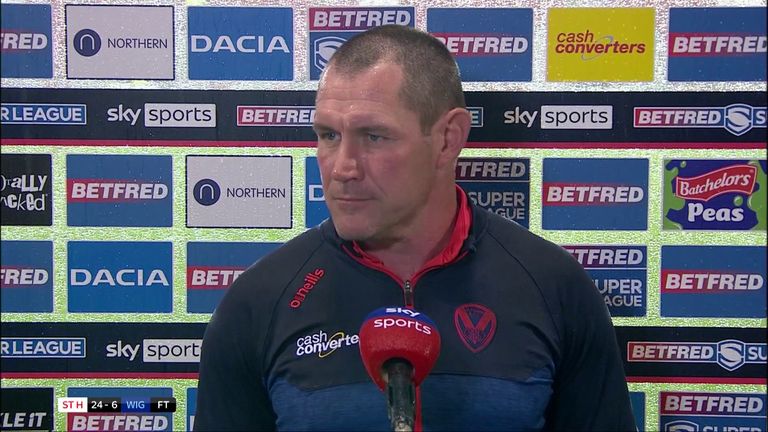