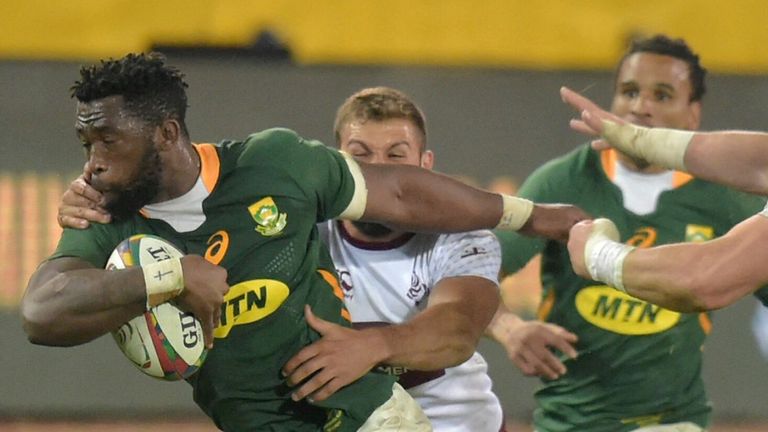 The match was the first of two warm-up internationals against the Georgians in preparation for the three-Test series against the British & Irish Lions later this month.

The home side were 19-9 ahead at half-time and outscored their visitors six tries to nil but showed the effects of their long absence, due to the COVID-19 pandemic, as they struggled to get rhythm to their play, gave away many penalties and were sloppy at times in a contest punctuated by frequent stops.

The Boks were outmuscled in the first scrum, allowing Georgia to go ahead with a penalty but that proved one of the few highlights for the tourists. The hosts scored the first try when debutant Aphelele Fassi streaked away with his first touch of the ball after five minutes, and a pushover try from Bongi Mbonambi and dart to the line by scrum-half Cobus Reinach added to the first-half score.

After the break, there were more tries from Kwagga Smith, Herschel Jantjies and Malcolm Marx while Handre Pollard kicked over four conversions and his replacement Elton Jantjies one. 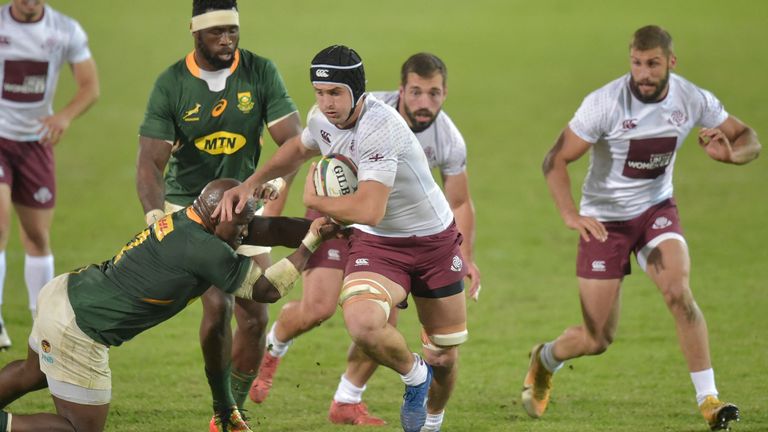 Georgia’s points all came from penalties kicked over by Tebo Abzhandadze and they did not score in the last 55 minutes but they will take encouragement from some tough defending against a home side who were perhaps expecting an easier outing. South Africa, who had not played a home test in 688 days, host Georgia in the second test at Ellis Park in Johannesburg next Friday, before the first Test against the Lions is on July 24 in Cape Town.