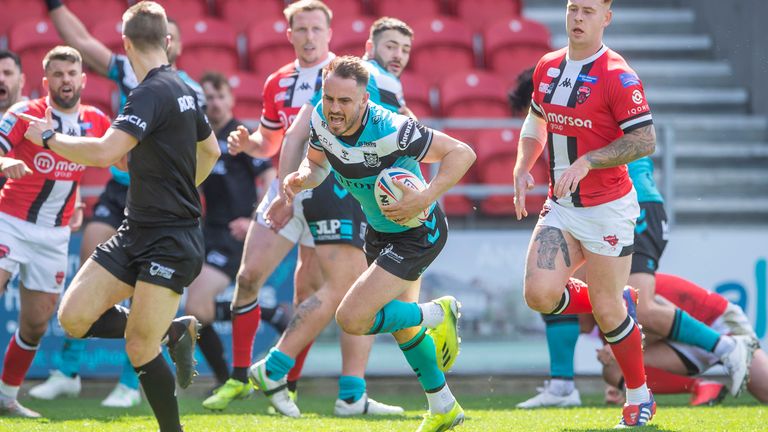 Reynolds, who also scored on his debut in the Black and Whites’ opening win over Huddersfield, showed some nice touches on his second appearance but he was again overshadowed by full-back Jake Connor and came off with a hamstring injury eight minutes into the second half.

Hull were patient as they worked their way into the contest and, after crucially scoring on the stroke of half-time, ran away with the game with three second-half tries.

Salford hooker Andy Ackers, who was forced to sit out the opening weekend due to Covid-19 protocols, was prominent on his return to Marshall’s team and stand-off Tui Lolohea was a constant running threat, but Hull’s defence was a model of efficiency.

After a tentative opening, Connor helped break the deadlock in the 19th minute with a sweetly-delayed pass that got second rower Andre Savelio gliding through a gap in the Red Devils’ defence for the opening try.

Marc Sneyd kicked the conversion and added a penalty in the 26th minute after he was tackled late by Salford second rower Ryan Lannon, who was sent to the sin bin for the offence.

The Red Devils conceded just two points while down to 12 men but Lannon was back on the field when Hull scored their second try through Reynolds 90 seconds before the break, Connor again the provider courtesy of an arcing run through the heart of the defence.

Sneyd’s third goal made it 14-0 and the game quickly drifted away from Salford after they were hit by two more tries within 10 minutes of the re-start.

Reynolds grabbed his second after Sneyd’s grubber kick caused confusion in the Salford defence, and centre Josh Griffin followed up a kick from winger Adam Swift to score against his old club.

Sneyd maintained his unerring accuracy with his fifth goal to extend the lead to 26-0, although the sight of both Sneyd and Reynolds limping off with leg injuries took some shine off the score. Salford also suffered a major blow with the loss of loose forward Elijah Taylor with a shoulder injury but they pulled a try back through winger Ken Sio in the 57th minute to avoid the whitewash.

Connor kept the scoreboard ticking over with a penalty and drop goal and he also converted a late try by substitute Cameron Scott. 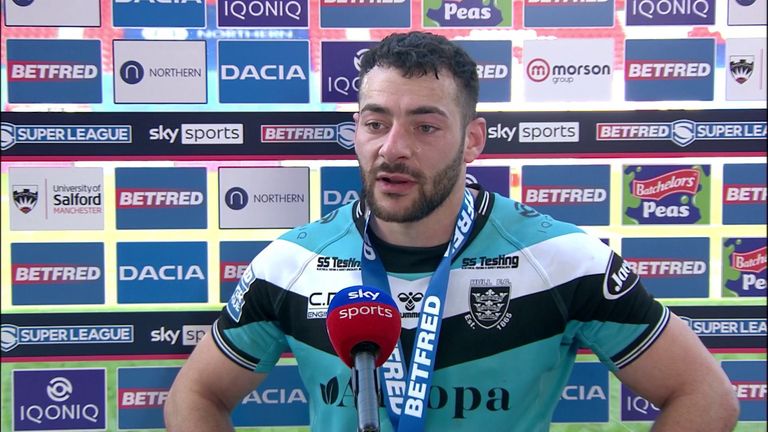 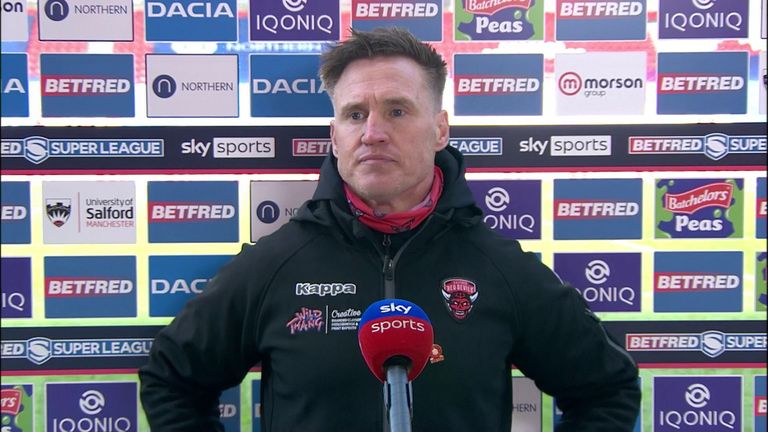 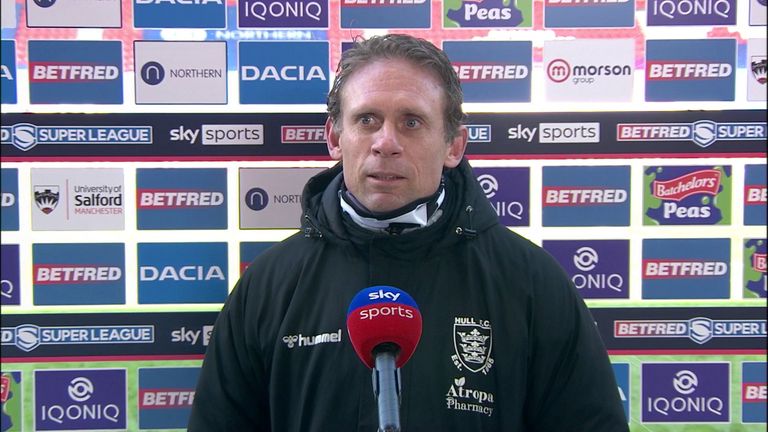