We look at the talking points ahead of Australia’s Tri-Nations clash with the All Blacks on Saturday, live on Sky Sports…

With confidence rocked, credibility shot and injuries piling up, the Wallabies head to Brisbane for the second Tri-Nations clash on Saturday with little left to give against an All Blacks team at the top of their game.

Dave Rennie’s honeymoon as Australia coach ended abruptly with last Saturday’s record 43-5 defeat in Sydney, and any remaining goodwill toward the New Zealander could vanish with another stinker at Lang Park.

With the Bledisloe Cup safe in New Zealand hands for an 18th successive year, the 16-16 draw with the All Blacks in Wellington a month ago now looks more of an aberration than the first promise of a new era in Australian rugby.

Australia’s lack of depth was ruthlessly exposed at Sydney’s Olympic stadium where backline rookies Noah Lolesio and Irae Simone suffered a torrid debut in place of the experienced James O’Connor and Matt Toomua.

The depth challenge was also apparent on Thursday as Rennie unveiled his team for Lang Park, punting Lolesio to the bench and installing utility Reece Hodge for just his second test at fly-half in one of six changes to the starting side. 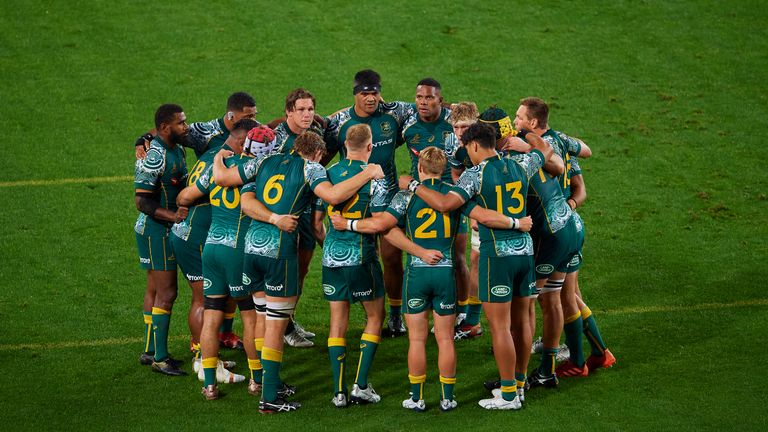 The back-row has now been reshuffled three times in four weeks, with captain Michael Hooper to line up with debutant Lachlan Swinton and three-test No 8 Harry Wilson.

Rennie’s calls to “treasure the ball” after the 27-7 loss at Eden Park in Bledisloe II appeared to have fallen on deaf ears in Sydney, with possession squandered with alarming regularity.

“The frustration is that we’ve lacked the patience, communication and accuracy to expose (the All Blacks),” Rennie said on Thursday.

“We need to be at our best to knock the All Blacks over and we need to apply pressure to them so they’re not at their best.” While the Wallabies have built a dreadful record against the All Blacks in Sydney in recent years, Lang Park has been a comparative fortress, with two wins, a draw and a tight loss in their last four Tests against the New Zealanders.

All of those results came with the heat gone from the Bledisloe series, however, and the Cup secured by the men in black. Captain Cane to herald in rookies

Of all the tasks Sam Cane must perform as All Blacks captain, handing out first Test jerseys is one of the favourites according to the flanker.

Cane will have that “honour” four times this week, with Akira Ioane named to start, while Cullen Grace, Asafo Aumua and Will Jordan will come off the bench. 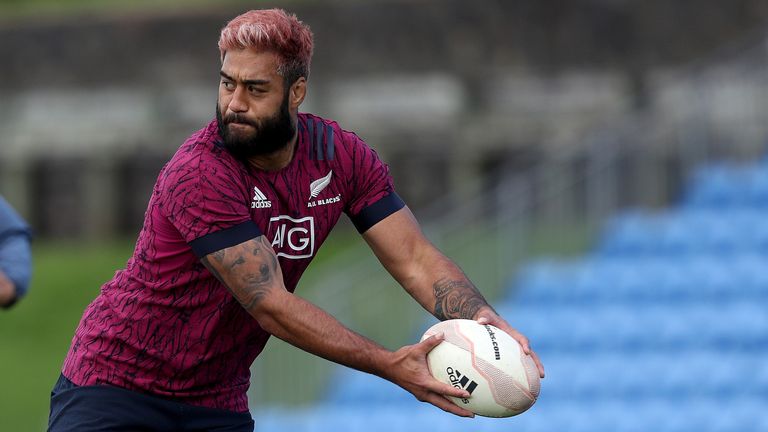 “Normally I just leave them to do their thing during the week,” Cane said in response to how he interacts with Test debutants each week.

“(But) it’s my honour to present guys with their first test jersey, that’s something I find pretty special and I hope they do to.”

Cane’s 72nd Test on Saturday will be his seventh as skipper after he was given the captaincy this year having served a long apprenticeship under two of the modern-day greats in Richie McCaw and Kieran Read. The 28-year-old said while he was forging his own path as skipper he had learned from the pair.

“I think one thing that stands out for me from those two is that they always led with their actions on the field,” Cane said.

“They were both different leaders off the field but they demanded excellence and helped create a culture of excellence.”

“Putting on an All Blacks jersey, the motivation [for Saturday’s squad] will be there.” Seven Australians have played at blindside flanker for the Wallabies since Scott Fardy last pulled on the gold number six jersey in late 2017 and coach Dave Rennie was very clear about why Lachlan Swinton will become the eighth on Saturday.

“Lachie has got a real edge to his game. He will be physical. We think that’s important,” Rennie said after naming the uncapped flanker in his side. That physical edge, or “mongrel” as Rennie’s predecessor Michael Cheika called it, is something Australia have been looking for on the blindside flank since Fardy took his famed abrasiveness off to Leinster in Ireland with him.

Australia have never had any problem developing opensides, with top quality fetchers like Liam Gill and Sean McMahon moving abroad because of the lack of opportunity.

They have had less success producing talent on the other side of the scrum, though.

Some of the selections at six have been compromises – the now retired David Pocock wore the shirt at the last World Cup just as a way to get him into the back-row with skipper Michael Hooper.

Others have moved to fill gaps elsewhere, Lukhan Salakaia-Loto shifting forward into the second row and Harry Wilson playing the last two tests at No 8 after an impressive debut on the blindside last month.

Ned Hanigan, who has played at blindside in all of his 15 test starts over the last three years, has been dropped to the bench for Saturday to cover the second and back-rows after injury ruled Salakaia-Loto out of the match. That has given Swinton his chance and Waratahs team-mate Hooper is excited about what he might bring to the back row.

“I’m pumped for Lachie, I’ve played with him a lot now, I really enjoy what he brings to a game: the energy, excitement and aggression, it’s really exciting to play with,” the Australia captain said on Friday.

“He’s very green, this is only really his second year of Super Rugby, but (he’s got) huge potential and something that potentially the All Blacks haven’t seen before in a Wallabies jersey.”