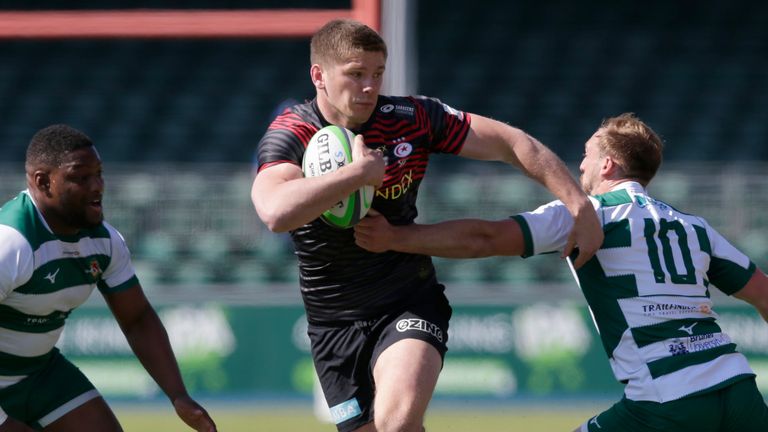 Saracens boss Mark McCall insists his British and Irish Lions contingent will be more battle-hardened for the tour to South Africa than many of their Celtic counterparts.

The north London club flattened Greene King IPA Championship leaders Ealing 48-20 to climb to third in the table, placing their promotion quest in their own hands by overcoming the damage done by an opening-weekend defeat at Cornish Pirates.

If, as expected, they reach the end-of-season play-off against the same opposition, they will have six more games before the Lions stage their pre-tour warm-up against Japan at Murrayfield on June 26.

Responding to concerns that stars such as Owen Farrell, Maro Itoje and Jamie George will be undercooked for the summer series against the Springboks, McCall insists they will have greater game time than rivals from the Guinness PRO14.

“Our players are getting more rugby than the Welsh, Scottish and Irish – they’re hardly playing at all. Alun Wyn Jones didn’t play for the Ospreys on Saturday,” director of rugby McCall said.

“Fingers crossed we can finish our domestic season with a couple of really meaningful matches.

“There will be crowds by then too, so they’ll be the biggest matches we’ve played in this season.

“These Championship games are physical. Ealing are a mid-table Premiership side in my opinion.

“I think our players won’t be undercooked in any way. Look at the Scottish, Irish and Welsh players and see if they’re undercooked.”