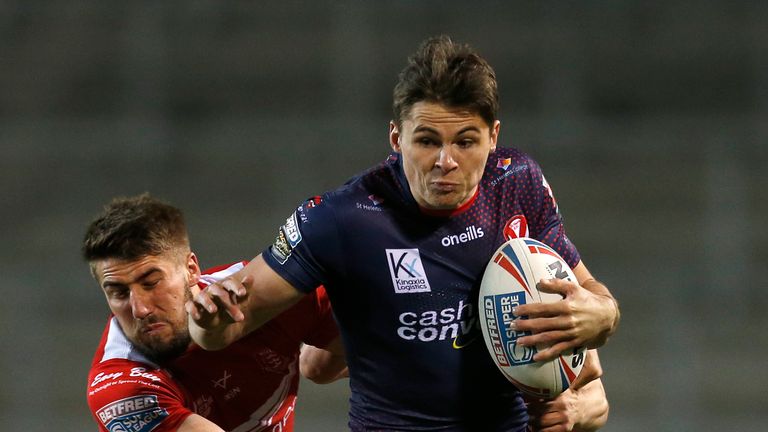 Teenager Jack Welsby could be St Helens’ full-back of the future, says coach Kristian Woolf after the Grand Final hero starred in the Super League champions’ 25-0 win over Hull KR.

Welsby was Saints’ match-winner as a centre against Wigan in November but has deputised superbly for regular full-back Lachlan Coote in the opening two games of the season and was man of the match against Rovers.

“He handled the kicks really well and he’s growing more and more confident with how he combines with both (half-backs) Theo (Fages) and Jonny (Lomax),” said Woolf. “As a group they’re growing every week. 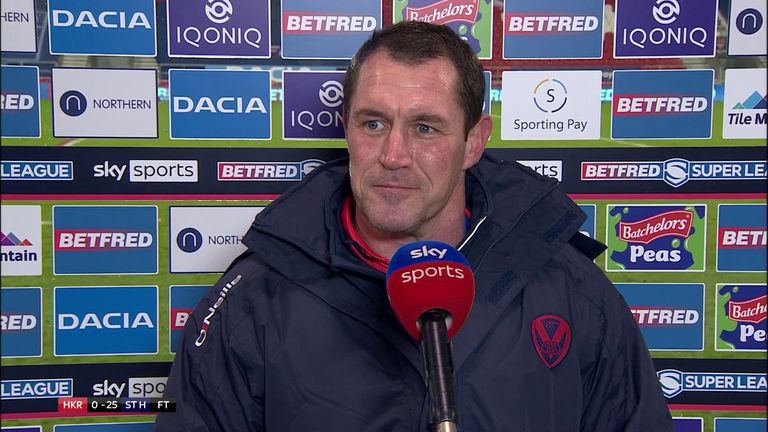 “What his best position is is still a little bit up in the air. It could be full-back or it could be left centre.

“I just like the presence he has got on the field, the way he’s improving wherever we put him.”

Woolf was also delighted with winger Regan Grace, who scored the first and last tries as the champions made it back-to-back wins at the start of their title defence.

“We know he’s got a terrific ability to score tries and both the tries he scored tonight are ones that other people can’t do,” Woolf said.

“It’s outstanding having him in your team for that but where he’s getting better and better is what he does with the kicks, the way he takes those under pressure, and he’s also getting better in the way he gets you out of your own end with his carries.” 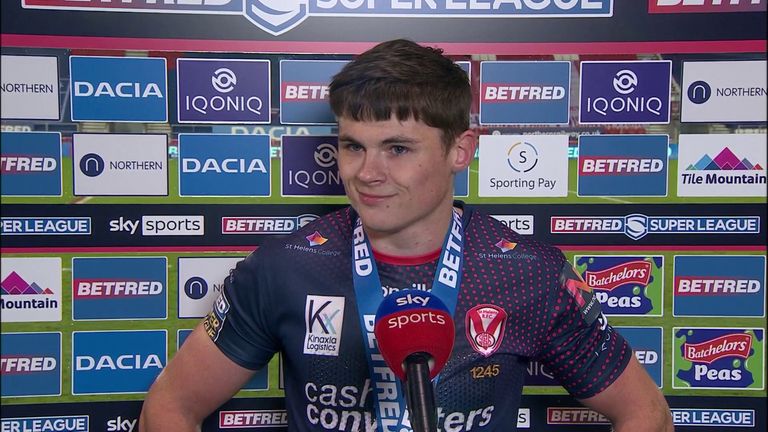 Saints never looked back after racing into a 10-0 lead inside seven minutes with tries from Grace and Welsby but Rovers rallied to prevent a runaway score before the champions found their second wind to run in two late tries while their opponents were down to 12 men with George Lawler in the sin bin.

“I was really happy with the performance,” Woolf said. “I thought Hull KR really came to play. They are a tricky team to defend against. They challenge you in different ways.

“I thought our blokes did a great job in defence and we had to work hard to break them down.” 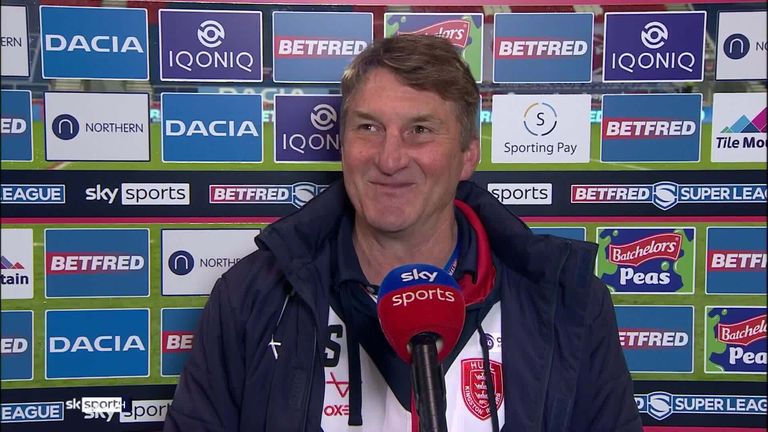 While St Helens have conceded just one try in the opening 160 minutes of the 2021 season, the points have quickly dried up for Hull KR following their part in a high-scoring tussle with Catalans Dragons.

“We had two bad 10-minutes spells, one to start the game and the second when George Lawler was in the sin bin,” Rovers coach Tony Smith said. “Aside from that, our defence was really good.

“Our attack wasn’t good today and our kicking game was dreadful overall.

“The effort that was put in defence may have been a contributory factor to energy levels when we had the ball.”