Home » Rugby » If the Lions are to win a turgid Test series, they must go for broke

CHRIS FOY: If the Lions are to bounce back and win what’s become a turgid, spiteful Test series, they must go for broke against South Africa… an urgent re-think is needed and Warren Gatland must be braver than ever before

Where to start? Well, the Lions tried to beat the Springboks at their own game and played right into the hands of the world champions. The plan back-fired, to a spectacular extent. An urgent re-think is required or this is not going to end well for the tourists.

While the British and Irish players will be given a few days off, Warren Gatland and his assistants should be busy plotting an overhaul of their team and their tactics. The head coach has made some brave selection decisions in the past, notably dropping Brian O’Driscoll for the last Test against Australia in 2013, but this week he will need to be braver than ever before. 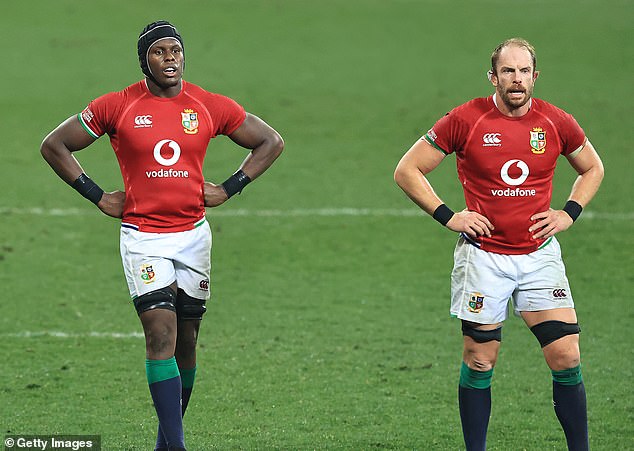 The momentum is now with the Springboks, leaving the Lions needing a new line-up and a new, no-fear mind-set. They have to go for broke. They cannot die wondering. The non-performance on Saturday amounted to a betrayal of so much talent and that cannot happen again.

If they are going to fail here, as has happened so often in the past, at least fail having fired some shots. The Lions cannot just set their stall out to ‘stay in the fight’, as they did last time. That cannot be the extent of their ambition. It would be a desperate pity if they went home with regrets about losing a series because they didn’t make proper use of all the weapons at their disposal.

Major surgery is in order, firstly in personnel terms. If Wyn Jones is available, he should start at loosehead prop, as a solid scrummager who can also offer good breakdown presence. On the latter basis, Tadhg Beirne should be considered at blindside and Jamie George would add fired-up clout and pedigree at hooker. 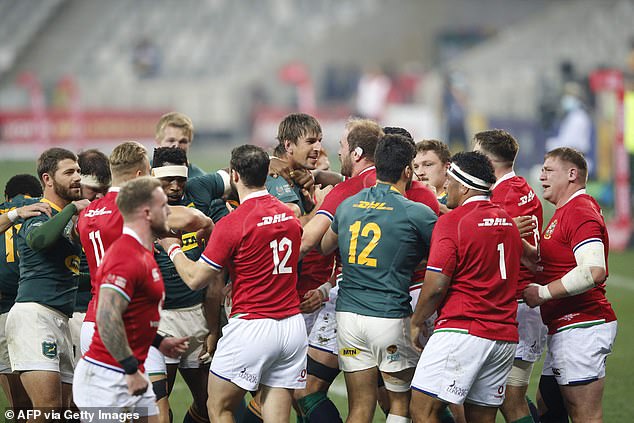 The back-three calamities cannot be overlooked. Liam Williams must start at full-back, as the supreme aerial bomb diffuser and counter-attacking runner, while Josh Adams deserves to show he can transfer his early-tour scoring streak into a Test where the Lions are crying out for a cutting edge. He should have been picked over Duhan van der Merwe in the first place.

Crucially, the Lions are crying out for an effective, daring creative hub to negate the Boks’ blitz defence and create try-scoring chances. Harsh as it would be to demote Dan Biggar for following strict orders, Gatland should gamble with Finn Russell, in alliance with his Scotland half-back partner Ali Price. The visitors need to generate tempo and threaten out wide. These are the men to make that happen. It may go wrong, there are no guarantees, but it may be a master-stroke.

It is hard to imagine that Gregor Townsend, Gatland’s senior assistant, can be content with the game-plan in the second Test. As the attack coach, he must surely yearn to see the team attack, which they did not do. Instead it was a case of kick and scramble, kick and hope, repeat to fade. It was sad and uncomfortable to watch and it must have been even more sad and uncomfortable to participate in. The Lions have sorcerers and finishers who are gathering dust out here. 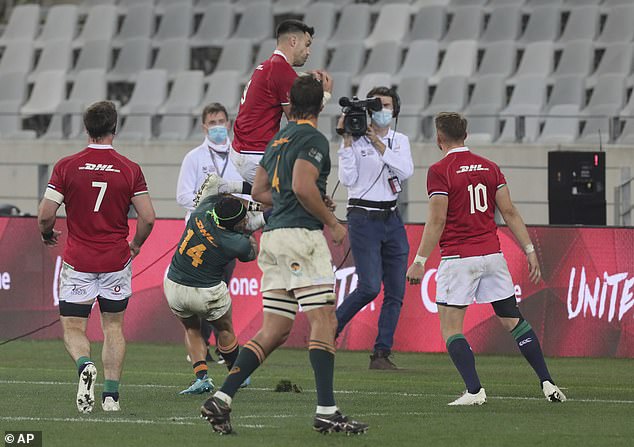 But of course they need a proper platform and that is why the pack can’t be left untouched. They were holding their own until half-time and then they were overwhelmed as the second half wore on.

The lineout became a mess, the scrum was under siege, the Boks ruled the breakdown and they also started wreaking havoc with their driving maul. It was a rout by the end, in all areas. Gatland can’t just hope that the hosts will be emotionally spent. They are gaining match hardness and cohesion.

For the bigger picture – for the health of the sport – events at the empty Cape Town Stadium were deeply worrying. Is this what Test rugby has become? Is this the inevitable consequence of sky-high stakes and tension? It was an absolutely dire, turgid grind. After a club season of so much tactical positivity, this was a miserable come-down. 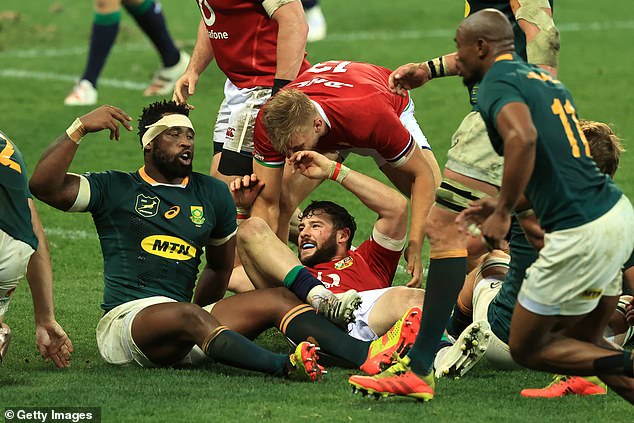 The uncomfortable truth is that this series has coincided with the Olympic Sevens in Tokyo, which has enthralled viewers, and the contrast is brutal. Those who would defend the primacy of the 15-a-side game to the hilt must know that those who are dipping a toe into this water will decide that they don’t want to take the plunge. Coaches who peddle the win-at-all-costs mantra can keep peddling it until everyone has left and turned the lights off behind them.

Whatever the opposite of an advert is, this was it. All bar rugby die-hards wouldn’t open the curtains to watch that marathon first half if it was played in their garden. A marquee showcase of the game and a cherished highlight in the oval-ball calendar is actually putting people off, rather than drawing them in. It has been a bad-tempered slog.

Every step of the way, the second Test was a trial by TMO; a consequence of Rassie Erasmus’s outrageous commentary on social media last week. World Rugby’s lack of action so far is a pathetic indictment of weak-willed governance. The man accused officials of lacking integrity, torched the sacred core values of the game, but was free to carry on carrying on water and offering on-field coaching tips. It was a farcical spectacle. 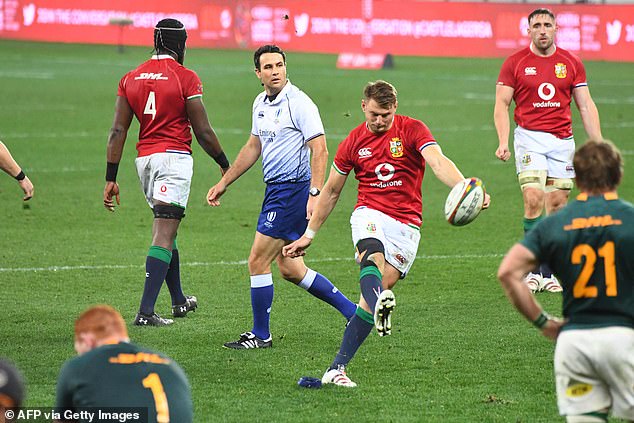 The Lions have every right to feel aggrieved about the presence of South Africa’s director of rugby. They can also feel aggrieved about Cheslin Kolbe escaping a red card and Faf de Klerk escaping even a yellow. But they will know deep down, amid any simmering injustice, that they weren’t beaten by the referee, his assistants or the TMO, they were beaten by the better team. Well beaten.

The Boks can do the same again, with more game-time adding to their momentum, and they will win the series. If it’s another arm-wrestle and aerial duel in five days’ time, there is only going to be one winner and it won’t be the Lions.

So Gatland must embrace the need for change. He must be brave, as he’s been before. If the Lions go for broke, it might not work, but it is their best chance to save themselves – and perhaps save the sport from more reputational damage which it could struggle to recover from. 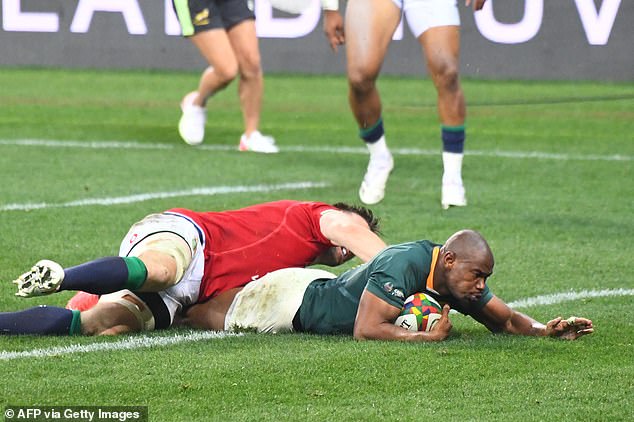 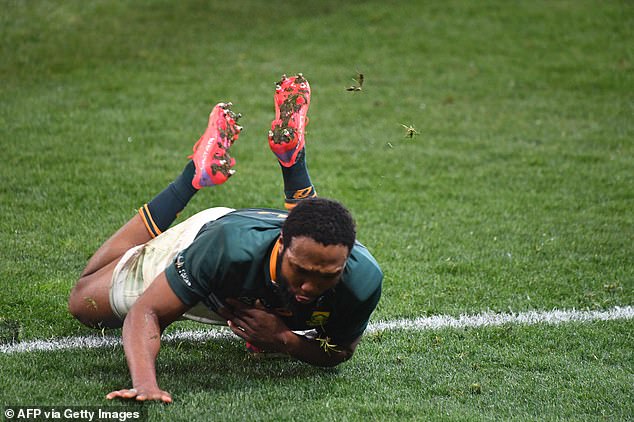 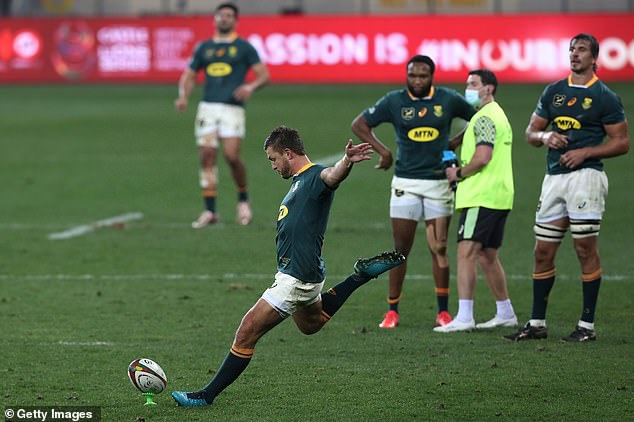 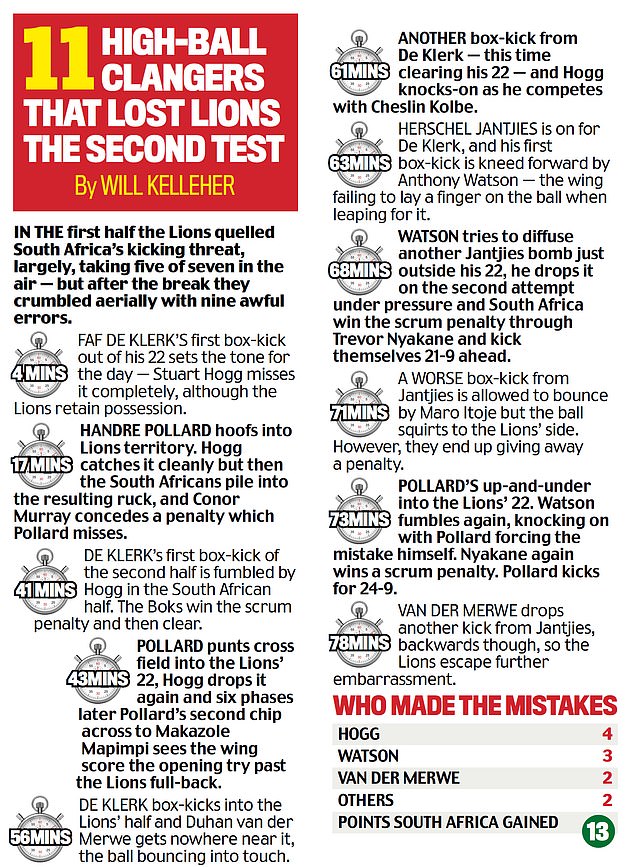