Billionaire tech guru Mike Cannon-Brookes has joined Russell Crowe and James Packer as a co-owner of the Rabbitohs after buying a stake in the NRL club.

Cannon-Brookes, the Atlassian co-founder and first Australian to become a minority stakeholder in an NBA franchise (the Utah Jazz), will own 25 per cent of South Sydney.

Crowe and Packer have reduced their stakes to 25 per cent each. The South Sydney members own the remaining quarter.

“I’m excited and humbled to be a part of this iconic club,” Cannon-Brookes said. “The South Sydney Rabbitohs are special. Not only are we the oldest, loudest and proudest – we are an organisation people truly, deeply care about.

“I’m looking forward to partnering with Russell and James and bringing what I can to the table to help the club grow to even greater heights.”

Cannon-Brookes and Crowe bonded over their climate change crusade during the bushfire crisis and have held top-level talks for more than a year over the tech guru buying into the Rabbitohs. 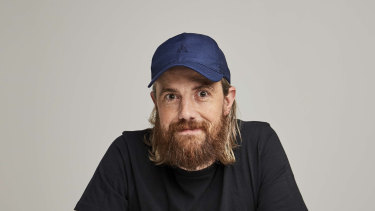 Cannon-Brookes and his wife Annie have pledged $1.5 billion to limit the earth’s warming to 1.5 degrees by 2030.

“This is a very strong move for the club. It connects us to the front edge of emerging technologies and business and underlines the importance of our efforts in the community.

“Mike understands the resonance of sport in Australia, and James and I welcome his input going forward in keeping South Sydney ahead of the curve, and a game-leading organisation, on and off the field.”

The Rabbitohs announced the ownership structure change on Monday after being told by Blackcourt League Investments Pty Ltd that Cannon-Brookes had bought a third of the company.

Blackcourt has owned a 75 per cent stake in the Rabbitohs since 2006.

The Rabbitohs went on a fairytale run to this year’s NRL grand final before falling short against the Panthers.

They will start next season without master coach Wayne Bennett, who will head up the Dolphins as the NRL’s 17th team in 2023, and captain Adam Reynolds, who has left for the Broncos.