The AFL is sticking out its tongue at the NRL. Literally. A map of Aussie Rules clubs across the nation reveals a tongue-shaped projection encroaching deep into NSW.

The “Barassi Line” – a divider separating the AFL states of Victoria and the south and west of Australia from the rugby codes in NSW and Queensland – has moved significantly north.

Historian Ian Turner coined the term “Barassi Line” in a 1978 lecture when he described a sporting cultural divide running from Eden in NSW, through Canberra and up to Arnhem Land.

The line now takes in the Riverina and NSW’s Murray region, where the 70:30 differential once favouring rugby league over Aussie Rules in towns such Temora has been reversed over three generations.

The Sydney Swans will play a preliminary final at the SCG on Saturday with a band of exciting NSW-bred players, while the Melbourne Storm were bundled out of the NRL finals last week, having produced only three first-graders from Victoria in a quarter-century.

Admittedly, some of the Aussie Rules advance into the northern states is illusory. The AFL erects goal posts on local government owned grounds and then pays the local council rental, yet few games are played. However, the existence of grassroots clubs is real.

There are 1504 Aussie Rules community clubs, compared to 861 rugby league clubs nationally, according to researcher Brett Tweedie, who mapped this via a Wikidata fellowship.

Dr Hunter Fujak of Deakin University and the author of Code Wars, commenting on the data in a recent column in The Conversation, wrote, “where Aussie rules was dominant, it was clearly dominant, with league making up just 15 per cent of the two-code-preferred at most in Aussie rules states […] League on the other hand, even when the dominant code, still had a much higher percentage of Aussie rules clubs.

Tasmania does not have a single rugby league club. 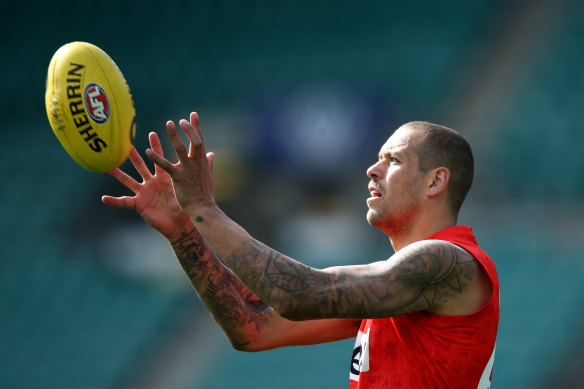 Lance Franklin will be joined by a number of NSW-bred players when the Swans face Collingwood for a place in the grand final.Credit:Getty

Fujak points out that in the past decade, the AFL has distributed $220 million in additional funding to its four northern expansion clubs (the Sydney Swans, GWS Giants, Brisbane Lions and Gold Coast Suns). Both NSW AFL clubs have successful academies, capturing athletic talent from the state.

Meanwhile, the ARL Commission has been debating for over a year how to spend development monies, while the base of the male-playing pyramid narrows. The total number of rugby league playing participants is bolstered only by increasing numbers of female players.

It is expected the ARLC will announce soon that it will control the allocation of development money centrally, with some going to the NRL clubs, with the remainder to the state bodies.

It won’t be a one size fits all model, with, say, the Storm expected to promote participation in Victoria, while the QRL would run development in Queensland. 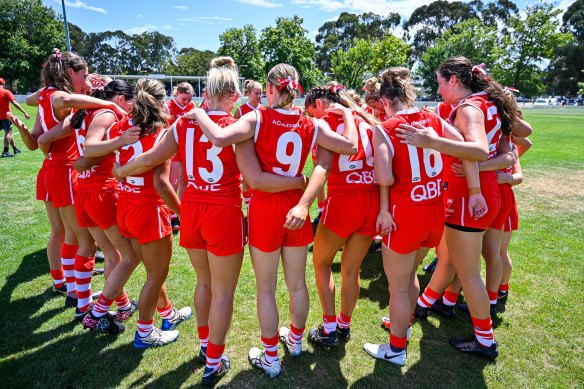 The Swans have almost 300 girls in their academy program – and they now have an AFLW team to aspire to.

Governments and national sponsors are interested in the numbers at the base of the playing pyramid, while NRL clubs are focussed on pathways to the top grade for talented youth.

If you challenge a NSW-based NRL club chair on lack of funding for junior development in a designated region of the state, they will point to money spent on junior representative teams, ignoring how little is invested in the Under 8s.

Another potential drain on grassroots funding could come from a proposed national reserve grade competition. The considerable expense of paying another 300 full-time players would inevitably be at the expense of investment in the base of the playing pyramid. 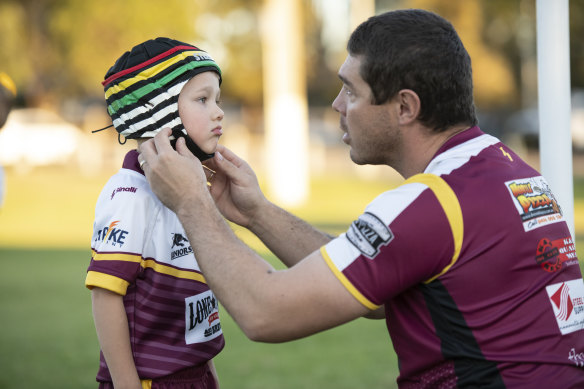 Sean Buchanan adjusts the headgear on his son Beau, who plays for the Glenmore Park Brumbies in the Penrith Junior Rugby League.Credit:Wolter Peeters

The AFL has signed a new broadcast deal which is expected to yield a minimum of $100m a year more than the NRL’s media rights contract. The AFL has dedicated 10 per cent of their $4.5 billion deal to the grassroots, including investment in the “development states”.

If football and beer are staples of the sports-loving public, NSW has already lost the beer war. Sydney-based brewer Tooheys has lost market share in the state to Melbourne’s Carlton and United Breweries.

So, as the AFL sticks out its tongue at the NRL via its community club invasion into NSW, Sydney beer drinkers are already quenching their thirsts with the Victorian product.

As the Barassi Line moves north and the ARLC is yet to announce its delivery model for grassroots funding, chairman Peter V’landys must, like a good beer, bring everything to a head.