Home » Rugby » Female coach in NRL ‘not too far off’, says Jillaroos mentor

Jillaroos head coach Brad Donald has urged NRL clubs across the game to look to appoint a woman for their next coaching gig, following a major increase in the number of women looking to head up a rugby league side.

Ahead of the NRL's women in league round this week, Donald said the NRL is continuing to fall behind when it comes to providing elite coaching opportunities for women. 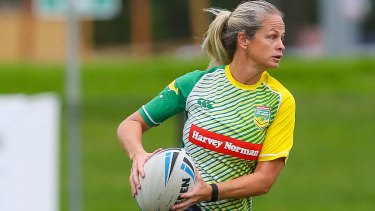 Tahnee Norris with the Jillaroos in 2016.Credit:NRL Photos

Coach Tahnee Norris has taken the Burleigh Bears women to five premierships and has been branded as one of the most likely candidates to break into the NRL's coaching ranks.

But even with a mentor in Brad Donald and over 20 years of experience in the game, Norris said she has struggled to make the leap from the women's game to the men's.

"I've gone to a couple of things that the Titans have run, but it is something the NRL could help with," she said. "I don't know Trent Robinson, for example, but the NRL can set up a meeting."

Norris said both the clubs and the NRL need to do their part to ensure female coaches have the pathways to move into the men's space. 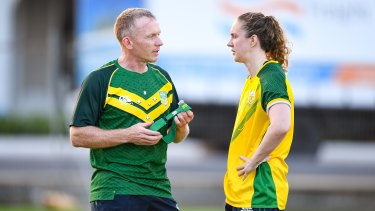 "We need someone to advocate internally for that to happen, a big thing is relationship building and finding avenues to get those opportunities," she said.

The move to include females in club coaching staff has been also embraced internationally, particularly in the NFL.

Zaler joins a long list of women who have now joined the NFL coaching ranks, after Jen Welter was in 2015 appointed to a role as a training camp intern with the Arizona Cardinals.

Donald believes that similar to females now being hired as full-time referees – all it will take is one to shape the future.

"It is certainly an area of the game we are investing.," he said. "We see lots of females around the coaching staff … we are not too far off."