Finn Russell and Owen Farrell will spearhead a new backline combination in the Lions’ opening tour fixture in Johannesburg.

Head coach Warren Gatland has made 14 changes to his starting XV that beat Japan, with Stuart Hogg taking over as captain for the weekend.

Gatland’s plan is to hand every player a starting opportunity in the provincial games. 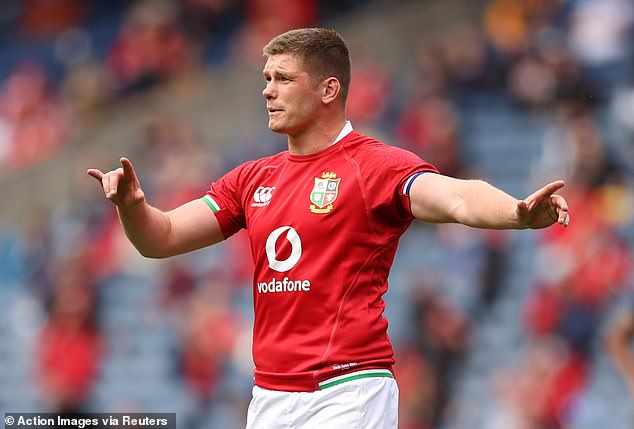 Winger Josh Adams is the only player to retain his place, with tour captain Conor Murray among the players rotated out of the team.

‘It’s good to have arrived in Johannesburg and get the Tour underway,’ said Gatland.

‘We had a pleasing win last week up in Edinburgh, but there’s still plenty we need to get right on Saturday. 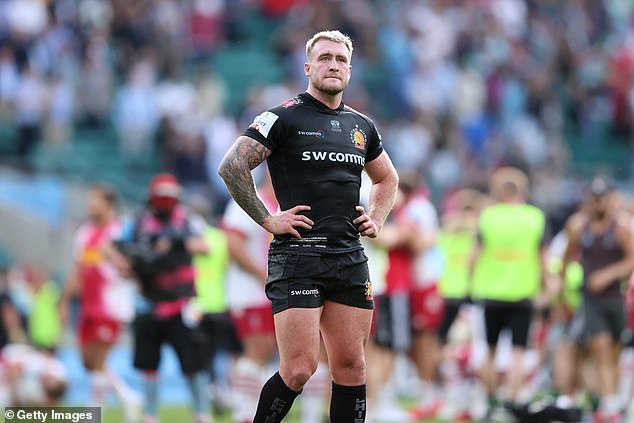 Stuart Hogg has been named as captain, having joined up after Exeter’s defeat by Harlequins

‘I’ve been encouraged by the way the boys have trained this week. I feel it’s gone up a level from where we were in Jersey and we’re starting to see a better understanding of some of our tactics.

‘There’s some new player combinations for us to have a look at this Saturday – which is good information for us as the Test Series approaches.

‘My congratulations to all those playing their first game as a Lion, and also to Hoggy too – who I am sure will lead the side by example.’ 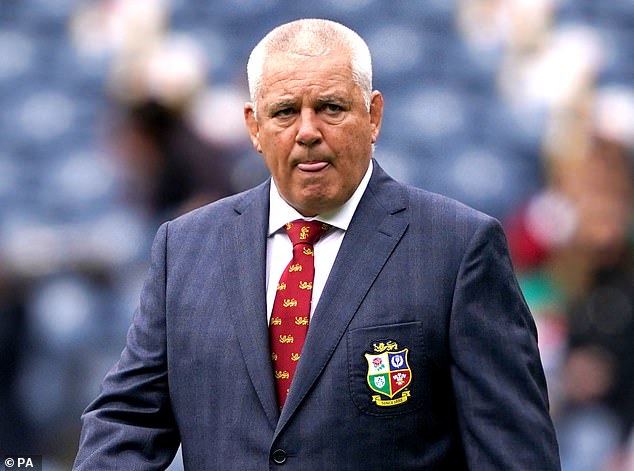 They will be marshalled by Scottish half-back pairing of Ali Price and Finn Russell, with Farrell drafted into the No 12 jersey.

Up front, Wyn Jones, Jamie George and Kyle Sinckler are all handed their first tour starts in the front-row. 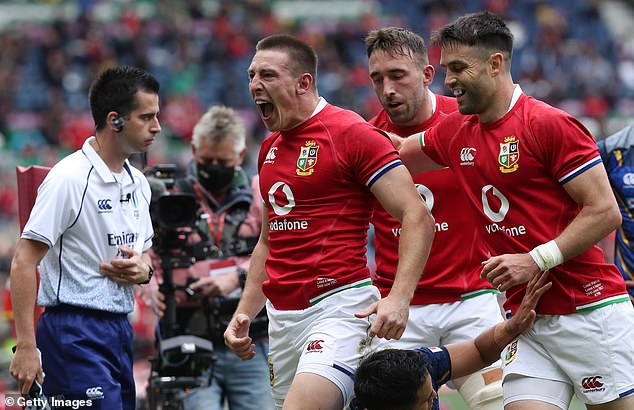 Maro Itoje will partner Hill at lock, with Courtney Lawes move into the blindside flanker position.

Wales’ Toby Faletau will start at No 8 – meaning in-form Exeter Chief Sam Simmonds in primed to make his debut from the bench.