Home » Rugby » EXCLUSIVE: Ben Kay insists rugby might not be here in 50 years

EXCLUSIVE: World Cup winner Ben Kay got the all-clear after tests on his brain health, but he still insists rugby might not be here in 50 years

Ben Kay crossed the border into Edinburgh, where he was faced with a simple choice: left or right.

His decision, in theory, would help determine whether life was heading one way. Or down another, darker path.

‘The image would come up,’ the 2003 World Cup winner begins. ‘You had to click your left button if it was a picture of something inside. And your right button if it was something outside. That was fairly easy.’ But there were other tests. Some while doctors imaged his brain. Some they hadn’t warned him about. 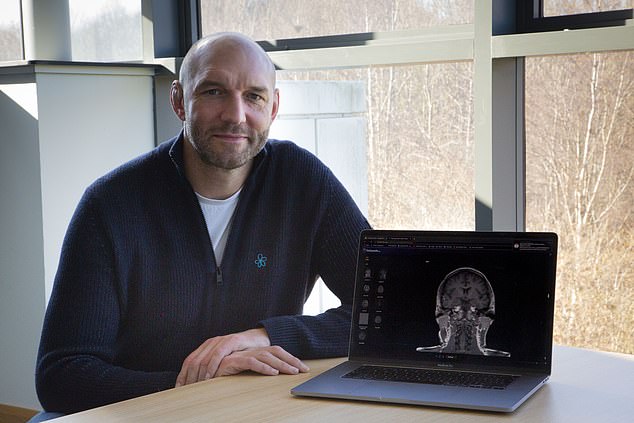 Ben Kay is one of 50 former elite rugby players, aged 40 to 59, taking part in PREVENT:RFC, a landmark study into whether they are at a greater risk of early signs of dementia

‘There were hundreds of pictures and you had to click the left button if you’ve seen it before in the first test, or the right button if you hadn’t,’ Kay continues.

‘Have you seen these faces before?’ the 46-year-old was asked. ‘There was one which was a picture of some mountains and then they would show you a picture of the same mountain range — from a different angle — or it might not be… all sorts of strange things.’ Too many to remember. ‘Obviously my memory stuff wasn’t that good!’ Kay jokes.

The former England lock is one of 50 former elite rugby players, aged 40 to 59, taking part in PREVENT:RFC, a landmark study into whether they are at a greater risk of early signs of dementia.

The stakes could hardly be higher. Steve Thompson, another World Cup winner, is among those to have been diagnosed with early-onset dementia and suspected chronic traumatic encephalopathy (CTE). The 43-year-old is one of 300-plus ex-players bringing legal action against rugby’s authorities.

Brain injury is ‘probably the biggest health concern of the nation’, Kay thinks. ‘It is without doubt the biggest concern that rugby faces.’ And should the sport fail to address it, he fears this crisis could prove terminal. 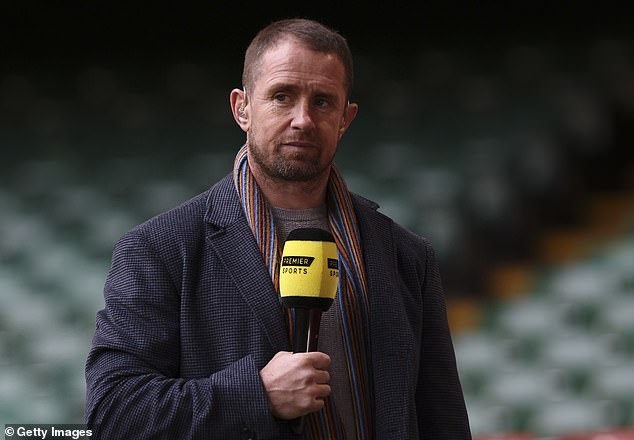 He, Welsh legend Shane Williams and the other ex-players will return to Edinburgh in two years to track any changes. More blood tests, saliva tests, and heart examinations

‘If mums and dads don’t think our game is as safe as it can be,’ Kay says, ‘they won’t let their little boys and girls go and start playing. Rugby will start to suffer and potentially might not be here in 50 years time.’

That is why tests like his matter. Alas, among the binary, black and white questions linger shades of grey. Kay’s results came back as normal. And yet? Good news comes with caveats.

‘When people hear you’re going for a brain scan, they’re probably slightly more concerned than I was,’ he says.

‘I wasn’t going into it, thinking: “Well this scan is do or die”. I know that I haven’t got any significant problems that need addressing now but I’m also aware that down the line, potentially, there might be something to do with brain ageing that needs to be addressed.

‘There’s an element of trepidation but I also knew that this isn’t a magic (bullet) — “Oh, we’ve found that your brain has been affected by playing rugby”. I knew they probably weren’t going to be able to give me that answer.’ That isn’t why he is taking part.

‘My motivation is: I know a few people that are struggling — anything we can do to give the scientists and doctors more data so they can find a reason, find a link, then that’s great.’

As it stands, CTE can only be definitively detected in an autopsy. ‘So although it’s nice to get the all-clear from a doctor, we’re looking to try and be able to diagnose stuff through testing,’ Kay says. ‘Before someone dies.’

So he, Welsh legend Shane Williams and the other ex-players will return to Edinburgh in two years to track any changes. More blood tests, saliva tests, and heart examinations. Another MRI assessment, more memory tests. 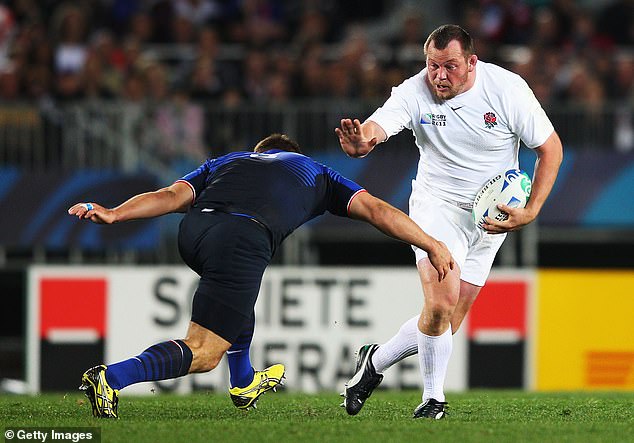 Steve Thompson (right), another World Cup winner, is among those to have been diagnosed with early-onset dementia and suspected chronic traumatic encephalopathy (CTE) 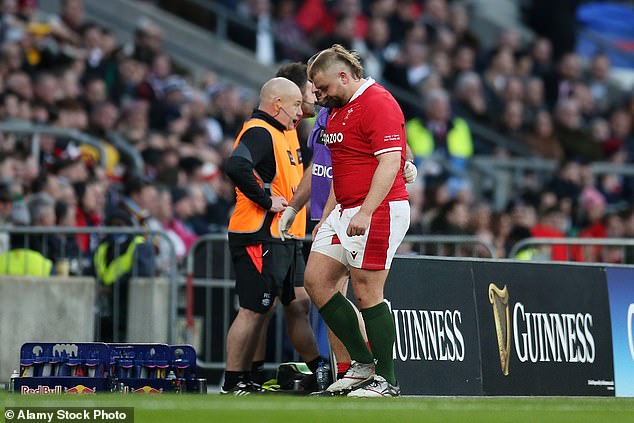 ‘Perhaps I’m burying my head in the sand a little bit,’ Kay says. ‘If I hadn’t played rugby I wouldn’t have any concerns about my brain health at the moment.’

Before taking part, Kay grew ‘slightly nervous’. Familiar people were slipping from his mind. ‘I’ve never been good with people’s names. I’ve played rugby a long time so potentially there is an issue,’ Kay says. ‘But as a result of worrying about it, it got worse.’

The Prevent study, funded by Alzheimer’s Society, is being led by concussion specialist Professor Willie Stewart and Professor Craig Ritchie, an expert on ageing and brain health. They cannot fix this alone.

One problem? ‘My cohort, unfortunately, there is nothing we can do to lessen the risk we were exposed to,’ Kay points out. So rugby must do its part, too, for the sake of future generations. Kay believes the dial has already shifted enormously. ‘Rugby does look very different to what it was 10 years ago,’ he says.

Recent law changes have sought to make the game more open; teams have slashed levels of contact training. No more 100-scrum sessions; no longer do packs collide from a distance.

‘When I first started playing, you’d punch someone and there’s a good chance you stay on the field,’ Kay recalls.

And yet this year’s Six Nations included controversy over the handling of a head injury to Wales prop Tomas Francis — and renewed criticism of existing protocols.

‘The fact that those difficult topics have to be talked about keeps everyone honest,’ Kay says.

‘It’s never going to be perfect.’ 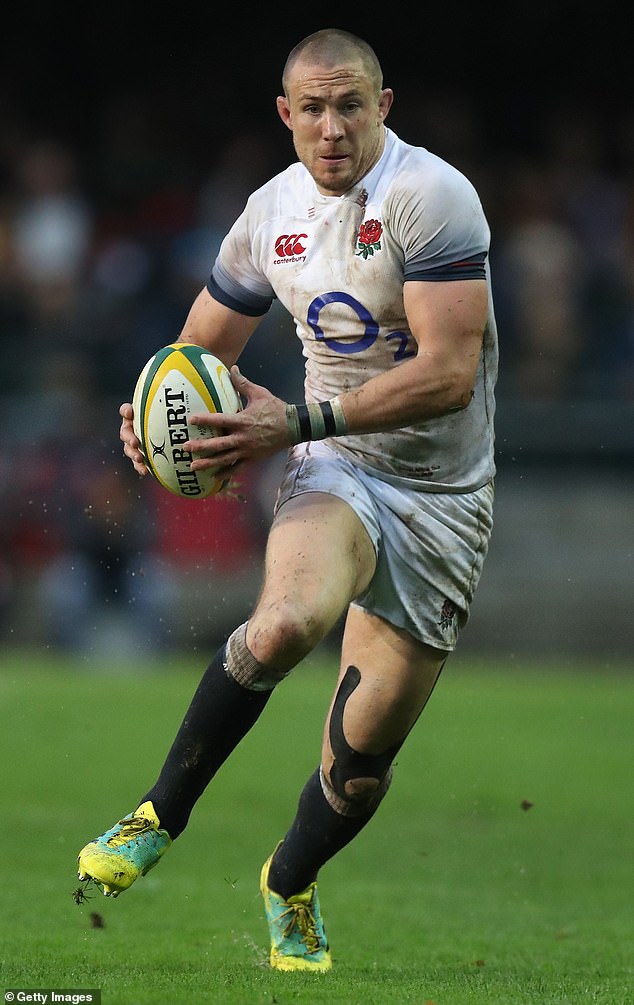 Kay casts his mind back to a chat with an England doctor following a head injury to Mike Brown.

‘The medic told me, if you look at what was the best standard for dealing with an ACL knee injury 20 years ago, we’d say, “What were we thinking? That’s barbaric”.’

‘It could be that what we’re doing now (regarding head injury) is wrong but we need evidence to improve it.’ With politicians now probing the issue, too, Kay expects more change is afoot.

He wants the authorities to address ball-carriers dipping into contact; his worry for current players centres on the number of collisions, rather than how hard they are. For Thompson and Co, law changes are already too late.

Kay hasn’t spoken to his former team-mate but he is doing his bit with this study. Given how their careers entwined, does he feel, if not perhaps guilt, a sense of why? Why them? Why not me?

‘I know it’s horrific to say this… but I never had an ACL injury. So was it just that I was lucky… or was my knee make-up different to a guy that maybe had a weakness in there? Who knows? But unfortunately when you’re talking about people’s brains and the effect it might have on their long-term cognitive health, it becomes a lot more serious.’