Eddie Jones refused to blame the referee for England’s defeat

Eddie Jones hinted strongly at his frustration with Pascal Gauzere but refused to condemn the French referee as England were dismantled 40-24 by Wales.

The Guinness Six Nations champions saw their title defence reduced to rubble at the Principality Stadium as Wayne Pivac’s Grand Slam challengers lifted the Triple Crown after amassing their highest Test score against their fierce rivals.

But the ultimately-emphatic victory was shrouded in controversy after Gauzere awarded two controversial tries inside the opening 30 minutes, the first of which former England captain and boss Martin Johnson described as “absolutely appalling”.

While acknowledging that Wales were “worthy winners” as his own team’s kamikaze discipline yielded 14 penalties, Jones made it clear that by awarding dubious tries to Josh Adams and Liam Williams, Gauzere had made two crucial interventions.

“They’re huge decisions. We can’t debate it, we are not allowed to debate it. All I will end up with is a fine and that won’t help anyone,” said Jones. 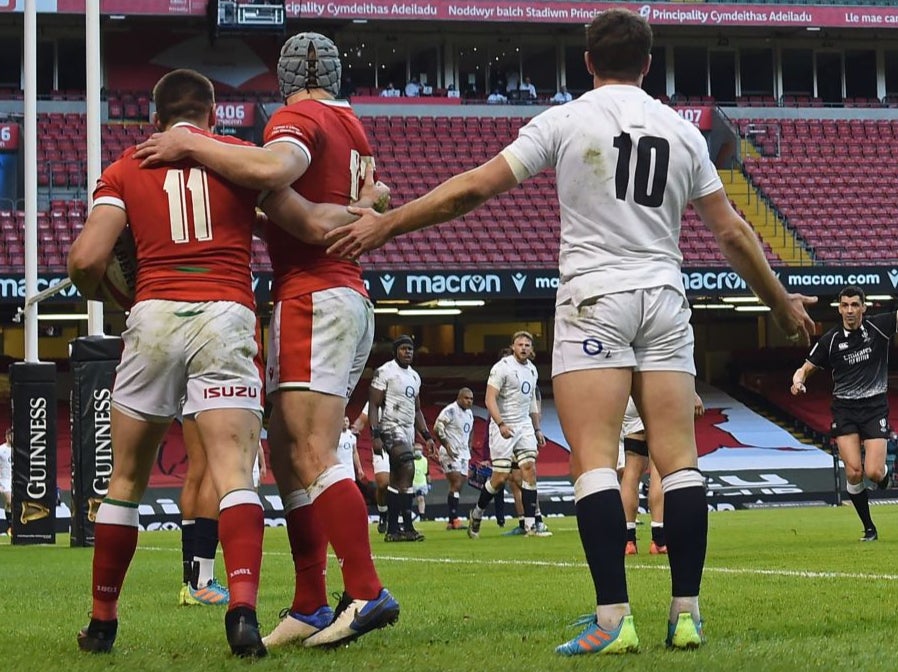 When asked if the decisions changed the game, Jones replied: “Well, they get points maybe they don’t deserve and we have to fight to get back into the game.

“There were times we gave away penalties we shouldn’t have, it was just from the effort and sometimes you get in situations where emotionally you struggle because of the circumstances and you try too hard. That happens.

“Whenever you get beaten and bettered by a penalty, then discipline is an issue. But there were bigger issues in the game than that, and I will let you discuss them.

“Wales worthy winners. We take full responsibility and don’t blame the referee. But sometimes there are circumstances that happen that are difficult to handle and weren’t good enough to handle them.

“I want my dog to eat food, so I am not going to say anything.”

England ironically played their best rugby of the tournament with a number of under-performing stars including Owen Farrell and Billy Vunipola stepping up, but having fought back with tries from Anthony Watson and Ben Youngs to level 24-24, their discipline imploded once more.

“We played some good rugby. We got in their 22 eight times compared to their six times, which gives an indication of the quality of our play, but you’ve got to be able to convert that which we weren’t able to do,” Jones said.

“We were pleased with the effort of the team. No one can say we aren’t a hard-working and honest group. We’ll learn from this. It’s a great lesson for us.”