Decision time is looming for Collingwood and Jordan De Goey.

As we near the halfway point of the season, both club and player would be weighing up what fits best for now and the future.

After a difficult off-season, De Goey has put his head down and been a crucial part of the Magpies midfield. I’ll admit, until the latter part of last year, I wasn’t sure he had that consistency in him. 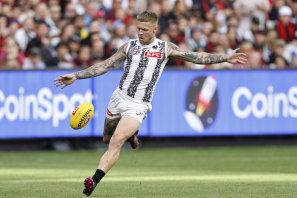 But when it comes to his re-contracting, there are many more factors to consider than with another player.

There’s his status as a match-winner and his potential to be even better, but also some baggage, plus salary cap and free agency considerations.

We don’t know what’s already been said behind closed doors between Collingwood and De Goey’s management, but if I’m the Pies, I’m keeping him hungry.

His current contract is already significant. Every contract comes with a level of risk, but the Magpies shouldn’t be offering him the type of long-term deal they’ve given others, such as Brodie Grundy or Darcy Moore. Could they do that even if they wanted to, given their recent salary cap troubles?

Overall, the club’s list is in an interesting position. While there’s an obvious focus of bringing through young talent from the draft, the Pies still have plenty of experience. At 26, De Goey is one of the few players in the middle bracket.

But if we’re being realistic about Collingwood, they’re probably not winning a flag in the next few years as the likes of Scott Pendlebury and Steele Sidebottom retire.

When the Pies are up and going, they’ve used De Goey’s burst of power through the corridor to great effect. At times, though, he’s also looked frustrated by his teammates’ inability to find him.

So, what does that mean for his future?

Right now, there should be some really mature conversations going on between the two parties. From Collingwood’s perspective I’d be saying: ‘Jordan, we know what you’re capable of, but given where we’re at, this (shorter-term) deal is what we’re offering. If that’s not to your liking we’re comfortable with you testing the market’.

To get the security of four years plus, he might have to move. And while opposition clubs are being very careful not to tip their hand publicly, I’ve got no doubt there is a significant market for him.

In my opinion, his value lies with the contenders.

There are three clubs that should seriously be taking a look at how De Goey might fit into their plans and those clubs are St Kilda, Sydney and Richmond.

The Saints have proved this year they’ve got the base of a very good team. They’re hungry, their game plan looks sound and they’ve got some key personnel. De Goey is a game breaker. Could he be the player who tips them over the edge in their bid for a breakthrough premiership?

I think he’d fit perfectly alongside Jack Steele, Jade Gresham and co. in that midfield, pushing forward when needed. The Saints might be a little gun shy after what’s happened with another big money recruit in Dan Hannebery, but you have to remember he arrived already banged up.

De Goey is in his physical prime. Just because that move hasn’t worked out doesn’t mean they shouldn’t be bold in the future.

The Swans will be a big watch this off-season, particularly as the conversation around Dustin Martin’s future intensifies. If Martin goes to the harbour city, that probably rules out any De Goey offer.

But with Buddy Franklin’s monster deal ending, and Josh Kennedy likely retiring, they should have plenty of room to move from a salary perspective.

De Goey is an automatic replacement for Kennedy in the middle and adds a touch of X-factor alongside blue-chip on-ballers Luke Parker and Callum Mills, who’s had an amazing year. Sydney’s culture and ability to develop players under John Longmire also seems the perfect environment for him.

Richmond are the really intriguing ones.

If Martin moves, the Tigers could clearly be big players in free agency, but even if he stays, they might still have the ability to get creative. With Trent Cotchin, Shane Edwards and Jack Riewoldt all out of contract and closer to the end of their careers than the start, could they find room for De Goey?

Imagine how damaging a Dusty-De Goey midfield combination would be.

If the Tigers think they can top up for another shot at a premiership, then De Goey is their man. He wouldn’t have to be a star, just an important role player. The question then would be compensation, given De Goey is a restricted free agent.

If the season stopped right now, the Magpies would get pick eight. There’s a chance by the end of the season they could get a bit closer to the top five. Given the type of contract De Goey would command if he were to leave, the Magpies could have, say, picks six and seven in their keeping for another big draft.

If they climb any higher up the ladder, they could threaten to match and try to orchestrate a better deal, as Adelaide did with Geelong for Patrick Dangerfield.

When I think of Jordan De Goey, I think of those three goals in the 2018 grand final that just about won Collingwood the game. I think he belongs on that stage.

But whether it’s in black and white remains to be seen. 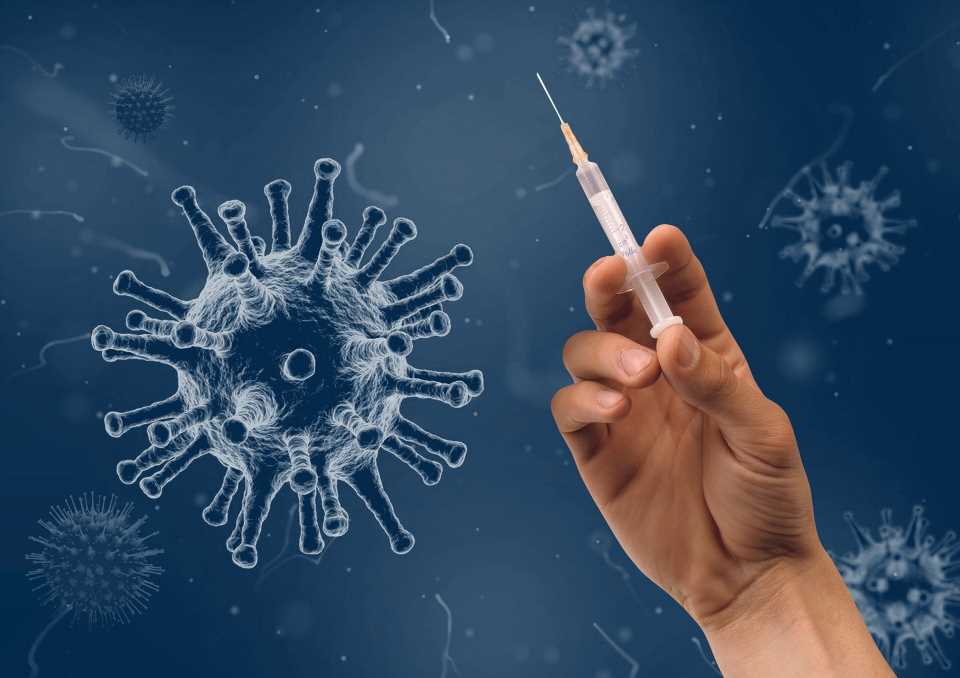