Danny Care has been told age is just a number and that he is in Eddie Jones’ World Cup thoughts after four years in Test exile with the Harlequin scrum-half making a shock return to the national side.

Care, 35, returned to Jones’ squad for the first time since 2018 this week and is in contention to feature against the Barbarians at Twickenham on Sunday as the experienced pro attempts to unseat the youthful Harry Randall.

The Gallagher Premiership’s in-form No 9 this season has been told he can bid for a spot in England’s party to tour Australia this summer and go to next year’s World Cup if he impresses this weekend. 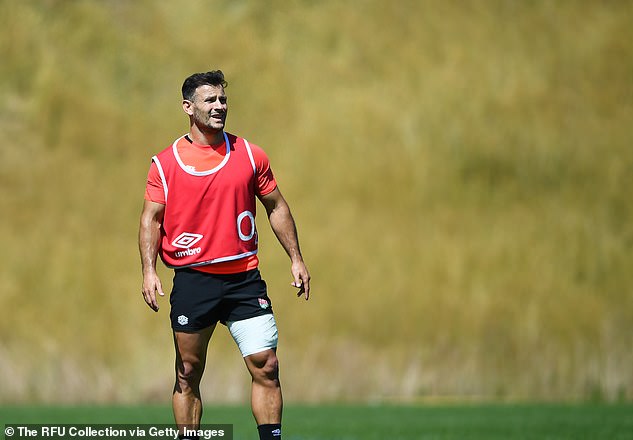 Care will face stiff competition from a trio of talent in Randall, Northampton ace Alex Mitchell, and latecomer Ben Youngs who will join up with the team late along with others currently unavailable for selection due to their involvement in this weekend’s Premiership final between Leicester and Saracens.

‘Danny is a competitor. He wouldn’t be here if he didn’t have that focus to go to the World Cup,’ said England assistant coach Richard Cockerill.

‘He’s in great physical condition even as a senior member of the squad. I’d say he’s very keen to compete for a spot. 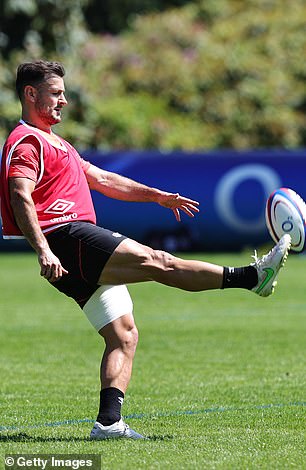 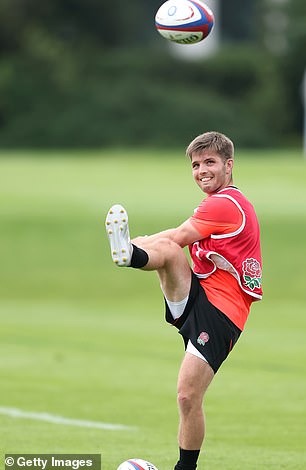 ‘I don’t think age will be a barrier,’ he added.

Head coach Jones has a fully fit squad to choose from. Prior to his surprise call-up, Care had been in contention to feature for the Barbarians against the country of his birth but now finds himself cemented in the England camp.

‘He’s been on great form for a little while now. He’s full of energy and life. He’s a good character and clearly a very good player,’ Cockerill added of Care.

‘Danny’s always been in England’s thoughts. He’s been in great form for Quins. He’s dropped in very easily and has trained very well. 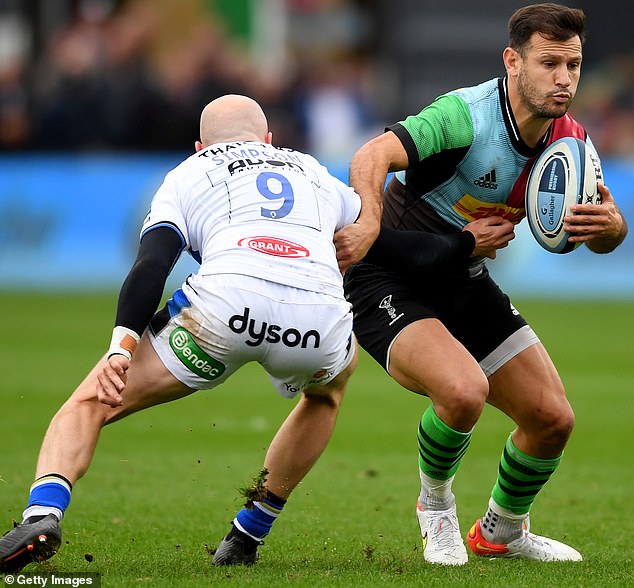 Passes: 1507 – The 35-year-old completed more passes than any other player in the Gallagher Premiership this season

Points: 48 – The Harlequin scrum-half scored more points that Randall and Youngs combined this season but lags behind Mitchell’s 65

‘Everybody’s in contention and has their opportunity on Sunday to put their hand up to go on tour.’

Cockerill added Care’s experienced Harlequins team-mate Joe Marler also remains in contention to tour Australia despite the fact he is not in head coach Jones’ squad this week.

Exeter hooker Luke Cowan-Dickie is continuing his return from a knee injury suffered against Wales in the Six Nations but is yet to resume full training.

‘He’s looking pretty healthy. He’s not joined training yet but we’re hoping his rehab will start to accelerate once he’s got the all clear from the specialists,’ Cockerill said.

‘Luke has got a great attitude. He is a really aggressive and up-and-at-them type of player.

‘It is not always about playing lots of games to get match fitness.

‘If Luke is fit he would be more than capable of taking the field in Australia if that is the right thing to do.’