Star Bulldogs midfielder Tom Liberatore has been ruled out of Saturday night’s elimination final against Fremantle because of a hamstring injury.

In a statement on Wednesday morning, the club said Liberatore had injured his hamstring in a training session last week. 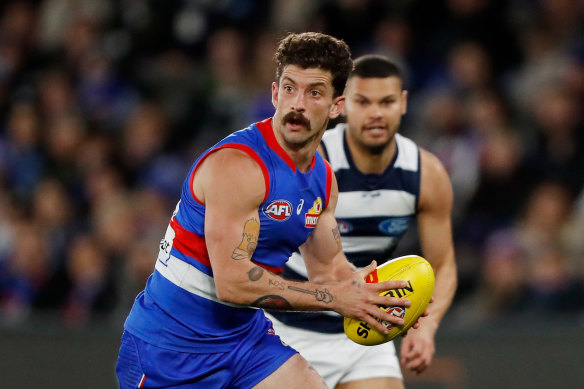 Tom Liberatore won’t play against the Dockers in the elimination final this weekend.Credit:AFL Photos

“Tom sustained a hamstring injury during training last week and scans have revealed a low-grade injury to the hamstring muscle,” said Chris Bell, the Bulldogs’ head of sports medicine.

“Tom won’t play this week but we will monitor his progress over the coming days before determining his return to availability.”