Warren Gatland’s 37-man British and Irish Lions squad for the tour of South Africa has been announced with Alun Wyn Jones confirmed as captain. The Welsh icon will be taking part in his fourth Lions tour having first pulled on the famous shirt back in 2009.

Jones also captained the team to victory in the dramatic third Test victory over Australia back in 2013.

English players dominated that squad with 11 players selected while 10 Welsh players were announced.

The Irish and Scottish contingent were split with eight players from each country, with 18 set to make their Lions debuts. 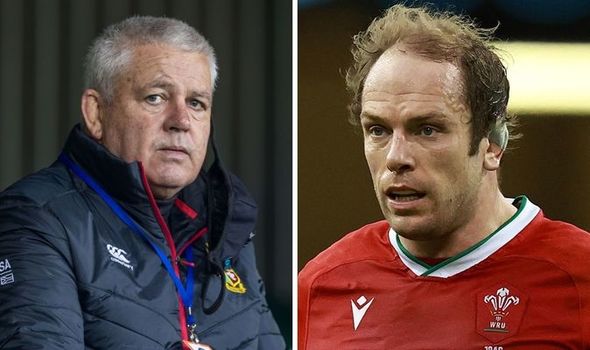 But there was no place for Ireland’s Johnny Sexton or England’s Billy Vunipola.

There is still some time before the squad travels for the start of the tour on July 3.

There may well be some replacements for injuries or suspensions with the first of three Tests scheduled for July 4.

The Lions will play a number of warm up games before traveling to South Africa, starting with a match against Japan at Murrayfield on June 26.

It is yet to be confirmed whether games in South Africa will be played in front of spectators.

Flights between the UK and South Africa are currently suspended with quarantine measures in place.