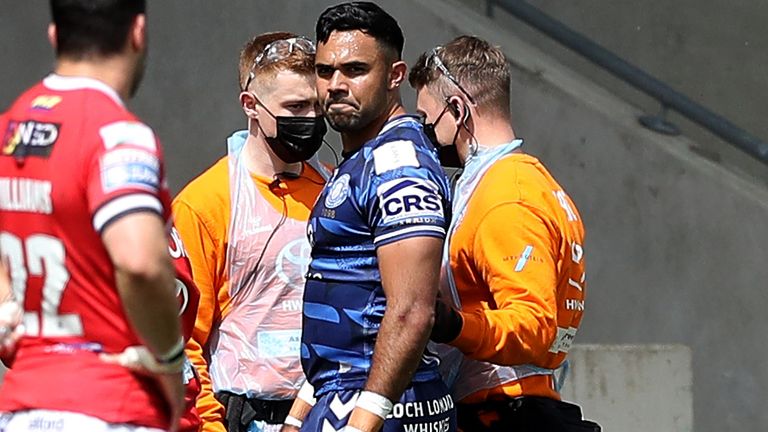 Wigan full-back Bevan French could be sidelined for several months with a hamstring tear that coach Adrian Lam says is worse than initially thought.

The former Parramatta outside back, who missed the first month of the Super League season after being given permission to delay his return from Australia, sustained the injury in the Warriors’ 17-16 round-seven win at Salford last Saturday.

“He’s had a scan and he’s seeing a surgeon in the next 48 hours but, at first glance, it doesn’t look good,” Lam said at his weekly press conference.

“It seems to be longer than for a normal lower-hamstring tear. The length of time will be determined by the surgeon but it will be at least a month. 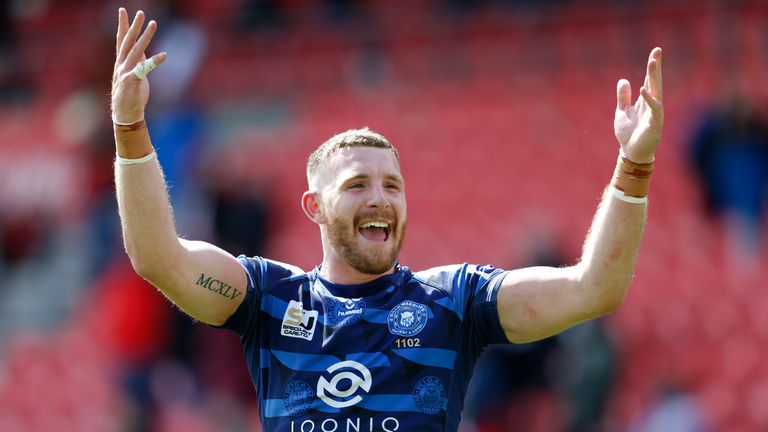 “Grade four is between six and eight weeks and with any operation it’s really 12 weeks onwards so potentially it could be three, four or five months. Fingers crossed that’s not the case.”

The loss of French is another blow for Lam, who has been forced to play forwards in the threequarter line for much of the season so far after suffering injuries to most of his outside backs.

Oliver Gildart and Liam Marshall have yet to play this season while new signing Jai Field tore a hamstring on his debut in the opening game and Dom Manfredi sat out the first six games.

“Bevan’s a very important player for our team so he’s going to be sorely missed,” Lam added.

“But we’ve been in this situation with other players all season so it’s business as usual and we’ve got to get on with it.”

At least Wigan have a ready-made full-back replacement in Zak Hardaker, who began the season in his favourite position and will move back there from the wing for Saturday’s match against Catalans Dragons.

That will see Hardaker go up against former Wigan favourite Sam Tomkins, his main rival for the England number one shirt for the World Cup.

Tomkins was a late withdrawal from the Catalans team that beat St Helens in Perpignan at the weekend but Lam says he expects him to return on Saturday.