Campbell Graham is the son of a Glaswegian sewing machine mechanic, a Midlands migrant and the one-time Great Britain target of Sam Burgess and Wayne Bennett alike.

Up until three weeks ago, he was the Scottish Bravehearts’ star attraction at this World Cup.

But come Saturday morning AEDT, Graham will be Mal Meninga’s right winger, a green and gold rookie playing in front of dozens of English and Scottish relatives in Coventry, his mum Lisa’s home town, against the Scots.

“Dad’s all for it. As long as I’m not playing for England, he doesn’t mind,” Graham said ahead of his Australian debut.

The Rabbitohs junior still describes his selection as a shock, but it’s just reward in the eyes of many considering his efforts at South Sydney in recent years.

Graham has been one of the game’s most consistent outside backs and has developed into a fine defensive centre, all while offering a 197-centimetre frame as an aerial target and awkward task for rival defenders.

Stewart Graham – said to be a dead ringer for Bennett – is apparently still so Scottish after a few decades in Australia that his son acts as translator for his mates.

He and Lisa will be on deck for Graham’s debut and pre-game jersey presentation, having booked a World Cup trip for his Bravehearts appearance until Meninga and the Kangaroos came calling.

“But for now he’s an Aussie supporter so it’s all good,” Graham said. “Obviously it would have been a proud moment to represent Scotland. But he knows that this is just about the pinnacle of our game in terms of representative football, and he’s completely supportive of where my allegiance lies.

“I was always going to play for Australia if that opportunity came up and made that clear from the start. So he’s very happy for me.

“Maybe later in my career I’ll have an opportunity to represent [Scotland] again, but I can’t wait to verse them.”

Graham’s English heritage also had him on Bennett’s radar in 2019 when he was still coaching the national side.

He and Burgess tried to sway the 23-year-old throughout the season, with the Great Britain Lions tour offering the chance to represent his Scottish heritage without ruling Graham out of Australian or NSW Origin honours under international eligibility rules.

“[Bennett] was whispering in my ear and so was big Sam, but I knew where my allegiance lies,” Graham said. 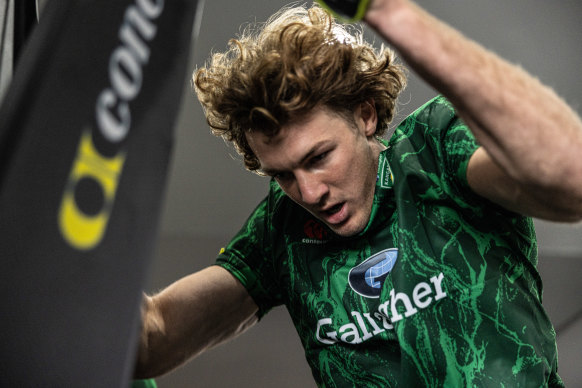 “That was brought up a few years ago to play for the Lions, but I was never really going to commit to that if it ruled me out of an opportunity to play for Australia.

“This was always a goal of mine, I was never going to make any decisions that would jeopardise that or rule that out. I always wanted to play for Australia.”