TJ Perenara has confirmed that he has a real interest in making a cross-code switch to the NRL, and has had direct talks with Roosters coach Trent Robinson.

“It’s definitely genuine from both parties,” Perenara said from Japan on Tuesday evening. “I played league when I was a little bit younger. In contract years I’ve often thought about it. 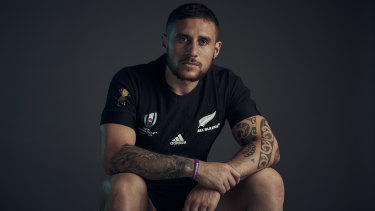 All Blacks star TJ Perenara has confirmed his interest in joining the Roosters in the NRL.Credit:Getty

“I feel like the position at hooker suits the game I like to play. There’s no decision yet. There’s a few options on the table but I haven’t made a decision.”

The All Blacks halfback is starring in the Japan’s Top League competition, where he has guided the NTT Docomo Red Hurricanes into a quarterfinal match against Kieran Read’s Toyota Verblitz in a fortnight’s time.

But there has been intense debate about his future after Robinson confirmed the NRL glamour club was trying to sign him.

The Hurricanes have stated they want to re-sign the 29-year-old, whose leadership and competitive nature has been badly missed during their Super Rugby Aotearoa campaign.