AFL Commission chairman Richard Goyder says allegations that First Nations players were mistreated at Hawthorn are “another challenge for the game” as the league prepares an independent investigation.

Goyder told the traditional North Melbourne grand final breakfast on Saturday that the allegations first published by the ABC on Wednesday were harrowing and distressing. Prime Minister Anthony Albanese acknowledged it had been “a difficult week for the AFL” during his speech at the event. 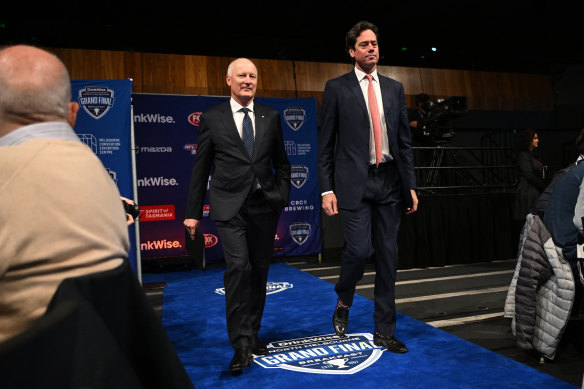 On Wednesday, the ABC reported that in an external consultants report – commissioned after allegations made by former premiership star Cyril Rioli and his partner Shannyn in The Age – former First Nations players alleged that during their playing days at Hawthorn they were told to live separately from their families, and, in some cases, forced to cut ties. One player and his partner were allegedly pressured to terminate a pregnancy.

Goyder, speaking publicly for the first time since the allegations were raised on Wednesday, said the wider AFL community needed to ensure it was a “non-negotiable” that all involved with the sport were treated fairly.

“It takes immense courage telling the story and sharing your experiences and the enormous hurt, anger and sadness you’re feeling,” Goyder said.

“The AFL Commission acknowledges your hurt and our commitment is to provide whatever care we can, while ensuring the work of the panel appointed to investigate provides the most just outcome for all parties concerned. 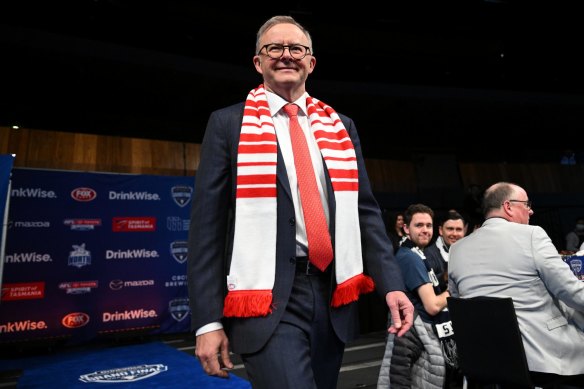 “One of the strongest elements of football is that the footy family comes together so strongly and effectively when any of us face major challenges or are confronted by tragedy. It’s critical that the best of our footy family come together at this time together to address the environment and improve every part of our game.

“We must ensure that everyone is truly welcomed and truly safe in our game. That is non-negotiable. That is our commitment to those in our game and those who love our game.”

At the same event, departing AFL CEO Gillon McLachlan said it was a matter for Goyder to decide whether he would be involved in the investigation into the Hawthorn allegations.

“That obviously has to be sorted for both the complainants and those accused. That will be done,” he said.

Asked if he would stick around for that, McLachlan said: “That’s a decision for Richard. I will say that it is incredibly important that gets resolved.”

Albanese, in a wide-ranging speech that also referenced the government’s plan to hold a referendum to establish an Indigenous Voice to Parliament, said discrimination had no place in Australia and that he expected the AFL to conduct a transparent investigation into the allegations.