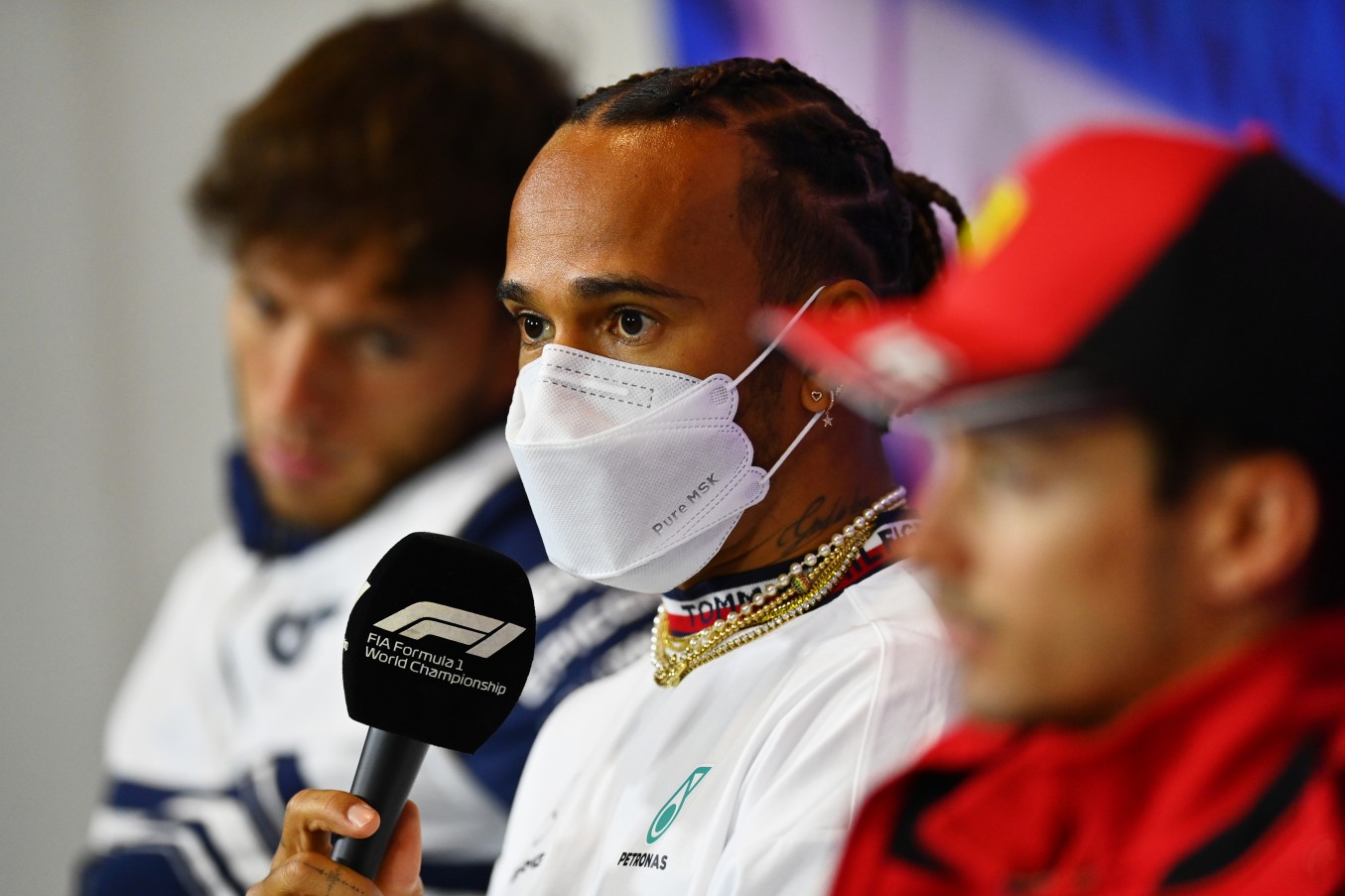 Multiple Formula 1 drivers have shared their support of Sir Lewis Hamilton and called for serious change following the racial abuse incidents that have rocked the sport.

Earlier in the week, a video of former world champion Nelson Piquet using a racial slur when discussing Hamilton emerged, sparking widespread condemnation of the Brazilian and support for the British sporting legend.

In addition, Red Bull terminated the contract of their junior driver and F2 racer Juri Vips after he used the same word during a live stream on Twitch last week.

There have already been statements from F1, the FIA and several drivers and teams in response to the two incidents, while Hamilton has already spoken several times on the issue.

On Thursday, at the press conferences ahead of the weekend’s British Grand Prix, drivers commented further on the matter:

‘It’s not correct to use these words in general all over the world not just in Formula 1.

‘I think it all starts with education nowadays from a younger age. At home, at schools you need to be taught that these kind of things cannot be said or used in general and that’s what F1 together with Lewis are working on for the future and all the drivers are behind that.’

‘These two events are obviously horrible to see in today’s day and age.

‘We all need to stand together to stamp this out. We as drivers and teams and the sport need to use our platform for the greater good and we need to see change.’

‘Any form of abuse is wrong so I think it was great to see that there was so much response from all of the F1 community. So quickly people responded and expressed support on the matter toward Lewis.

‘I don’t think there should be any room for these kind of comments and we still have to do a lot. I think we’ve come a lot further from many years ago but it doesn’t help when there are these things out there and people are still using inappropriate language and saying wrong things.

‘I think it is very important to keep talking about it because as I said it’s not gone and it won’t be gone overnight. F1 has a responsibility to address these issues.

‘More than anything else it’s about how we behave and how we include everyone there is, no matter which colour you are, no matter what your sexual orientation is. Any community is welcome and we should always respond in that way and make it clear that we are open to everyone because kindness matters, people matter.’

‘This is not something Lewis has had just recently it’s something that he’s had to live with and deal with for a lot of his career. I think we all know how strong of a person he is and how he can get through these times because it’s definitely not an easy thing.

‘In Formula 1 we always want to create positive change and although we are just drivers, we still want to make things better in the world and this highlights that we still need to do this.’

‘The recent events show that we have a long way to go in our sport but I believe that is a reflection of the whole society and we need to be better.

‘Lewis deserves respect. He is a seven-time world champion but there is much more to him than that as a person.

‘It’s a really big shame and its very disappointing and sad to see that there are still people that don’t understand this.’