Formula One preview: A lap of the Japanese Grand Prix

Sebastian Vettel has hit out at Fernando Alonso after a carnage on the first lap at the Japanese Grand Prix.The German was involved in an incident at turn one with the four-time champion swiping back at the Alpine star. Moaning over team radio, Vettel said: “I got hit by Alonso, very bad.” 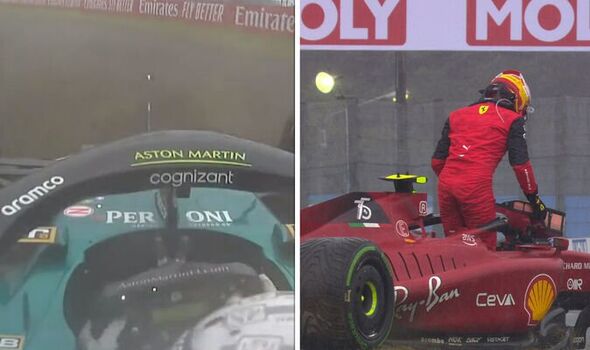 Carlos Sainz was also forced out of the Japanese Grand Prix after a heavy crash on lap one. The Ferrari driver lost control on the run up to Spoon curve after driving through running water.

The spin threw the car across the rack and into the barrier, ripping debris and tyres off his car. Jenson Button said Sainz was “lucky” he wasn’t collected by other cars as he flew across the racing line.