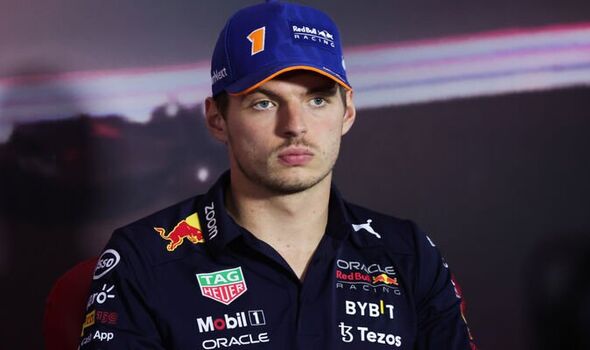 Max Verstappen brutally shut down fears about Lewis Hamilton’s speed ahead of the Dutch Grand Prix. The Red Bull driver will start in pole position in Sunday’s race, but Hamilton and Mercedes team-mate George Russell also enjoyed a positive day of qualifying.

Hamilton is improving in pace – having also qualified well in Belgium two weeks ago – and will start the Grand Prix in fourth position. The Brit qualified three-tenths off pole position and didn’t have the chance to improve when Verstappen’s Red Bull colleague Sergio Perez spun at the end of Q3, prompting a yellow flag.

But Verstappen is not worried by the pace of Hamilton and ruthlessly brushed off any suggestion of competition from his old foe. The Dutchman was asked by a journalist: “Are you worried about the pace of the Mercedes in the long-run?”

In a brutal one-word dismissal of Hamilton’s chances of competing, Verstappen replied: “No.” 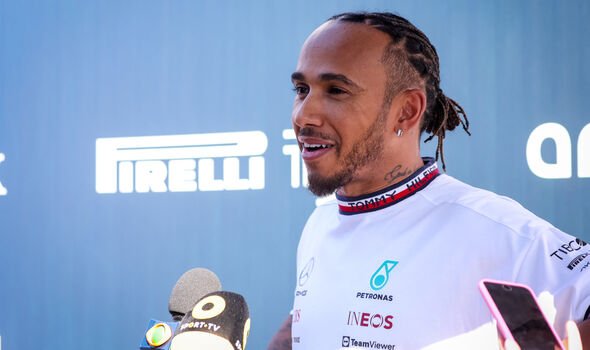 Verstappen enjoyed an excellent qualifying session in front of his home crowd, overcoming a frustrating practice the day prior. He did not top any of the practice rounds and lost a lot of time due to a reliability issue.

“Especially after yesterday, as well, we had a difficult day. We worked really well overnight with the whole team to turn it around and today we had a quick race car again but it was very close and a lap around here, a qualifying lap is insane,” Verstappen said of qualifying, in which he finished ahead of world championship rival Charles Leclerc.

“We changed a lot because yesterday was a bit rushed in FP2 to get the car together but today was, again, enjoyable to drive.”

Meanwhile, Hamilton shut down claims made by Mercedes chief Toto Wolff – who claimed that the 37-year-old could have taken pole position. Wolff pointed out that Hamilton was a “tenth up on Verstappen and Leclerc”.

“I think that’s highly optimistic,” Hamilton responded. “I think that was still a bit too quick. But I think [the] front row was possible.”

Mercedes have seen a huge improvement in performance, but there remains some inconsistency. “We’re much happier coming in this weekend to have a car that’s potentially fighting for a front row,” Hamilton added.

“I don’t understand [how] one weekend it can be so far off and the next weekend, all of a sudden, we’re right there. So I think it’s confusing for sure. But lots of positives to take from today. I think if we hadn’t had the yellow flag we’d have been hopefully potentially fighting for the front row, so that’s really positive.”