The Dutch driver was angry after the pair collided during practice, screaming over the radio: ‘Is this f****** guy blind. What the f*** is wrong with him? Jesus Christ. I have damage. What a mongol, I swear.’

He also called Stroll a ‘retard’. 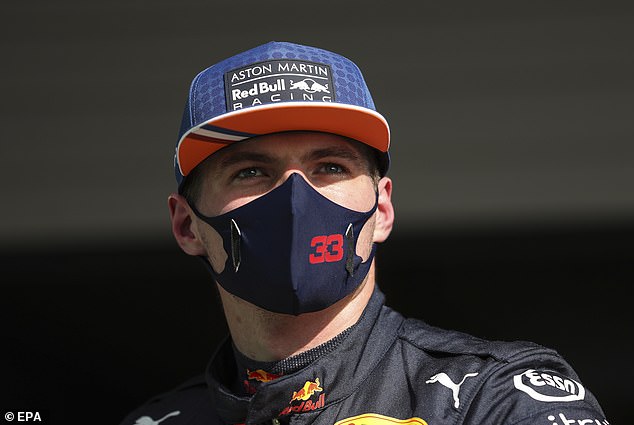 The stewards did not apportion blame for the incident, and the FIA decided not to take action over the outburst.

Verstappen later said he ‘didn’t mean anything bad’. His Red Bull team principal Christian Horner added: ‘We discussed this with Max internally. The comments were made in the heat of the moment when emotions were running high.’