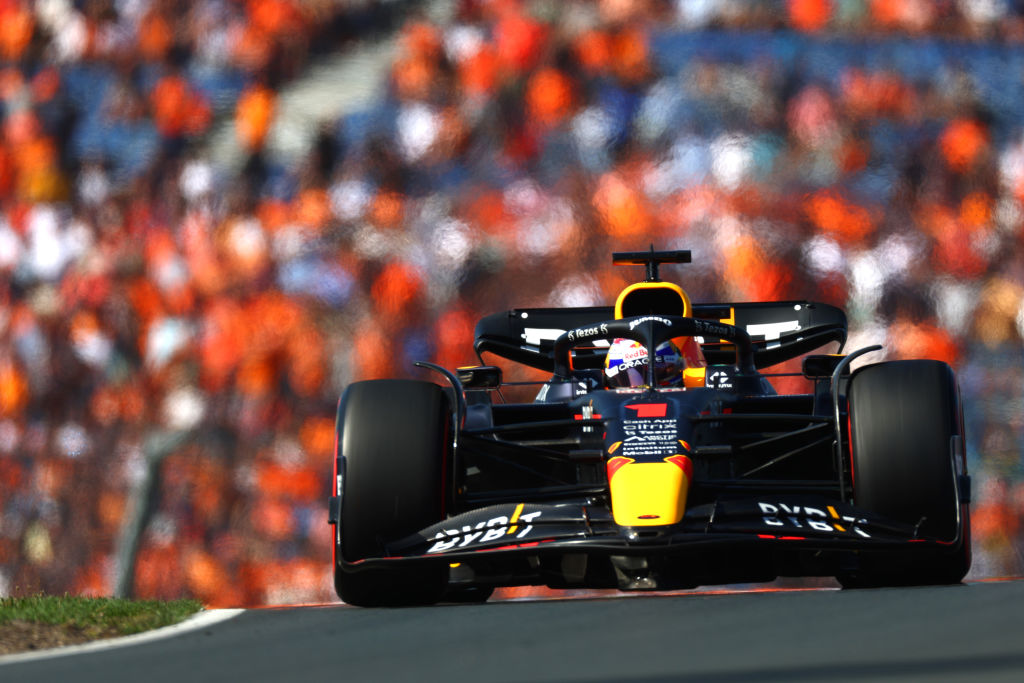 Max Verstappen will start his home race from the front after pipping Charles Leclerc to pole position for the Dutch Grand Prix.

In a tight qualifying session, the championship leader emerged quickest ahead of Leclerc by only 0.021 seconds, and with the other Ferrari of Carlos Sainz Jr. also within a tenth of a second of the Red Bull, Sunday’s race is looking to be a cracker.

Mercedes duo Sir Lewis Hamilton and George Russell were also contenders for pole but had their final runs scuppered by Verstappen’s teammate Sergio Perez after he dramatically spun at the last corner, and will now start the race fourth and sixth respectively.

Verstappen’s weekend got off to a nightmare start after his Red Bull broke down with gearbox issues in practice, but recovered well to take pole, much to the delight of the Dutch fans at the Zandvoort circuit.

‘Unbelievable, especially after yesterday as well,’ the 24-year-old said.

‘We had a difficult day but we worked really well over night with the whole team to turn it around.