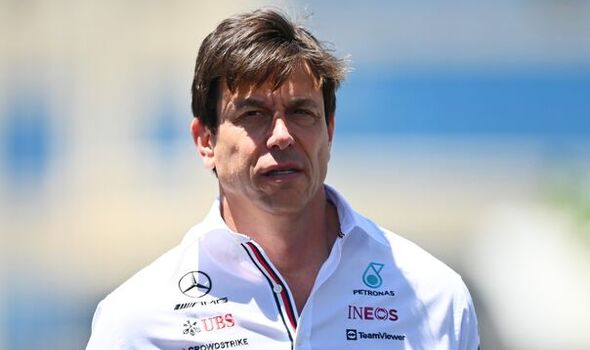 Toto Wolff has jumped to the defence of Lewis Hamilton after his driver’s improved showing at the Canadian Grand Prix. Hamilton, 37, has endured a torrid 2022 campaign so far, but despite encountering more problems with ‘porpoising’ in practice, finished on the podium in Montreal for just the second time this season.

He came in third behind race winner Max Verstappen and runner up Carlos Sainz, his best result since the opening day of the season in Bahrain. It was also the first time since that race that the seven-time world champion has finished ahead of younger teammate George Russell.

The two Mercedes drivers used very different strategies, with Russell finishing fourth. It maintained the 24-year-old’s consistent record of finishing in the top five of every F1 race so far this year.

Indeed, he still leads his more esteemed teammate by 34 points in the standings, ahead of the British Grand Prix – a race Hamilton has won eight times – on July 3. And now Wolff, Team Principal of the ‘Silver Arrows’, has claimed that for all his problems thus far, the F1 icon has been plagued by poor luck.

“There were a lot of races that worked against him where he could have scored a podium or a much better result,” he said, via formula1news. “It was not his wrongdoing but bad luck, and seeing him now on the positive side and being on the podium without anything being gifted, that is good to see.”

Mercedes were boosted last week by the news that the FIA were set to address the issue of ‘porpoising’, after Hamilton voiced concerns of potential back and concussion issues. But Wolff, 50, said his team were progressing back towards the levels that have seen them win eight straight constructors’ titles.

“We are all very happy,” he added. “We have scored five podiums this year and we have seen glimpses of the performance that we have, but it is far away from our own expectations of ourselves.

“You need to take a podium as a good result, especially on merit, and I am happy for Lewis because he was really disadvantaged in some of the races where the safety car went against him.” The Austrian did concede that “there is still lots of work to do” as his team bids to close the gap on front-runners Red Bull and Ferrari.