George Russell admits that driving Mercedes’ W13 car could be compared to ‘riding a rollercoaster’ due to excessive porpoising on the track.

The 24-year-old went from P9 to P4 in the Bahrain Grand Prix on Sunday, while teammate Lewis Hamilton finished on the podium in third.

However, Russell bounced around the Sakhir circuit in the first race with Formula One’s new ground-effect aerodynamics. 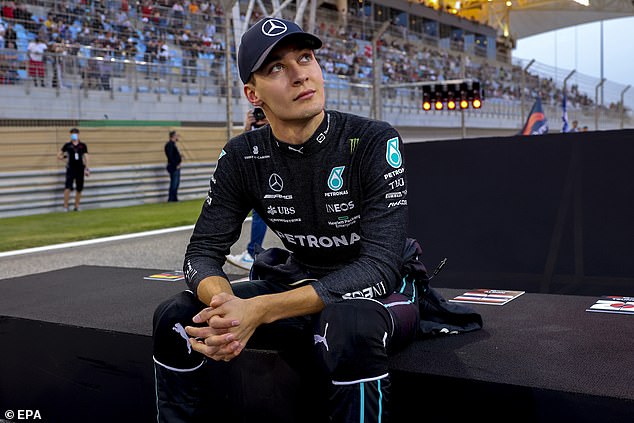 Asked if he would need headache tablets after the race, the Brit said: ‘The adrenalin is still running at the moment but probably later.

‘It’s not very pleasant but you just get on with it because it’s more annoying because you know it’s compromising your lap time.

‘But it’s like riding a roller coaster, you get used to it.’

All teams have had to adapt to F1’s new regulations, but Mercedes have struggled more than most, with Red Bull chief Christian Horner describing his rival’s porpoising issues as ‘particularly aggressive’.

Damon Hill has suggested that Mercedes’ zero-pod design could be the root of their problems. 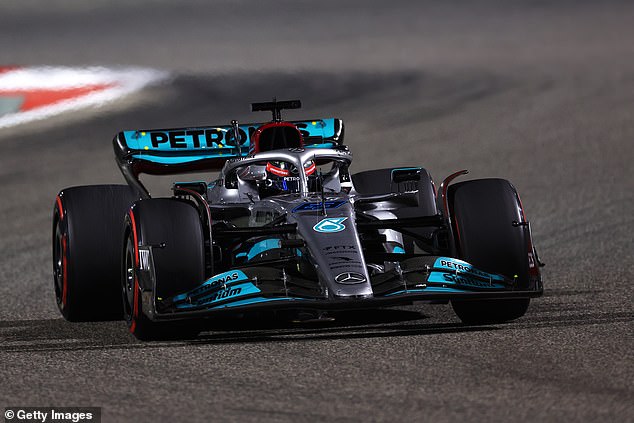 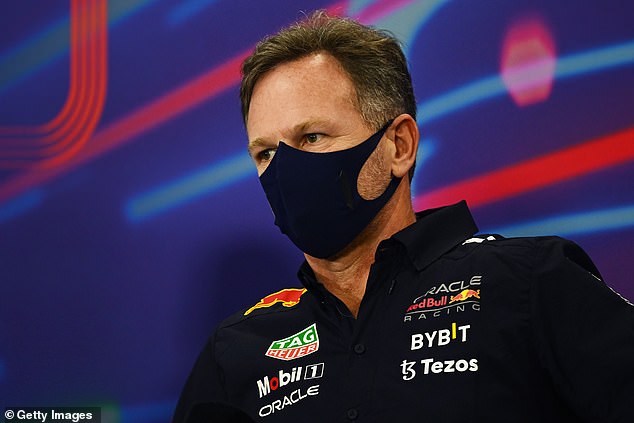 ‘If you look at the Mercedes, there’s a vast area [of the floor], because they’ve got such slim sidepods,’ he told the F1 Nation podcast. ‘There is not much there to hold the floor up!

‘It could be that they’re getting more of this flex, which is creating a problem to control the aerodynamics of the back of the car.’

Russell only overtook one car in Bahrain – Kevin Magnussen’s Haas – so was unable to give a comprehensive answer on how the W13 handled the race.

‘The only person I overtook was Kevin in the Haas and I think they had quite a pace advantage,’ he said. 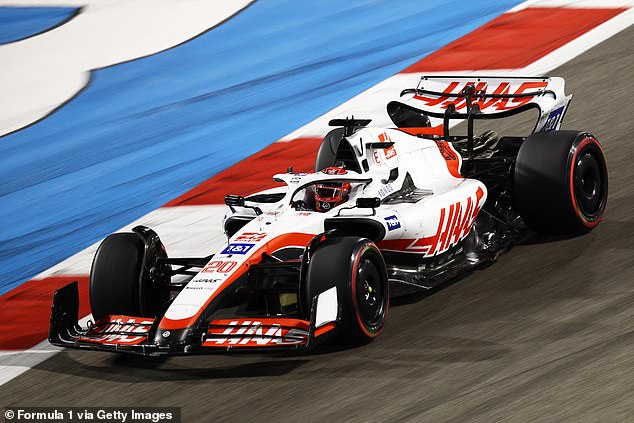 ‘I mean, it felt relatively good and easier to follow, but obviously the cars are much heavier and Bahrain is always a tricky race with the surface temperature.’

Russell’s admission on Haas’ pace advantage comes after the American-owned team ended their 28-race wait for a point as Magnussen, who only joined shortly before the start of the new season, finished fifth.

Haas were the only constructor to fail to score a point during the 2021 season having chosen to focus on developing their car for 2022’s regulation changes, a decision that paid off with their performance in Bahrain.