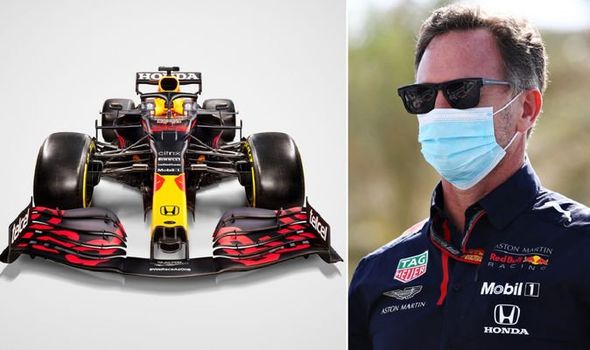 Red Bull boss Christian Horner has explained why the team have named their 2021 car the RB16B rather than the RB17, as was expected. Horner insists there will “never” be an RB17, with the Milton Keynes-based team to name their 2022 challenger the RB18. Red Bull unveiled their latest car on Tuesday with significant carryover from 2020 due to the financial repercussions of the coronavirus pandemic.

Red Bull harbour hopes of providing a sterner test to world champions Mercedes in 2021 with the Silver Arrows having claimed all of the last seven F1 Constructors’ and Drivers’ Championships.

In 2020, Mercedes finished 254 points clear of Red Bull although the latter ended the year strong with an impressive Abu Dhabi Grand Prix victory through Max Verstappen.

It is hoped Red Bull will carry that momentum into 2021 with Verstappen having only won two of 17 races last season compared to Lewis Hamilton’s 11 victories.

The Dutchman suffered five DNFs which resigned him to third, having managed a podium finish in 11 of the 12 races in which he reached the finish line.

Verstappen, a winner of 10 Grands Prix, is joined by Sergio Perez this year, the Mexican replacing the struggling Alex Albon, who will act as a reserve driver.

The hope is that Red Bull will now have two drivers that can rival Hamilton and Valtteri Bottas for wins, podiums and pole positions rather than just one. Their hopes of denying Hamilton a record-breaking eighth title surely rest largely on Verstappen, however. 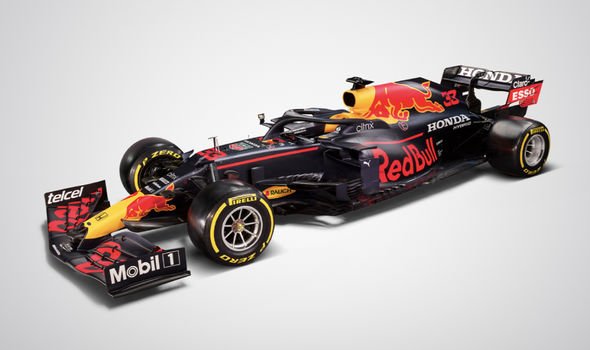 The Austrian drinks company team confirmed their 2021 car on Tuesday morning on social media with this the final one that will be powered by Honda.

The newly-formed Red Bull Powertrains Limited will take over their engine project from 2022 onwards, although they will still use Honda technology despite their withdrawal from F1.

Yet out of keeping with tradition, Red Bull have named their 2021 car the RB16B rather than the RB17.

And team principal Horner explained to German outlet Auto Motor und Sport: “It’s the first time we’re taking a chassis with us into the new season.

“And because of the homologation regulations, there is also a high percentage of parts. That’s why it’s more honest to call the car RB16B.

There are many similarities between the 2021 car and Red Bull’s 2020 effort, with the livery using a similar dark blue colour that incorporates the iconic bright red and yellow colours of the drinks company.

Aston Martin no longer features among the sponsorship details having been dropped as the team’s title sponsor.

The iconic British manufacturer are instead focused on their own F1 cars as the team rebranded from Racing Point, with Lawrence Stroll – father of driver Lance – having taken over Aston Martin.

In their statement on their official website, Red Bull say: “On the surface the first images of the new car suggests that not too much has changed over the winter.

“And while the deferral of new regulations to 2022 means that indeed there is a lot of carryover to this season, it doesn’t mean that our crew of highly-qualified designers have been lounging about on comfy pillows all winter.

“Far from it, as under the skin the RB16B features plenty of changes that maintain F1’s status as a serial battle of the boffins.

“Of course, one of the major changes for this season is of course under the engine cover.

“For its final season in F1, Honda is introducing a new power unit and it’s this heavily revised beast that Max and Sergio will get a first taste of tomorrow [Wednesday].” 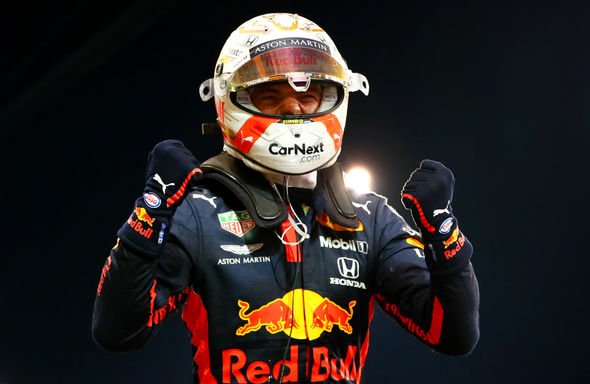 Red Bull hope that the RB16B will help them to bridge the gap to Mercedes as they seek to lead the pack for the first time in eight years.

Not since Sebastian Vettel in 2013 have they had a championship-winning car, with Mercedes unrivalled since, Hamilton claiming six titles and the retired Nico Rosberg one.

Horner said to Autosport ahead of the 2021 F1 season: “We’ve seen one team be totally dominant for the last seven years.

“And with continuity going into this year of largely car and drivers [being the same], on the Mercedes side, you would expect them to be in a very strong position again.

“But I hope by using the lessons that we’ve learned from 2020, we can put a more sustained challenge to Mercedes, who will undoubtedly be incredibly strong and very much the favourites this year – particularly off the back of a car, which was arguably their best car of the hybrid era.

“That’s going to be quite a challenge for us. But one that we’re relishing.” 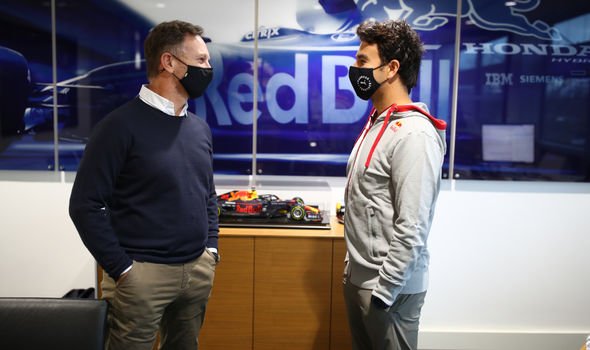 He added of Perez and Albon to Auto Motor und Sport: “Sergio has a lot of experience. He can carry a car to the finish and stroke the tires. He is a tough fighter.

“We hope that he brings more balance to the team, similarly like we once had it with Max Verstappen and Daniel Ricciardo.

“Hopefully Sergio will get the chance to sit in a good car. It’s up to us to make it available to him.

“We all wanted Alex to keep his seat. He has potential, but he lacked the consistency. That is why he will keep his place in the team, reserve and simulator – being a driver and doing the tire tests.

“He has accepted that role and will try to make the most of it. It was an unusual gift to have a driver like Sergio Perez on the market.

“We didn’t have to rush to act, we could sound out the whole season and analyse our driver situation. All in all, it made the most sense for us to team Sergio with Max.”