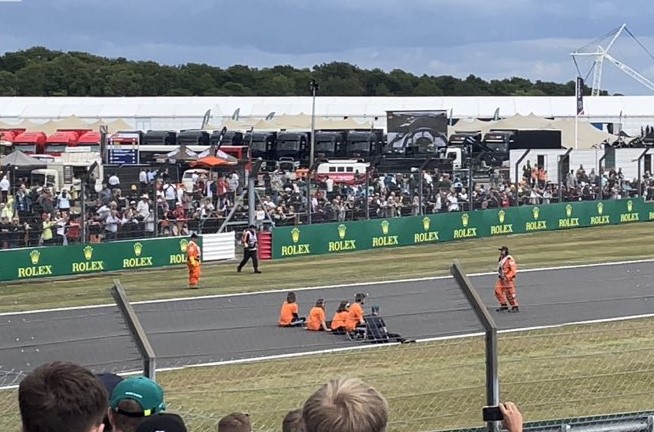 Protestors stormed the track at Silverstone just moments after the huge crash during the opening lap of the British Grand Prix on Sunday.

Earlier this week, police warned of credible intelligence that a protest was planned for Sunday’s race and said any demonstration during the race would ‘jeopardise lives’.

The race got red flagged just after the protestors came onto the track. Genuinely thought someone was going to get hit. pic.twitter.com/AKt8BCZaBO

A statement from FIA and F1 read: ‘We can confirm that after the red flag, several people attempted to enter the track.

‘These people were immediately removed and the matter is now being dealt with by the local authorities.’